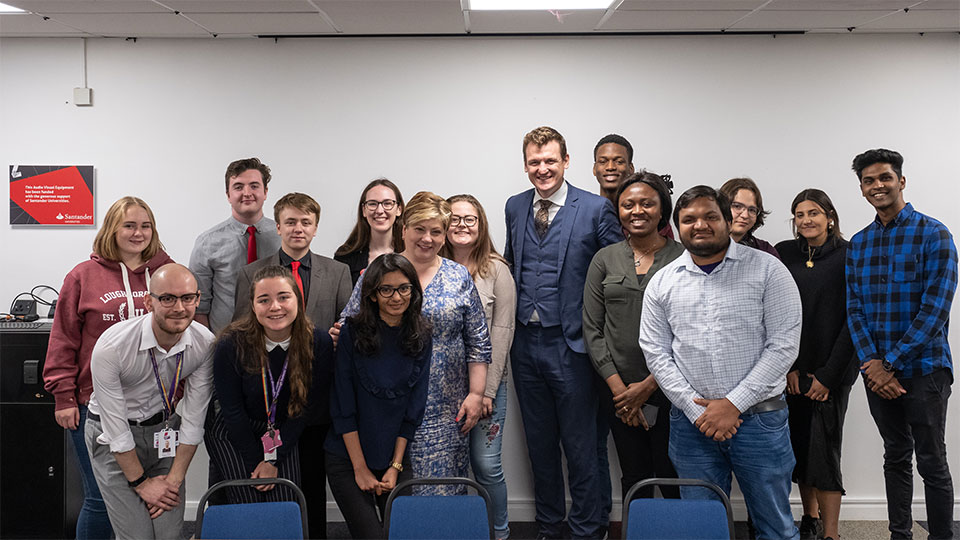 Her visit included a number of updates on Loughborough’s international activity, from game-changing research projects to our global student community.

She also had a discussion with Paul Thomas, Professor of Analytical Science, about the European Commission-funded TOXI-triage project, which, led by Loughborough, brings together 18 specialist teams across Europe to revolutionise the way emergency services across the globe tackle life-threatening chemical, biological, radioactive or nuclear (CBRN) incidents.

In addition, she met with members of the University’s senior management team, including Vice-Chancellor Robert Allison, to hear about the institution’s key strengths and areas of influence, as well as a discussion about issues affecting the higher education sector. 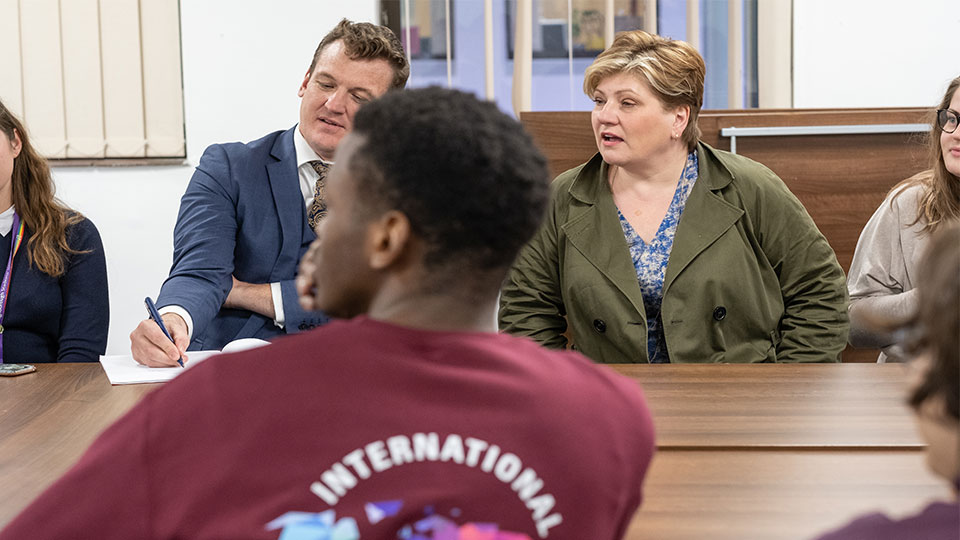 The visit concluded at Loughborough Students’ Union, where the Emily was joined by a group of international students, members of the student Labour Society, Union President Salomé Doré and the Executive Officer for Welfare and Diversity, Matt Youngs.

They took the opportunity to ask questions of the Shadow Minister, including the impact of national policy and issues that affect international students, such as banking, security and tuition fees.

Emily Thornberry MP said: “It was a pleasure to meet both staff and students at Loughborough University and to tour some of their impressive facilities alongside Stuart Brady, Labour’s parliamentary candidate for Loughborough.

“It is clear that this is a university where staff are passionate not only about the education of their students, but about the role that Loughborough can play in the community, in the country, and internationally.

“I am eager to see what the future holds for the university and hope to see it work closely with Stuart, who will work hard to ensure that Loughborough can fulfil its potential as a leader in British research.”

Matt Youngs, Loughborough Students’ Union said: “It is always welcoming for a public figure to hear of the experiences of students here at Loughborough. We are proud of the diversity of our student cohort and they should feel listened to at every level of the debate, be that locally or nationally.

“We would like to thank Emily for taking the time to meet with representatives of the Loughborough family.”