Helping children grow is about much more than a better diet: A study of youngsters from urban slums 18 June 2019

Breastfeeding and vitamin and mineral supplements alone are not enough to prevent stunting of a child’s growth, according to a new report which examined health interventions in poor urban areas. 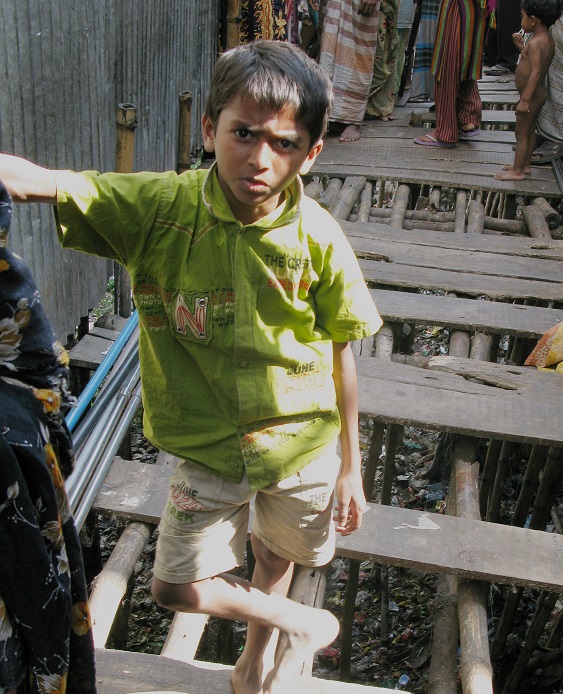 Around one billion people around the world live in slums in low and middle-income countries like India, Bangladesh or Kenya.

Within those communities, infants and children are among the smallest in height for their age globally, with up to 60% falling into the ‘stunted’ category – the term is used to describe a person whose height is short for their age.

Stunting is associated with greater susceptibility to infection, cognitive and behavioural deficits.

Academics at Loughborough University reviewed 15 studies related to nutritional interventions and growth, which included more than 9,300 children under five, as well as 3,700 pregnant women.

They found that schemes which promoted health interventions in slum areas, such as breastfeeding and introducing supplements, did not decrease stunting among children.

Professor Paula Griffiths said: “The studies that we reviewed from poor urban areas show that half of children on average are stunted and nutritional interventions alone are currently not greatly reducing stunting in these environments.

“This indicates that there is a need to understand what types of intervention work to improve this situation.”

The team reviewed the impact of nutritional interventions, such as nutrition education, nutrient supplementation of mothers, infants, and children with zinc or iron, nutrition systems strengthening, or a combination of these.

The study involved research into interventions carried out in eight countries:

None of the interventions improved growth in height, but some increased weight of the infants at birth.

“Starvation will cause growth impairment, but the inverse relation connecting short stature with a shortage of food alone lacks substantiation, but still drives many interventions to reduce stunting in poor urban areas.

“We propose that in addition to nutrition, living in poverty with food and housing insecurity and unhealthy environment, emotional trauma, and other stress insults are some, but not all of the factors that explain the short stature of many children living in slums in low and middle-income countries.”

With no evidence that nutritional interventions had any significant impact on newborn birth weight and length, the report recommended practitioners, governments and international development organisations to rethink their nutritional programmes in poor urban settings.

“The studies that have been undertaken largely take interventions that have been shown to work for rural populations in low-and-middle-income countries and apply them in the urban areas.

“Evidence we present in the review from the evaluation of such interventions shows that they are not having large effects on the growth of infants and young children.

“There is, therefore, an urgent need to rethink interventions to take into account the different challenges of poor urban environments to those in rural areas.”

“These elements, combined with overcrowding, mean that slum-dwellers are exposed to an increased risk of infectious diseases.

“Women, infants and young children are typically the ones who suffer the most, resulting in poor nutritional health, high mortality/morbidity rates and a high risk of intergenerational malnutrition.

“With rapidly increasing urbanization in low and middle-income countries, greater attention should be brought to tackling stunting in these locations.

The review was carried out in partnership with Cochrane, the African Institute for Development Policy (AFIDEP), and the AXA Research Fund.

The review shows the need to better understand urban slums and their families.

Previous research by the same team found that successful interventions raise awareness, involve local and national governments to prevent malnutrition, give families the ability to care for their children and provide hope for the future.

Change leading to a hopeful future is the best way toward healthy growth of children in poor urban slums.

Read the full paper: Nutritional interventions for preventing stunting in children (birth to 59 months) living in urban slums in low‐ and middle‐income countries.