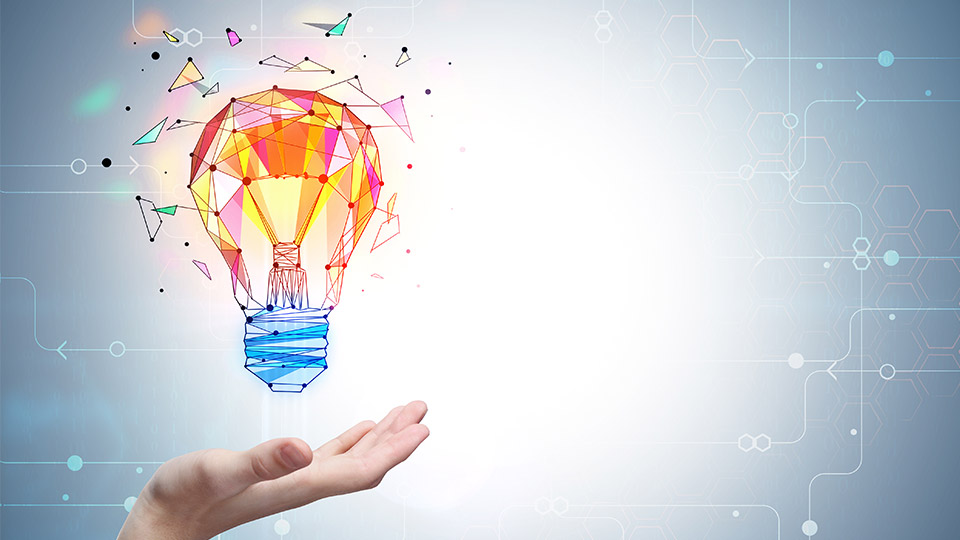 A Loughborough University academic has been awarded funding to conduct research in an area of Mathematics that studies complicated and beautiful geometric shapes using algebraic tools. 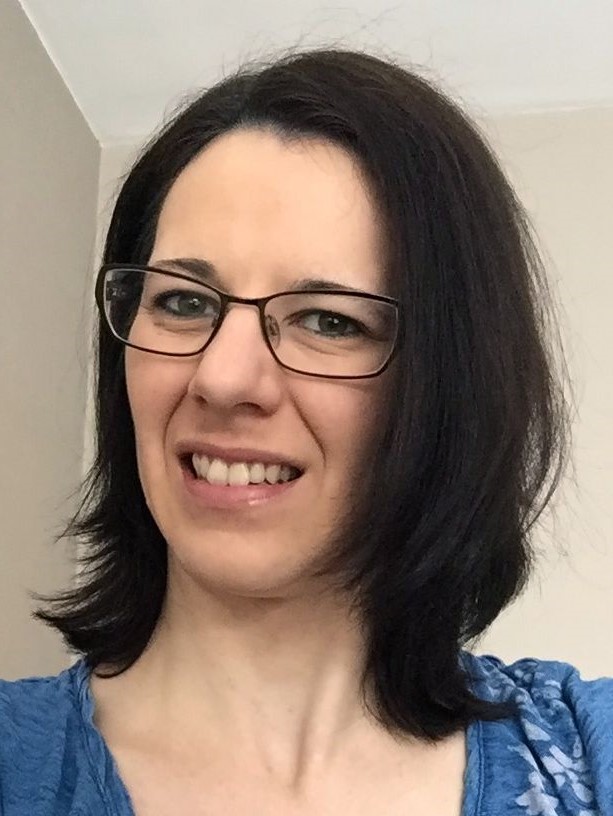 Dr Elisa Postinghel, of the School of Science, has been named a recipient of the Engineering and Physical Sciences Research Council (EPSRC) New Investigator Award and has been provided with funding of £203,354 to develop new mathematical methods to describe and classify shapes in four or more dimensions.

Classifying shapes by their geometric properties is an area of fundamental mathematical research.

Shapes can often be classified (grouped) into basic geometric objects such as points, lines, curves, planes (a flat, two-dimensional surface that extends infinitely), a plane figure (such as a square or circle), or a solid figure (for example, a cube or sphere).

However, most shapes occurring in the physical world are complex. Many geometric objects that appear in science and nature are so complicated they defy traditional mathematical description making it hard to classify them.

One solution to this is to use algebra to see what geometric objects have in common; this entails describing them as a set of equations.

These equations are then used to describe the intrinsic geometric properties of these objects and see how different shapes relate to each other and how they are equivalent. 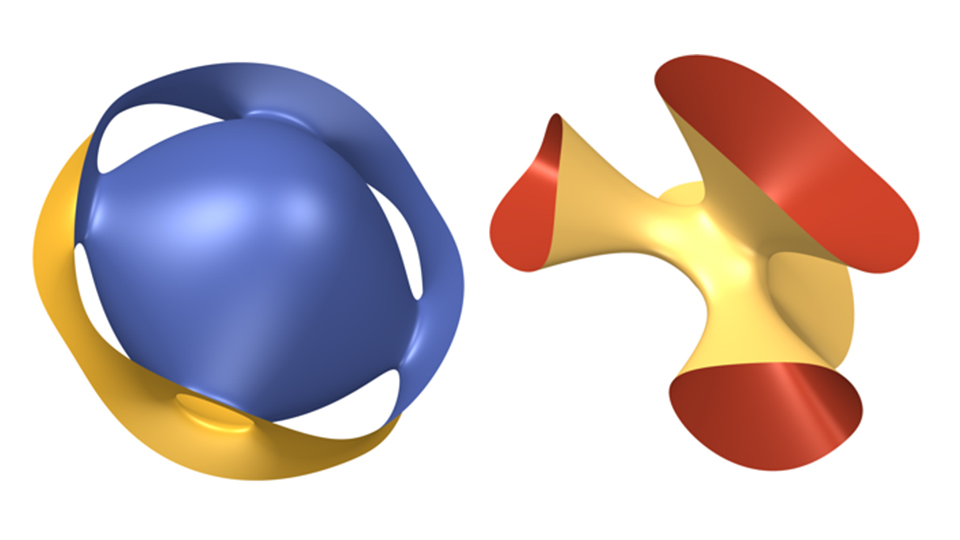 Surfaces in 3D space that share geometric properties and can be described by one equation. Image courtesy of Dr Artie Prendergast-Smith.

Dr Postinghel’s project is to run for two years and will first focus on the simplest shapes that enjoy symmetric properties such as the sphere, which is symmetric under rotation about any axis passing through its centre.

Once she has determined algorithms for these simple shapes, she will go on to more complex challenges, for example, shapes that are formed by combining several simpler ones together.

The project’s main focus is on classifying Fano varieties and moduli spaces. These are among the most well-studied shapes due to their beautiful geometry and their connections with theoretical physics and string theory.

There have been many attempts to classify these geometric objects but much still needs to be done in order to achieve a complete understanding.

This project looks to develop effective methods to classify these objects using a relatively new theory called The Theory of Newton-Okounkov Bodies. 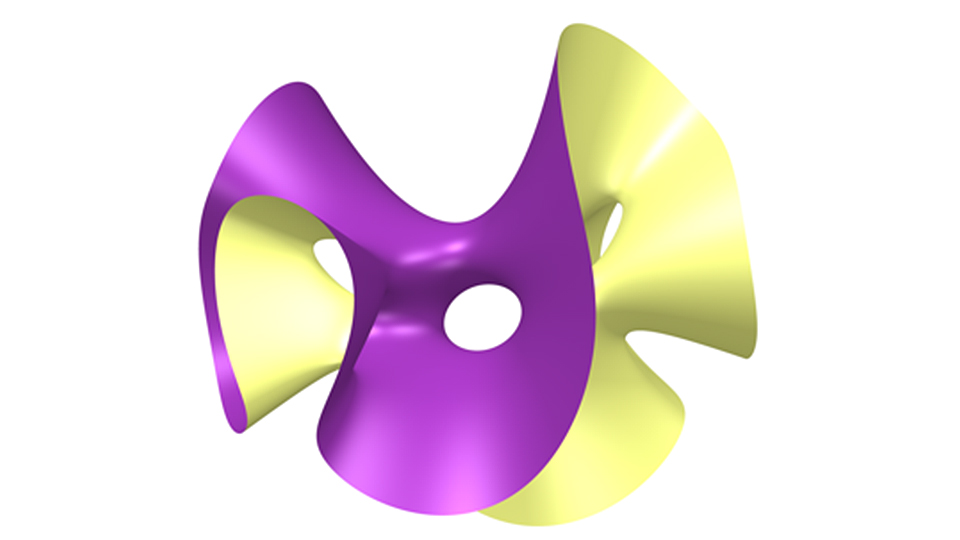 An example of a Fano surface in 3D space. Image courtesy of Dr Artie Prendergast-Smith.

Dr Postinghel’s project – titled ‘Classifying algebraic varieties via Newton-Okounkov bodies’ – will make a major contribution to Algebraic Geometry, an emerging area of Pure Mathematics in which the UK has a long tradition of excellence.

The study will also put Loughborough at the forefront of research in this area, raising the profile of the geometry work undertaken in the Department of Mathematics.

Commenting on the project, Dr Postinghel said: “It is human nature to want to classify things and put them in categories - and sub-categories - that reflect their properties.

“Similarly, in Mathematics we are interested in classification problems, that are solved by first choosing a category or an equivalence relation, "two objects are equivalent if they satisfy a certain property", and then by listing all possible equivalence classes, namely sets of equivalent objects.”

She continued: “It is an honour to have been awarded the grant. The research group at the Department of Mathematical Sciences of Loughborough University is young and what I hope is that the successful completion of this project will boost the status of the group and weave Loughborough into the fabric of UK Algebraic Geometry.”