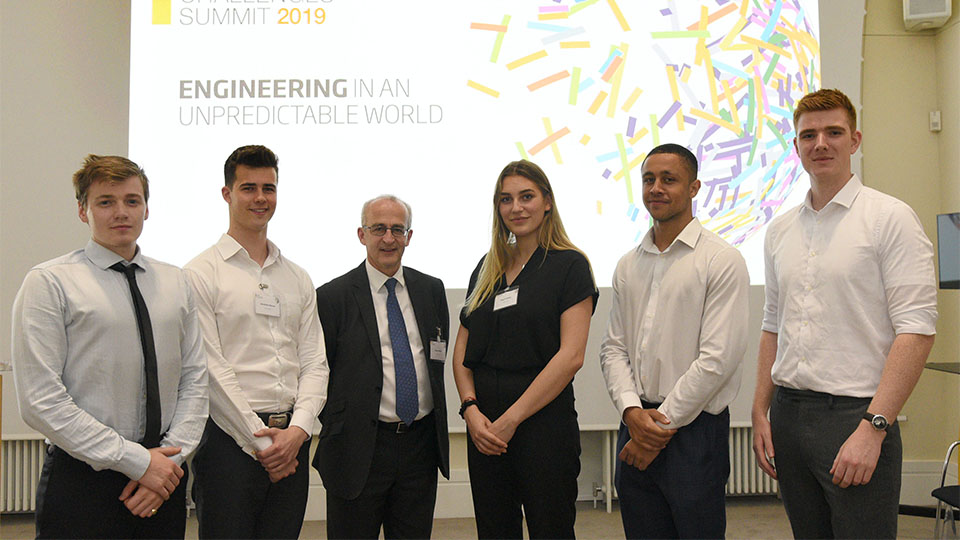 Two groups of students from Loughborough University will represent the UK in the finals of the Royal Academy of Engineering’s Global Grand Challenges Summit student competition.

The first team is comprised of Tegan Forbes, Jonathan Barnes, Oliver Glover-Wilson, Luis Goate and Ross Macdonald, all of whom study within the School of Mechanical, Electrical and Mechanical Engineering and the School of Business and Economics.

Their innovation is a self-sustaining, off-grid toilet block designed in a shipping container to tackle the lack of sanitation in both rural and urban communities. This would also form part of a process where the human waste would then be used as both a high-quality fertiliser and electricity for local lighting and phone charging.

Undergraduate students Abbie Hurt and Chiara Brown are representing the School of Architecture, Building and Civil Engineering as Loughborough’s second team through to the competition finals.

What made their success even more impressive was the fact that three of their original team members had to drop out of the competition in April, meaning they have beaten teams made up of five or six people – some of whom were PhD students – from some of the top universities in the UK. 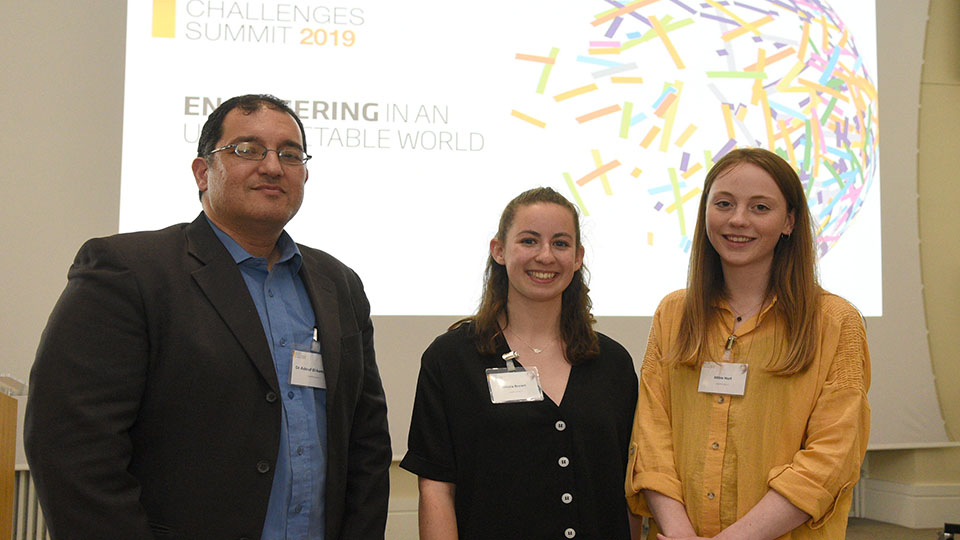 Their idea is focused around disaster relief shelters, designing medium-term housing for victims of a natural or humanitarian crisis who have nowhere to live.

They have designed the shelters to be modular so they can be adapted easily, and also to accommodate both private spaces for families and open areas to encourage a community feel after a disaster.

Both teams have been mentored by academics from the University, who have provided technical support and have guided them through their ideas, fine-tuning certain aspects and offering regular feedback.

Talking about their progress in the competition, Dr Ashraf El-Hamalawi - who mentored Chiara and Abbie - said: “This is a tremendous achievement for Loughborough to have two teams out of five representing the UK.

“Abbie and Chiara really impressed us with their dedication, hard work and commitment, so it’s great to see their work rewarded. Words cannot describe how incredibly proud of them we all are, and I look forward to the final in September.”

Fellow mentor Dr Mey Goh added: “This is a great testimony of the excellent innovative and technical abilities of our students who can really apply their skills to solve challenging and practical problems. We are very proud of their achievement in our first competition.”

Both teams will now go into the final alongside three others from the UK, competing against teams from China and the US in September.

The competition is part of the Global Grand Challenges Summit, a significant event which is televised internationally and has seen the likes of Bill Gates and Amazon CEO Jeff Bezos attend. A number of prominent speakers will be attending this year from organisations such as Google Cloud, Siemens UK and Wired magazine, who will watch the Loughborough teams present.

The Summit takes place from 16-18 September, with the overall theme for this year being Engineering in an unpredictable world. More information including a full programme can be found online.