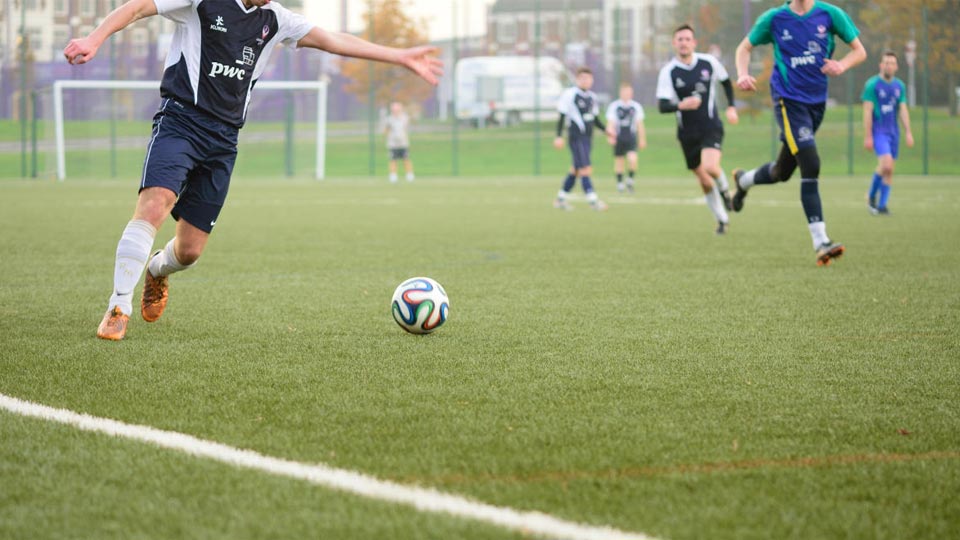 Academics from Loughborough University have joined forces with the Twinning Project, an initiative that uses sport to help prisoners prepare for release and provides a route to paid employment.

Dr Christopher Kay (Criminology and Social Policy) and Dr Carolynne Mason (Sport, Exercise and Health Sciences) will conduct research into the implementation of the project, measuring its short and long-term impact on participating prisoners and other key stakeholders.

Launched in autumn 2018 and supported by the Ministry of Justice and the UK’s leading football bodies, the nationwide Twinning Project enables professional football clubs - supported by physical education officers from the Prison Service - to deliver coaching, refereeing and other employability-based qualifications to prisoners.

Loughborough’s study has already commenced and will be split into four phases:

“We are thrilled and privileged to be invited to evaluate the Twinning Project. By visiting the twinned clubs and prisons, and speaking to those directly involved, we hope to gain an understanding of both the process and the outcomes of the initiative. As a result, we will be able to identify what works and how; and this will enable us to contribute to the success of the Twinning project both in prison and in the community.

“Ultimately, our research aims to help bring about positive change in the lives of prisoners in order to enhance their chances of being able to make a positive contribution on their release from prison. We hope the ripple effect of these changes will then be felt across individuals, families, and the wider community.”

Loughborough University will also be working alongside colleagues from the University of Oxford who will be conducting research of their own to address how the project is a success.

“Establishing these partnerships with the University of Oxford and Loughborough University is an essential step in expanding and strengthening the Twinning Project to help people and communities across the UK.

“These studies will examine exactly what impact sport can have on changing the lives of offenders and offering them the second chance that prevents them from reoffending. We are delighted that these two prestigious universities will measure the material impact of the Twinning Project, enabling us, together with the Prison Service and the football clubs, to tackle reoffending rates and bring about lasting change in the UK.”

The first set of results are due to be released in late 2019 and these will be presented at a “knowledge exchange festival”, attended by clubs and other stakeholders involved in the project, with the primary aim of sharing insights and best practice.

The full findings of both studies are expected to be released between 2023-2025.

About the Twinning Project