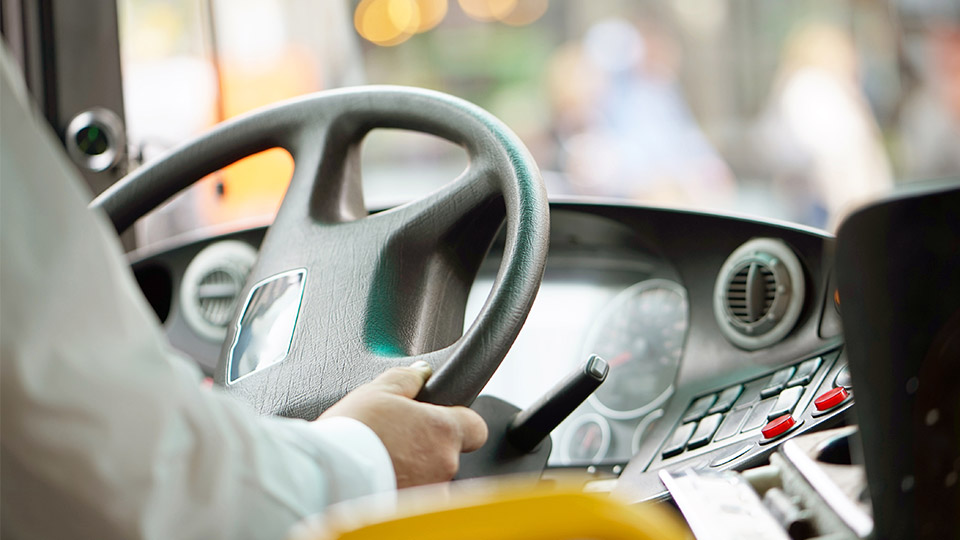 Tough measures to improve road safety by tackling bus driver fatigue have been set out by Transport for London, thanks to world-first research led by Loughborough University.

The study, published today, provides more information for the industry to act and achieve the ambition of no deaths or serious injuries on London’s roads.

Dr Ashleigh Filtness, of the Transport Safety Research Centre based in the School of Design and Creative Arts, led the research, which was commissioned by Transport for London (TfL), in collaboration with the Swedish National Road and Transport Research Institute (VTI).

The project saw the research team use a variety of methods, including group discussions with drivers and discussions with managers, to try and understand fatigue and sleepiness for London bus drivers.

They surveyed drivers and found that one in five of the drivers who responded reported having fatigue-related issues more than once a week while driving.

The study is also the first in the world to use applied on-road data collection methods for assessing drivers fatigue and sleepiness while they are driving in-service buses.

As a result of the research findings, TfL has set out the following key measures:

The study also provides new information to help address the risk of collisions and more evidence for TfL’s Bus Safety Programme, which has targeted issues identified by collision data and aims to deliver immediate improvements to road safety.

Although the researchers have not suggested that there is a single solution, they did conclude that better partnership working between TfL, bus operators and bus drivers will deliver an even safer bus network.

Dr Filtness commented: “We used a number of different methods, including survey, discussion groups, interviews and the first ever fatigue on-road study conducted on a live bus route, to try and understand fatigue for London bus drivers.

“Approximately one fifth of survey respondents reported fatigue, which is similar to what has previously been observed in Sweden, recognising that fatigue is an important issue for bus drivers.

"Overall, a variety of both work and home-life factors were found to contribute towards fatigue. Some potential solutions for inclusion in a holistic approach, emphasising shared responsibility across the industry, have been proposed.

“It is vital to have a holistic approach – everyone working together including drivers, managers, operators at all levels, TfL, borough councils, unions, and the Department for Transport – to tackle this because it is so complex with multiple and varying causes.”

She continued: “I hope this research contributes towards improved road safety and also highlights that fatigue and sleepiness is a serious safety concern.

“It is as relevant for city bus driving as for the more traditional concerns for long distance truck driving, although causes and characteristics of how it manifests may be different.”

It is hoped this pioneering evidence will spark discussions at a national level.

The research report has been shared with stakeholders who have a key role to play in addressing road safety, such as the Department for Transport, the Traffic Commissioner, the Health and Safety Executive, the Confederation of Passenger Transport and the Urban Transport Group.

Claire Mann, Director of Bus Operations at TfL, commented: “This report builds on the issues that Unite the Union raised, and allows the whole industry to go one step further.

“With the evidence from this study, we will require bus operators to have fatigue risk management systems and more formal fatigue training for managers.

“We’re also working with the bus operators and Unite to create a programme to gather ideas for how we can further respond to the report. It is through working together across the industry that we can address this vital issue and make our buses lead the way when it comes to reducing risk on the roads.”

Heidi Alexander, Deputy Mayor for Transport, added: “The actions set out by TfL today in response to the research are the start and not the end of the work that they will do to address bus driver fatigue and I am confident that, with the co-operation of bus operators and drivers, we can make London’s bus network ever better and safer than it is today.”

Loughborough University’s Bus Driver Fatigue report can be read in full here and more information on TfL's announcement can be found here.