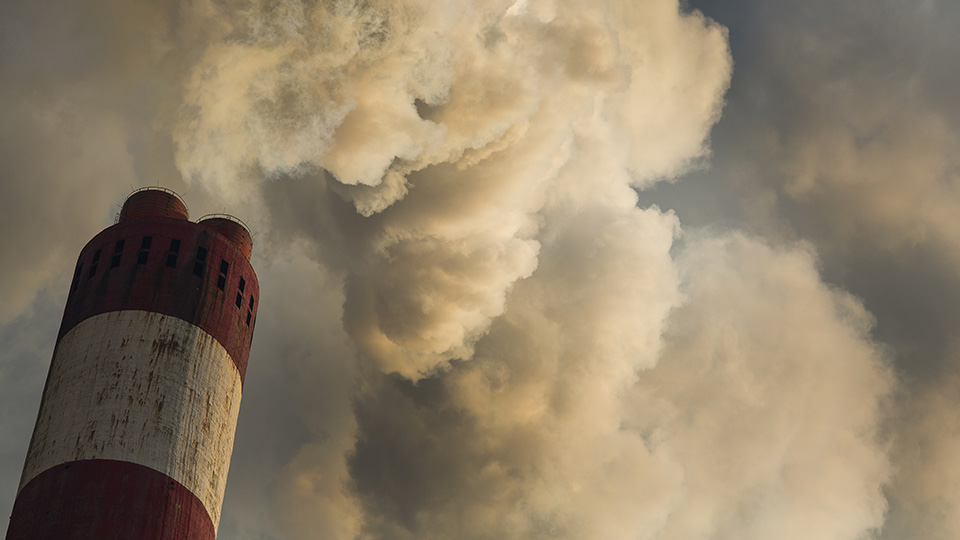 Dr Paola Signoretta, a Visiting Fellow in Loughborough University’s School of Social Sciences and Humanities, presented the findings of her latest study at the European Sociological Association Conference yesterday, which concludes that people’s mental wellbeing is affected by the perception of air pollution in their neighbourhood and by government environmental activity.

The research, which Dr Signoretta conducted in collaboration with Dr Veerle Buffel, of the Catholic University of Antwerp, and Professor Piet Bracke, of Ghent University, involved analysing survey data on 25,000 people in 20 European countries, including the UK.

The researchers compared survey participants’ self-reported mental wellbeing, perception of air pollution in their neighbourhood, levels of sulphur dioxide pollution in the air, and their government’s actions to tackle environmental problems.

They found in countries that are more dedicated to tackling environmental problems – such as the UK, Sweden and Germany – perceived air pollution reduced people’s mental wellbeing compared to other countries.

The study also revealed in areas where air pollution is worse – such as Italy, Belgium and Portugal – people appeared to be less affected, which the researchers suggest may be because they aren’t aware of the problem.

Participants were asked to rate their mental wellbeing on a scale of 0 to 10 as part of the survey.

This finding came after the researchers adjusted raw data to exclude factors such as the educational level of those in the survey, in order to study perception of air pollution in isolation.

No significant association was found between objective air pollution (the actual air pollution levels in a country) and mental wellbeing.

Dr Signoretta commented: “One of the current environmental and public health emergencies is the risk posed by air pollution to physical human health, as for instance the negative association between air pollution and respiratory and cardiovascular diseases documents.

“Increasingly, the effect of air pollution on subjective wellbeing and mental health is also under scrutiny.

“It might be assumed that individuals who live in more advanced ecological states are better environmentally educated, more aware of environmental issues and might feel more protected from environmental hazards because of the environmental actions undertaken by their governments.

“However, we found in those countries which gave a higher priority to tackling environmental issues, citizens might be more aware of the negative consequences of environmental problems and that their higher awareness might bring them to be more vulnerable, in terms of mental health, to major air pollution problems, despite their country being a good environmental state.

“So, the initial steps of governments to clean up the environment will probably not immediately translate into better personal wellbeing. Instead, these policies could raise awareness and resentment and contribute to worse mental wellbeing.

“Citizens’ expectations may rise when governments start cleaning up their act and the environment, which may increase resentment about any barriers to a more bountiful ecological future.”

The full research paper, titled ‘Mental wellbeing, air pollution and the ecological State, Health and Place’, can be found here. This work was funded by a British Academy/Leverhulme Small Research Grant.

The data was provided by the European Quality of Life Survey, wave 3 (2011–2012), the final sample contained information on 25,007 respondents. The 20 countries were: Austria, Netherlands, Denmark, UK, Sweden, France, Germany, Finland, Greece, Poland, Slovakia, Spain, Italy, Belgium, Ireland, Portugal, Hungary, Czech Republic, Estonia and Slovenia. Data on the environment and other factors were taken from the European Commission and the European Environment Agency.

The European Sociological Association is held its 14th biennial conference from 20-23 August 2019 in Manchester, UK, at Manchester Metropolitan University and the University of Manchester. More than 2,500 presentations were given, along with a PhD summer school and other events. The ESA is an academic association of sociologists and a non-profit making, Europe-wide association with 2,800 members. It facilitates research, teaching and communication among sociologists, and between sociologists and other researchers, and gives sociology a voice in European affairs. The ESA organises and supports up to 40 events each two-year-term and publishes two scientific journals. It was established in the early 90s and is based in Paris, registered under French law since 2001:  www.europeansociology.org