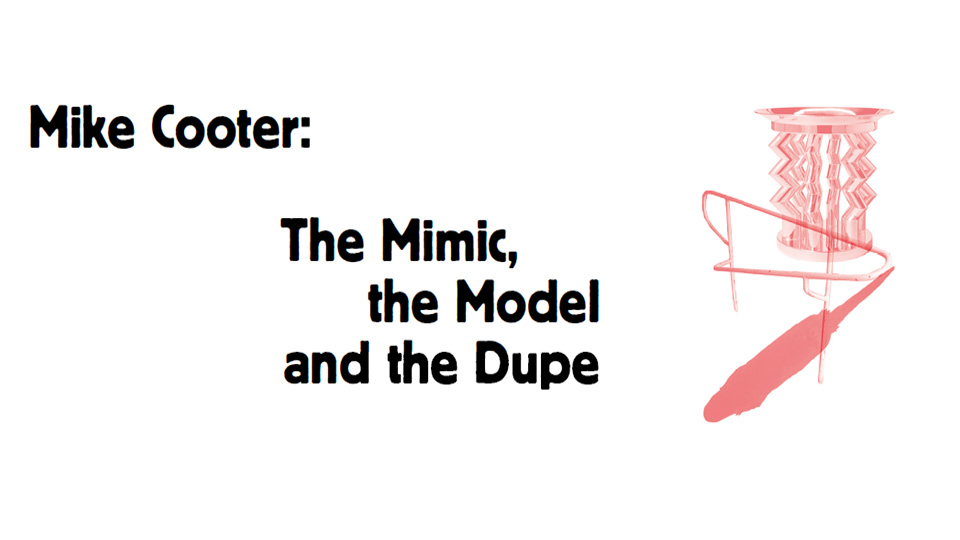 Staff, students and members of the public are invited to an exhibition that uses items from Leicester’s historical collections to examine the role and status of objects.

Radar – LU Arts' contemporary programme that commissions artists to respond to academic research – has invited Mike Cooter to engage with New Walk Museum and Art Gallery’s collection to create an exhibition that takes inspiration from the work of Tadeusz Kantor.

Kantor was an artist and theatre director, renowned for his revolutionary theatrical performances in Poland and other parts of the globe. He had a particular interest in the role and status of objects and how they can be transformed from their standard forms of use.

Mike’s exhibition, 'The Mimic, the Model and the Dupe', will draw on Kantor’s 'Anti-Exhibition' (1963) and the work of Leicester-born naturalist Henry Walter Bates (1825-92), who lends his name to a specific form of mimicry in animals.

From a taxidermy dodo to golf ball moulds, a mechanical horse to bespoke scientific glassware, Mike has selected close to 50 items that span across fine art, natural history, industrial design, decorative arts and material cultures, which he will organise around and within new artworks produced for the exhibition.

Influenced in part by both Bates and Kantor’s work, Mike’s installation aims to explore how objects perform independently and form symbiotic relationships with the individuals and organisations that host them.

A series of bespoke guide rails produced for the exhibition, for example, will steer visitors around the items on display, functioning somewhere between artwork and infrastructure.

Mike said: “While Bates’ research on mimicry and Kantor’s ‘object theatre’ are the starting points, their work suggested a number of productive intersections with my own research concerning the status of objects and the historical role of exhibition design.

“The items uncovered pushed the project in unpredicted directions, and the more research visits I made, the more fascinating people and things I encountered.”

The Mimic, the Model and the Dupe will be at New Walk Museum and Art Gallery, Leicester, from 14 March – 6 May.

Director of LU Arts Nick Slater commented: “This ambitious exhibition will not only reveal hidden items and interesting histories from the museum collection, it will also engage with some of Kantor’s work around the role of the object. I am very much looking forward to seeing the final exhibition.”

Kantor has been extensively researched by Dr Dan Watt, Senior Lecturer in Drama at Loughborough University.

The Mimic, the Model and the Dupe is part of a wider programme titled 'The Object is Alive', which has invited artists to develop new exhibitions in response to the work of Kantor and their own interests in the agency of the object.

The exhibition will be accompanied by a major symposium on the influence of Kantor at Loughborough University on the 28 April 2018.