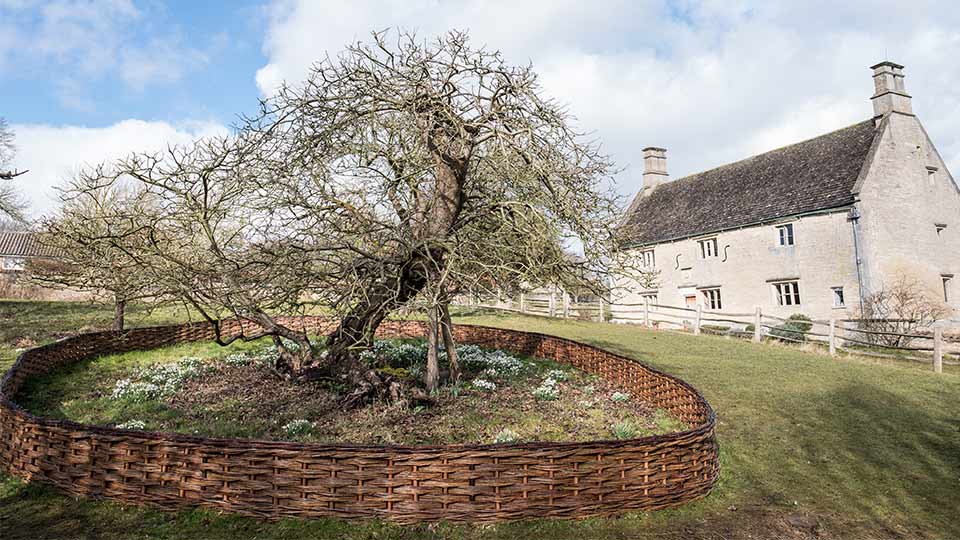 Loughborough University is set to clone the tree that inspired Sir Isaac Newton’s theory of gravity after being gifted a selection of cuttings. 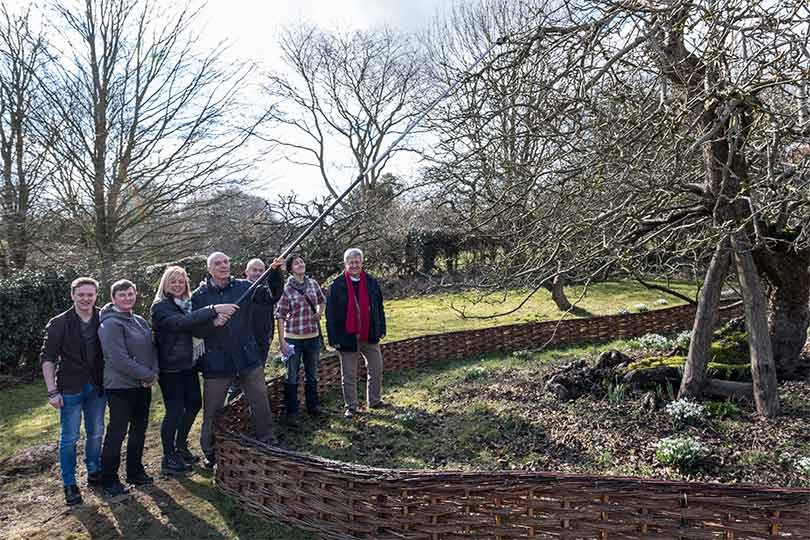 On Thursday (8 March), Professors of Mathematical Sciences and members of the Grounds and Gardens team headed to Newton’s childhood home Woolsthorpe Manor, where he conducted much of his major work having returned there during the Great Plague.

The group was invited to the ceremonial clipping of the apple tree that caused the English physicist and mathematician to question why objects always fall straight down to the ground – leading to his discovery of the law of gravitation.

Today ‘Newton’s Tree’ is an essential part of a pilgrimage to Woolsthorpe and its pips have even been to the International Space Station as part of a programme of experiments for a mission that included British astronaut Tim Peake.

The apple tree is an old variety known as ‘Flower of Kent’ which is not commonly grown nowadays. The University was gifted five cuttings due to an informal co-operation between Loughborough Mathematics and the National Trust at Woolsthorpe.

Professor of Mathematical Engineering Roger Smith is a National Trust volunteer and has on a number of occasions demonstrated different types of pendula to members of the public that visit the Manor.

Professor Smith commented: “Since Loughborough is the closest university to Woolsthorpe, I hope our current informal co-operation can develop into a series of regular events where our staff can demonstrate science to a wide audience.

“A big thank you to the National Trust for this generous gift, I look forward to seeing the cuttings join the Loughborough landscape.”

Jannette Warrener, Operations Manager for Woolsthorpe Manor, said: “We are delighted to be helping to inspire possible future Newtons studying at Loughborough by sharing grafts from our famous tree.

“This is just the start of a great partnership between the National Trust and Loughborough University and we are really looking forward to seeing what we can achieve together.”

The University’ Grounds and Gardens team will now attach each of the tree cuttings to underground stems known as rootstocks. It is hoped they will join together permanently and continue to grow as a single organism – creating ‘clones’ of Newton’s Tree.

After two years of developing, the young trees will be ready to plant on the Loughborough campus. One will be planted near the entrance of the Schofield Building as a reminder of the contribution Newton made to applied mathematics.

Professor Andrew Archer, Acting Dean of the School of Science, said: “Newton is one of the great characters in science and the apple tree story is always retold when we teach the next generation about the important ideas stemming from Newton.

“To have apple trees at Loughborough that descended from ‘The Tree’ is hugely significant and a great honour for us.”