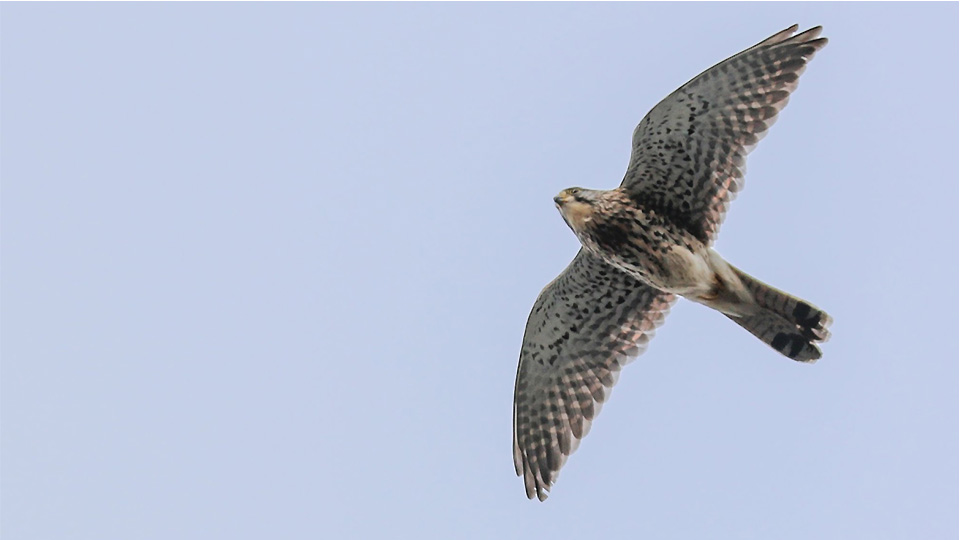 A pair of kestrels have once again returned to their nest on campus – and now you can watch what Loughborough’s feathery friends get up to!

The birds – known collectively as a flight, soar or hover – have been nesting at the university for the past five years.

Initially, they nested on a site that was difficult to monitor, so a nest box was set up in a more accessible area.

In the first year, the mother had three chicks, four in the second year, and last year she produced five.

Recently the female kestrel returned to the nest box, which is located near the University’s Science and Enterprise Park, ready to hatch her young.

Thanks to the University’s Senior Arborist Mark Hillman, Arborist Helen Exley, Computer Systems Developer Dr Jon Knight and the Sustainability Team, the world can watch the bird's every move as the nest has been fitted with a live camera. 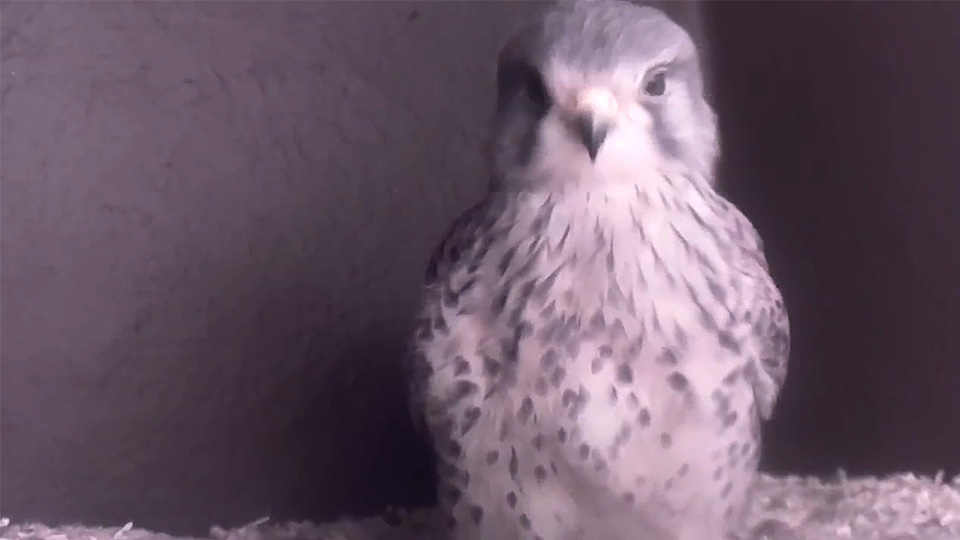 Pictured is the kestrel in the nest box.

Mark Hillman said: “The female is currently on her eggs brooding [incubating].  There will probably be between three and six eggs and they will hatch in 27 to 30 days.

“Soon she will stop flying for food and the male will bring food to her. Their diet consists of mice, voles, shrews, beetles and moths.”

The successful breeding of the kestrels is thought to be largely due to the way in which biodiversity is managed both on and around campus.

The University’s Grounds and Gardens team has supplemented the wildlife diet by putting out grain in a number of locations the kestrels use to hunt.

An increase of grain has also encouraged more rodents for the birds to feed on.

The live stream of the ‘kestrel cam’ at Loughborough University can be found on the Sustainability Team’s YouTube channel.