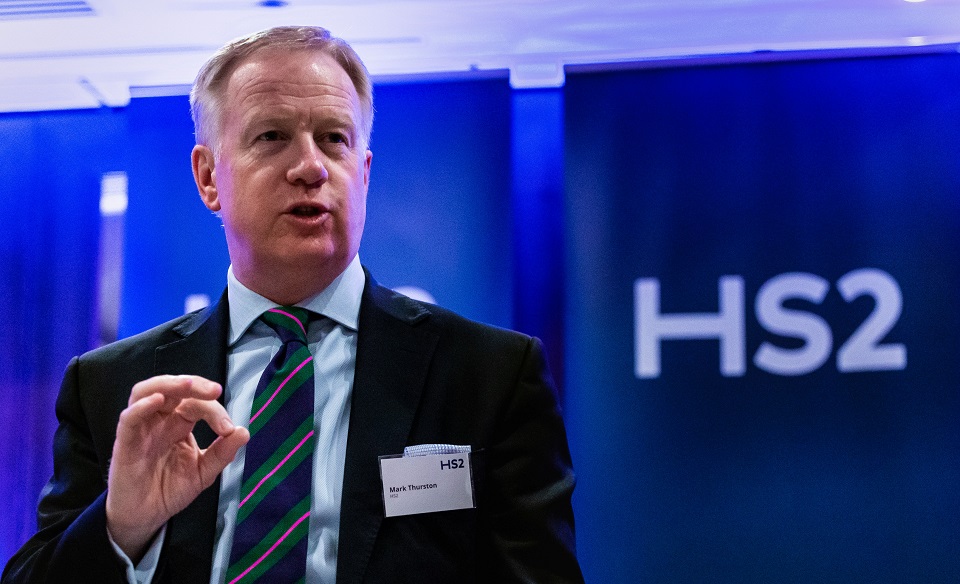 The Chief Executive of HS2 Ltd and Loughborough alumnus, Mark Thurston, has joined the University as Visiting Professor of Complex Project and Programme Leadership. 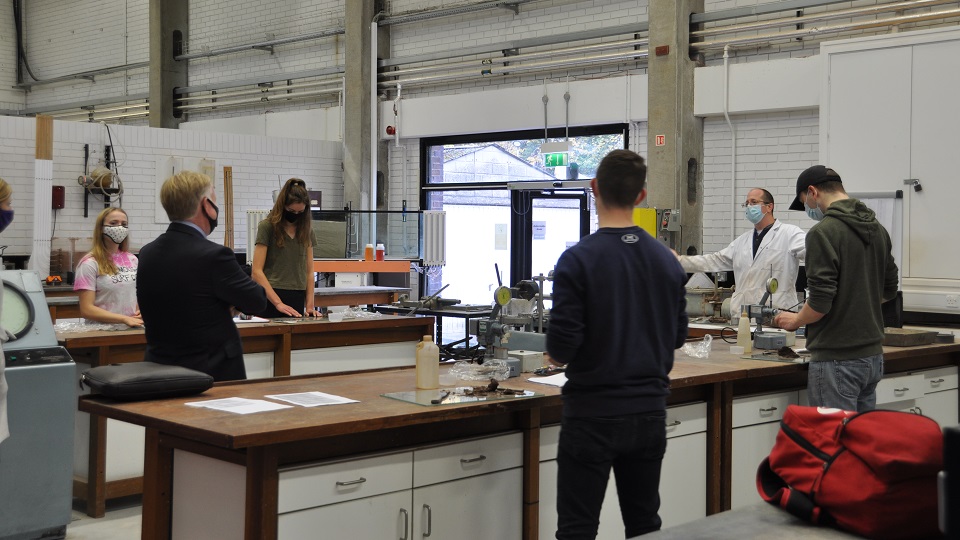 Professor Thurston met some Loughborough students on a visit to the campus last year.

Professor Thurston completed a Master’s in Engineering Management at Loughborough in 2001 and in 2017 was announced as the new CEO of HS2.

With more than 25 years’ experience in project and programme management, he has worked in both the public and private sectors on some of the UK’s largest infrastructure projects.

Before joining HS2 Mr Thurston was the Regional Managing Director, Europe, for CH2M – a global engineering company, headquartered in the USA, that employs over 25,000 people worldwide. Here he spent a significant amount of time in leadership roles on major programmes, including three years as Strategic Projects Director on Crossrail.

And prior to this role he was the Programme Delivery Manager on the London 2012 Olympic and Paralympic Games, where he led the Power Lines Under Grounding project and the £500 million Structures, Bridges and Highways programme.

During his Professorship in the University’s School of Architecture, Building and Civil Engineering he will help to shape the strategic direction of the School’s research and teaching in complex infrastructure programmes, engaging with students across all of the School’s programmes.

Speaking about his appointment Professor Andy Dainty, Dean of the School of Architecture, Building and Civil Engineering, said: “We are absolutely delighted that Mark will be joining as a Visiting Professor within the School. HS2 are one of our most important partners and we have many ongoing collaborative research projects with them. Mark’s appointment will enable us to consolidate and grow this relationship in future years.”

Professor Thurston added: “Having previously studied for my Master’s Degree at Loughborough University it is a real honour to now be a Visiting Professor. Alongside the many benefits the railway will bring to Britain, HS2 is also committed to leaving a lasting legacy of skills and knowledge in engineering and major projects. I look forward to supporting the research and teaching in this area, as well as engaging with the students about the project.”