The COVID-19 pandemic has undoubtedly risen the political profile of the global scientific community, international institutions, and the science itself. We have also witnessed exceptional examples of international cooperation. 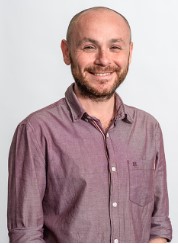 While some think that this might be the beginning of a more cooperative chapter in international relations following a decade of turmoil, Dr Ali Bilgic sets out four factors which should be watched carefully because they might lead to a new era of conflict and confrontation.

During the COVID-19 pandemic, international relations looks different than its usual confrontational and competitive self. There is a global scientific collaboration on understanding how the virus acts and developing a vaccine. International institutions, particularly the World Health Organisation (WHO), provides much-respected guidance in tackling the crisis. ‘The science’ seems to inform political decisions once again. Furthermore, we have witnessed extraordinary examples of international cooperation.

Chinese diplomacy is traditionally recognised as calm and non-confrontational. Chinese diplomats are generally careful in keeping low-profile and never make comments about the domestic politics of the countries they serve. However, in the last few weeks, we have seen the examples that differ from the traditional, benevolent Chinese diplomacy. For example, the Chinese ambassador was summoned to the French foreign office after his claim on the social media that ‘France has left its older citizens to die .’ In the UK, the Chinese embassy Twitter account called the Foreign Affairs Committee ‘abandon “Cold-War” mentality, stop smear campaign’ after the publication of the report on Chinese disinformation campaigns.

This new approach is conducted by ‘the wolf warrior diplomats', who are instructed by Beijing to counter the criticisms from the West about handling the early stages of the pandemic by the Chinese authorities. Such confrontational diplomacy can also be explained by the rise of nationalism in China during the Xi leadership. If this type of diplomacy is to remain in the post-pandemic international politics, it is likely that political and economic crises between the West and China will emerge more often. Additionally, if this diplomacy is a symptom of retuning the Chinese foreign policy along an aggressive and dismissive tone, the sensitive political situations in Hong Kong, North Korea, South China Sea, and Taiwan should be watched carefully.

As part of the measures to stop the spread of the virus, extraordinary measures that curtail individual freedoms and regular democratic practices have been introduced in many countries. However, in some countries where these freedoms and practices have been under attack, the crisis has presented an opportunity for a power grab. The most striking example of is Hungary where Prime Minister Victor Orban was designated to rule by decree indefinitely bypassing the Parliament. In Poland, President Duda is allowed to hold elections when the opposition is not allowed to campaign as part of the measures while the government has been enjoying wide media coverage. Venezuela, Israel, Algeria and many other countries can be added to these examples. According to Human Rights Watch, ‘for authoritarian-minded leaders, the coronavirus crisis is offering a convenient pretext to silence critics and consolidate power.’

The increasing authoritarianism, and the right-wing populism, can destabilise international relations in two fundamental ways. Firstly, the authoritarian leaders can form common stance and cooperate with Russia and China to counter criticisms from the West, challenge the norms and values the post-war international system is based on, and pursue confrontational foreign policies. Secondly, facing more restrictions on individual and democratic freedoms under economic distress, the opposition might move their politics to the streets, which will likely to be tackled with more oppression by the state. Such instability can easily be internationalised, as was the case in 2011 in the Middle East.

The collapse of oil prices and Middle East politics

The unprecedented collapse of the price of a barrel of oil during the crisis has declined the income of oil-exporting countries in the Middle East, particularly Saudi Arabia. According to the recent reports, the Saudi government is planning to introduce comprehensive austerity measures to tackle the deficit. Recession and depression will continue to keep the demand for oil low globally, and therefore, the oil prices. This represents a huge challenge for the oil-exporting countries where the health of the economy heavily relies on oil income.

This economic situation can destabilise the delicate balance in the Middle East, and in the Syrian civil war, between the pro-USA block led by Saudi Arabia, the Shia block, backed by Russia and led by Iran, and the block led by Qatar and Turkey. The first block might have to decrease the financial support to the groups in Syria, which will give leverage to the second and third blocks in the ongoing conflict. The second block, which also highly relies on the oil income, might have to adopt a similar approach in Lebanon and Yemen. There is a possibility that non-oil exporting countries (Turkey) and those which have diversified their economies (Qatar) can take advantage of this opportunity in Syria and the broader Middle East.

The future of the EU

On 6 April, the EU agreed on 540 billion Euro economic aid package to its members. However, the decision was not taken easily because of the disagreement between the member states about the nature of economic measures. Some countries, mainly Southern European member states including Spain, Italy, Portugal, and Greece, called for ‘Corona bonds’, or debt sharing jointly by all member states. However, the strong opposition from the Netherlands backed by Germany and Northern states blocked the Corona bonds in favour of a comprehensive aid package.

This disagreement is a new episode of the decades-old divergence between the Southern and Northern member states on how to handle the economic burden of crises, whether they are health or refugee crises. Given that the Southern member states have felt the impact of the pandemic more gravely and high Euroscepticism in some of them, particularly Italy, how the aid package and the EU’s way of handling the crisis will be perceived by the populations is currently unknown. Will the EU Commission’s President Ursula von der Layen’s ‘heartfelt apology’ to Italy about the EU’s slowness to assist the country during the pandemic be accepted by the Italian population? Or will the electorate boast the Eurosceptic populist party of Salvini and take him back to the power? Will the Spanish government’s recent policy of universal basic income be sufficient to appease the people? Can the EU survive a new wave of populism?

The pandemic has surely revealed the best of us not only as individuals and communities, but also as countries. However, the worst might be on the horizon and we might need to brace for the impact.