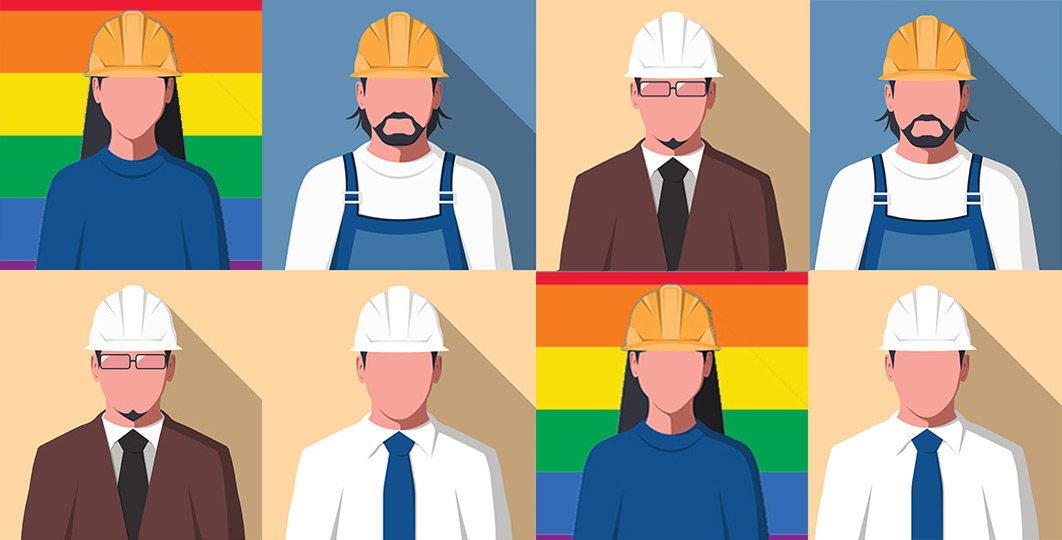 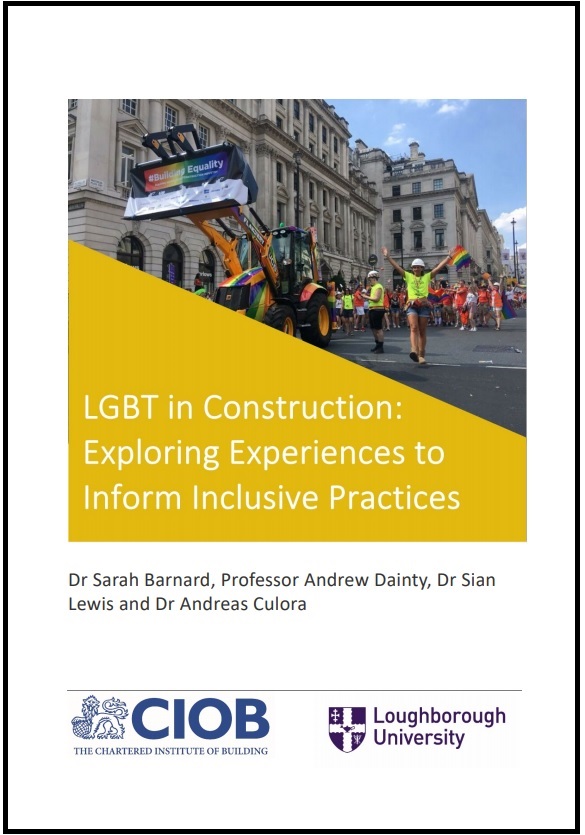 The report, which was funded by the Bowen Jenkins Legacy Research Fund of the Chartered Institute of Building.

A new Loughborough University report exploring LGBT experiences in the construction industry has revealed that LGBT women say gender is a bigger barrier than sexuality when it comes to moving up the job ladder.

Dr Sarah Barnard, of the School of Business and Economics, and Professor Andrew Dainty, of the School of Architecture, Building and Civil Engineering, have published the findings of their interdisciplinary study and recommendations for improving diversity and inclusivity in the industry.

The pair, in collaboration with Dr Sian Lewis, of the University of Roehampton,  and Dr Andreas Culora, of  RAND Europe, decided to combine their areas of expertise and explore the experiences of lesbian, gay, bisexual and transgender (LGBT) construction workers as little research has been conducted in this area.

The topic is particularly important as the annual industry survey, collaboratively conducted by New Civil Engineer, Architect’s Journal and Construction News, revealed that homophobia is commonplace in construction and only a small minority of gay employees reported that they could be open about their sexuality.

The Loughborough University study, funded by the Bowen Jenkins Legacy Research Fund of the Chartered Institute of Building, looks to amplify the voices of LGBT people and promote positive change.

To achieve this goal, the academics hosted workshops and conducted in-depth interviews with LGBT workers - who were predominantly based in offices, rather than site locations - asking them about their work experiences and career, LGBT identity and perceptions of industry practices.

Dr Barnard and Professor Dainty have divided their findings and conclusions into three key areas.

The arguably most surprising revelation is that LGBT cis-women – those who identify as women and were assigned female at birth – find gender to be a bigger obstacle than sexuality for their career.

The academics found the term “old boys club” came up repeatedly in the interviews to describe gender-related issues within the industry and many flagged that construction is dominated by white heterosexual males, particularly at the very top of companies.

Quotes from interviewees that took part in the study.

The interviewees told Dr Barnard and Professor Dainty that the view “women don’t stick it out” is commonplace and only the “tough old boots” stay – but even then, these women are seen as “aggressive, a pain, or b*tchy”.

The Loughborough University study also found LGBT women feel there is an assumption that as a woman working in the industry, you are either “oggled” or you are “gay, and taking part in the sexual objectification of women”.

Dr Barnard and Professor Dainty commented: “There was agreement expressed in the workshop around the idea that gender is a greater issue than sexuality in the workplace for lesbians and bisexual women.

“The intersections of gender and sexuality are influential – if you are female and gay, both mark you out as different, but you can’t hide you’re a woman.

“The assumption is that as a woman in construction you are either being sexually objectified or gay and join into the sexual objectification of women.

“Reasons include societal norms regarding who does what kind of work and stereotypical perceptions of men and women regarding masculinity.”

They continued: “Some women participants outlined how they had progressed within construction firms by entering in administrative roles and transitioning to technical roles. This pathway does represent a positive example of career progression for women within the industry.”

The other two key conclusions of the LGBT in construction research are:

Site and office differences, exemplified by the drift from site to office

Work is deemed as a safe space, despite incidents of discrimination from customers/clients/colleagues 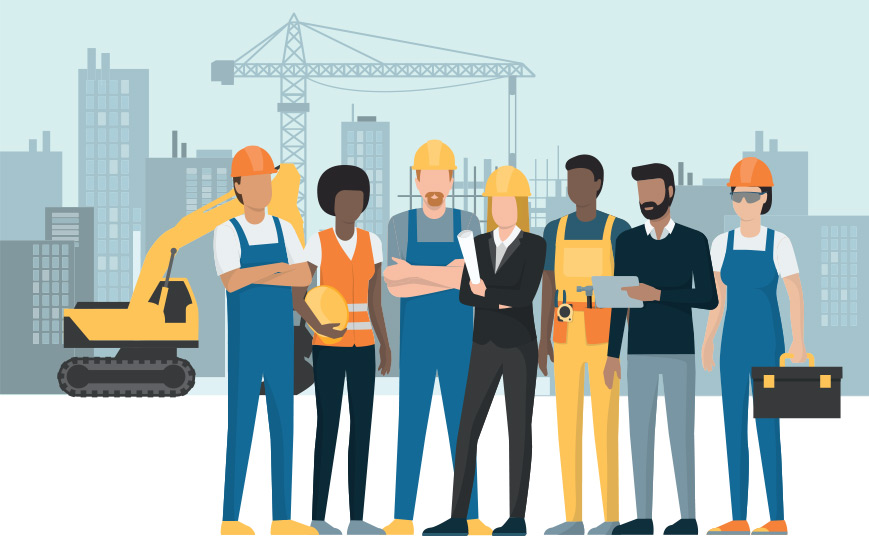 The Loughborough researchers have compiled a list of recommendations for tackling the issues identified and increasing diversity in construction. They include:

Of what they hope their research will achieve, Dr Barnard and Professor Dainty said: “Highlighting the challenges that some people face at work because of who they are is a really important part of fostering more inclusive workplaces.

“Despite these challenges, what is great about the research findings is that the people we spoke to had a lot of positive things to say about working in the sector.

“Construction companies that have successfully created a ‘safe place’ to be LGBT should be proud of their achievement as it has made a massive difference to the who work people there.

“Clearly there is more work to be done, but at least it seems to be heading in a more positive direction”.

The full report, titled ‘LGBT in Construction: Exploring Experiences to Inform Inclusive Practices’ and list of recommendations can be found here.