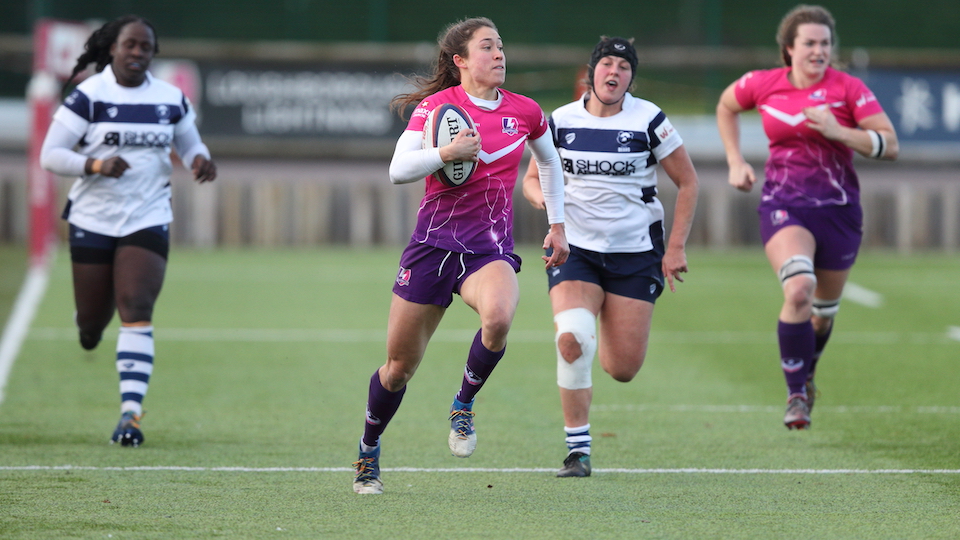 Rhona Lloyd is one of six Loughborough athletes who have been included in the initial 24-strong GB Women's Sevens squad for Tokyo 2020. Image credit: Stillsport.

Six Loughborough athletes have been included in the initial 24-strong GB Women's Sevens squad for Tokyo 2020.

Loughborough Lightning players Rhona Lloyd and Helen Nelson have been selected and will be joined by Loughborough College duo Jodie Ounsley and Celia Quansah. Current Sport Science student Helena Rowland has also been picked in the preliminary side.

Alumna Meg Jones completes the sextet having had previous experience as a traveling reserve for Team GB at the Rio 2016 Olympic Games.

Rhona Lloyd, who is also studying a master’s in Sports Biomechanics at Loughborough University, said:

“I love Rugby Sevens and the Olympics is the pinnacle competition, so it has always been a dream of mine to compete in. To be part of the extended Team GB training squad ahead of the Tokyo games is extremely exciting.

“It's going to be a busy few months with a lot of overlap between 15s and 7s but it will be a fantastic learning opportunity to train alongside some world-class athletes from England and Wales.”

The team will go through three training camps, with the first taking place in Edinburgh this week before others in Wales and England in April.

The squad will be narrowed down to a final 13 just prior to the Olympic Games in July.