Millions of library users around the world should have better access to the Internet following the release of new international guidelines which allow more freedom without compromising standards of acceptability. 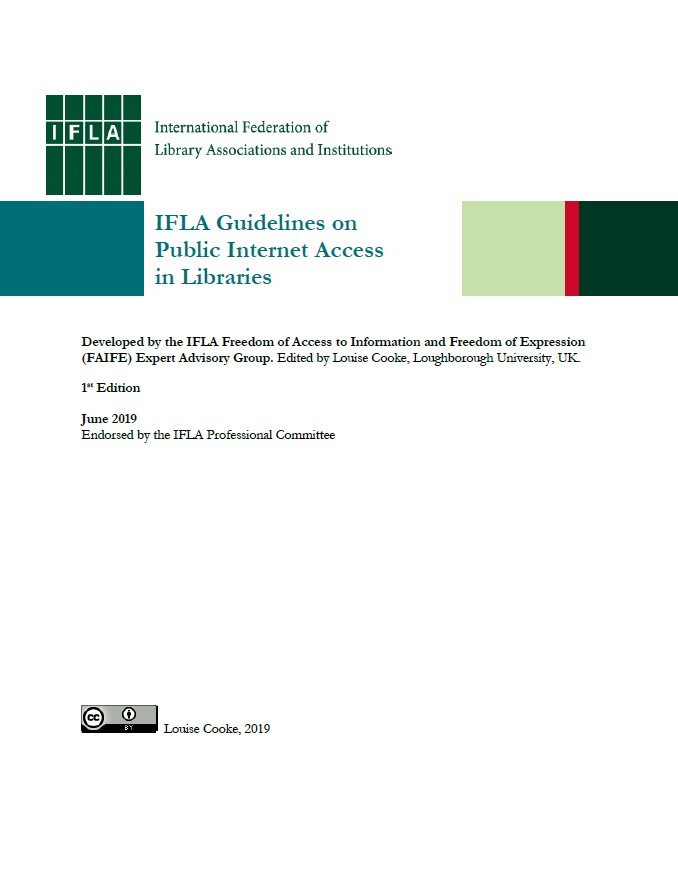 The IFLA Guidelines on Public Internet Access in Libraries

The International Federation of Library Associations and Institutions (IFLA) has published a 22-page report filled with guidance and practical advice for librarians.

It is aimed at removing unnecessary restrictions which are often put in place by filtering and blocking software to ensure that acceptable use is maintained.

Many of those, not all, rely on public computers, such as those in libraries, for important online tasks.

But the lack of any standardised support for librarians means they rely too heavily on computer programmes, which cannot differentiate safe and unsafe content, to maintain acceptability.

For example, some department store websites are automatically blocked due to the presence of lingerie, which is classed as ‘nudity’.

The guidelines – the first of their kind – were edited by Professor Louise Cooke, an expert in information and knowledge management, information law, policy and ethics at Loughborough University.

They are based on her earlier research, Managing Access to the Internet in Public Libraries (MAIPLE), published in 2014, and funded by the Arts and Humanities Research Council (AHRC).

She said: “Public libraries - and thus, public librarians - play a critical role in providing access to digital information, services and creativity through the availability of access to the Internet offered in libraries.

“However, this access is often constrained through the deployment of filtering and blocking software, and other measures, in order to ensure 'acceptable' use is maintained.

“Until now, there has been a lack of formal guidance available for managers of public Internet access, as to how to balance the professional ethic of 'unfettered access to information' and rejection of censorship with the desire to limit 'unacceptable' use of the service.

“This new international standard offers managers, librarians and policymakers a set of principles and practical guidance in achieving this balance without imposing an undue constraint on intellectual freedom.”

The guidelines cover issues such as:

The new practical advice, which is not compulsory, is available to libraries worldwide, and deals with issues that could occur.

It acts as a checklist, establishing principles and sharing best practice examples.

In the past, intellectual freedom and acceptable use of the Internet have clashed and meant members of the public have not been given the access they need to complete simple, yet essential tasks.

Professor Cooke said: “In one example, a young male was trying to apply for a job at a well-known department store, but the filtering software prevented access to the site as it featured female models in lingerie and was therefore deemed ‘nudity’.

“In another example, an older man was researching military history, but was unable to access relevant sites as they included pictures of guns and were therefore categorised as ‘violence’.

“The aim of this new guidance is to give more power to libraries and allow librarians to be confident enough to remove certain restrictions without compromising integrity.”