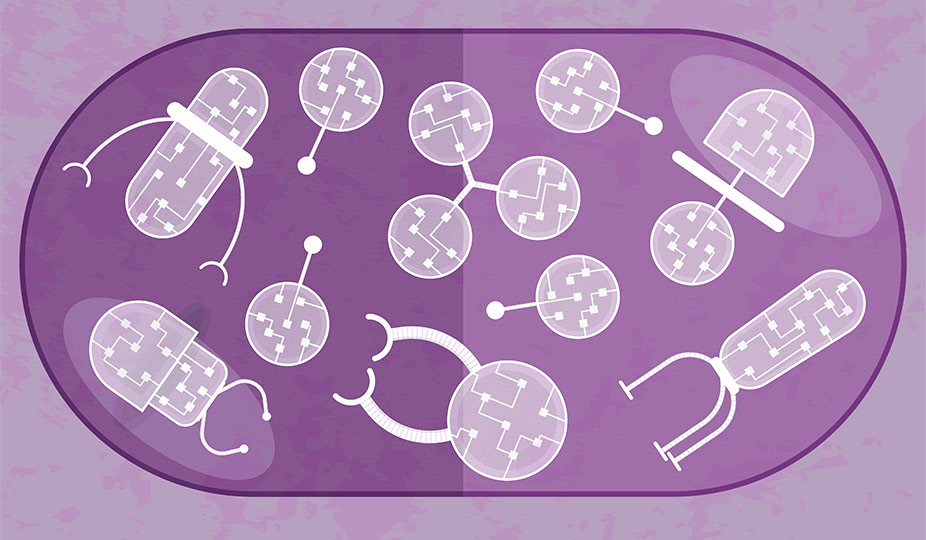 More than £1.25m has been awarded to a Loughborough University theoretical physicist to design an unprecedented class of self-assembling and self-motile micro-machines. 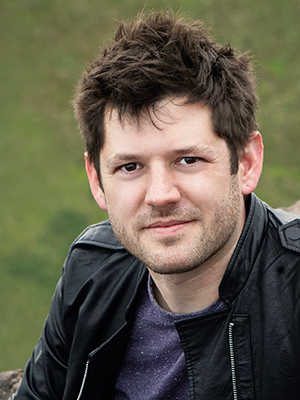 Dr Tyler Shendruk, of the Mathematical Sciences department in the School of Science, has been awarded a European Research Council (ERC) Starting Grant for a five-year study that aims to replicate some of the fascinating behaviours displayed by biological molecules and microorganisms, and design a new class of man-made materials.

Biology is brimming with materials that can form, restructure and move themselves.

Bacteria can swim and propel themselves to favourable environments, proteins can act as chaperones to help cells manufacture different substances and DNA can replicate itself during cell division.

This ‘automatonic’ (self-operating) nature of living matter is spectacular compared to lifeless human-engineered materials, but Dr Shendruk hopes to change this. 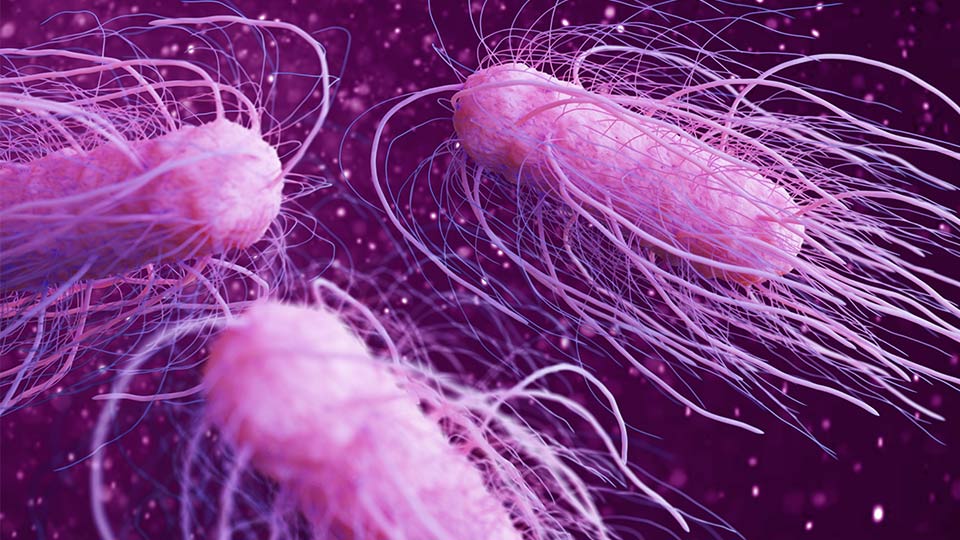 Salmonella bacteria – an example of bacteria that can swim and propel themselves to favourable environments.

Dr Shendruk uses computational simulations to research biological matter and has studied various types of ‘squishy physics’ (materials that are soft, easy to deform and flow in unusual ways), such as colloids, swimming bacteria and DNA.

He will use the ERC grant to design automatonic micro-machines by bridging two research areas: colloidal self-assembly and active matter.

Dr Shendruk’s research will use computer simulations to see how the two areas can be combined to create 'Living' Colloidal Liquid Crystals – a new class of soft materials that can form, restructure and move themselves.

Colloids are tiny particles suspended in a fluid medium (a gas or a liquid) that cannot be separated out by ordinary filtration methods. The term 'colloidal suspension' is a term given to the overall mixture.

Simple colloids make great building blocks for more complex matter. However, unlike larger building materials, they are too small to be simply put together one by one. 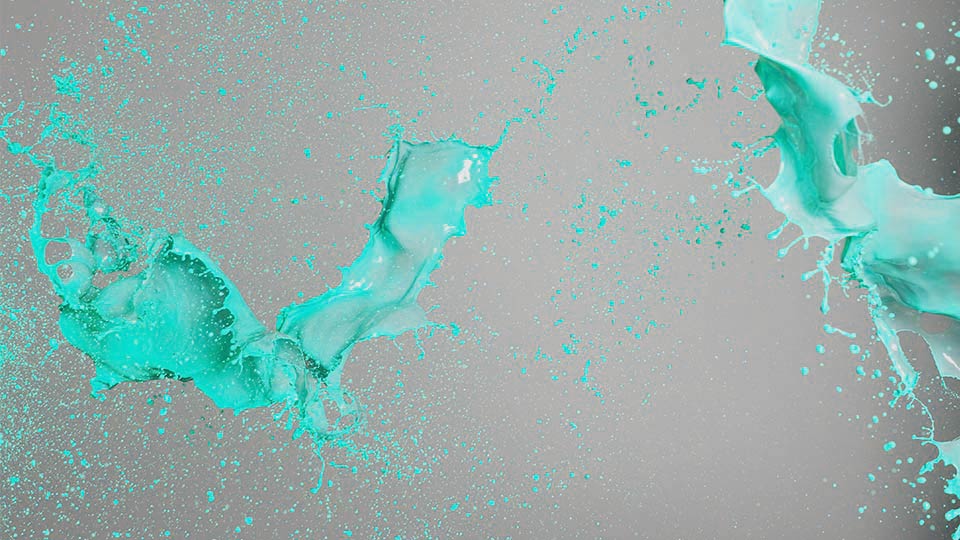 Some paints are colloidal where solid pigments are dispersed in a solvent.

Scientists are exploring ways to get colloids to come together on their own to form complex structures – a process known as ‘self-assembling’.

One successful method involves suspending them in liquid crystals - fluids composed of rod-like molecules that lay in straight lines (and are most famous because they are used in LCD TVs).

Colloids in liquid crystals self-assemble into necklace-like chains, zigzag lightning bolts, lattice works and other structures, all of which are known as 'colloidal liquid crystals'. 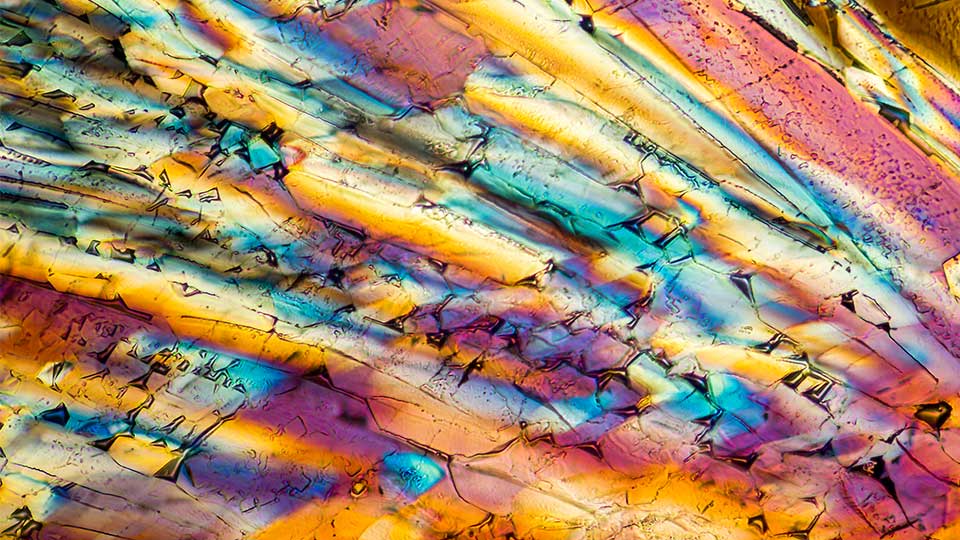 Close-up of the striking, iridescent colours of a liquid crystal composed of rod-like molecules.

However, colloidal liquid crystals are limited to simple, static structures.

Dr Shendruk’s research hopes to use a new type of liquid crystal to produce more complex and continually dynamic colloidal structures that could act as the components for micro-robots.

Just like water and other non-living fluids, traditional liquid crystals only flow when forced to by pressure, gravity, or some other external force, but a new class of fluids called ‘active’ fluids have the surprising ability to spontaneously flow all on their own.

They carry within themselves a fuel which they use to generate internal motions and large-scale spontaneous flows.

These uncanny liquids, which are almost always biological, seem to be alive because of their autonomous motion and, as a result, are often referred to as ‘living’ liquids.

Dr Shendruk’s research will examine what happens when passive colloids are put in ‘living’ liquid crystals.

It is hoped the activity of the surrounding fluid may allow for shortcuts in colloidal self-assembly and result in the formation of new dynamic ‘living’ colloidal structures that would not be possible in traditional, static liquid crystals. 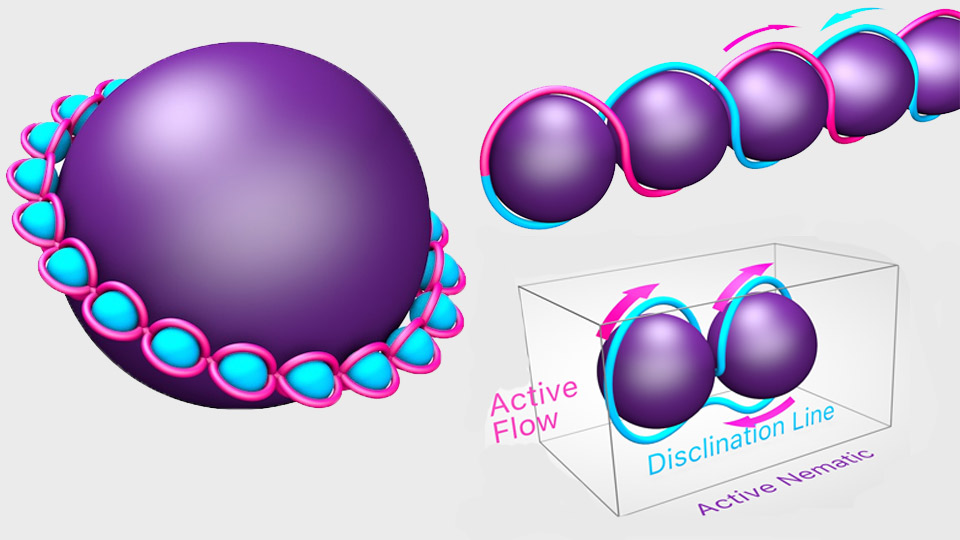 Dr Shendruk will use Loughborough’s HPC to generate simulations, similar to the schematics pictured, to computationally model what happens when passive colloids are put in ‘living’ liquid crystals.

However, because ‘living’ colloidal liquid crystals are a mixture of many moving colloids in a complex, self-flowing biological fluid, he and his team will need to develop novel numerical algorithms capable of simulating these unusual materials.

Dr Shendruk says colloidal structures that build and power themselves have the potential to act as hybrid bio/micro-machines that continually move and change because of the spontaneous flows.

He says if the project is successful, the micro-machines could be used for a variety of applications.

Dr Shendruk said: “Just like robots aren’t just for one single task but can do many things, I hope our ‘living’ colloidal liquid crystals might form micro-bots that could do all sorts tiny tasks.

“The research aims to produce colloidal structures with autonomous functionality, including self-motility, self-revolution and dynamical self-transformations, which are exactly the characteristics one would desire for a first generation of autonomous components of micro-biomechanical systems and soft micro-machines.

“As hybrids between biological active fluids and simple man-made materials, I hope they have the potential for autonomously tunable material properties, mimicking biological complexity, and maybe even someday working together with biology.”

He added: “I feel very lucky that the ERC recognized how exciting these ideas and funded a team of researchers to boldly explore these exciting ideas.”

Dr Shendruk will be awarded €1,402,345 (£1,251,284.40) over five years. He is a Canadian, hired last year to work in the UK as part of Loughborough University’s Mathematical Sciences Department and the newly founded Interdisciplinary Centre for Mathematical Modelling (ICMM).

More on the European Research Council Starting Grants can be found here.