Research into the way clothes absorb sweat during exercise could help manufacturers develop garments which reduce the effects of heat stress and improve sporting performance.

A team at Loughborough University has developed a method to map sweat distribution in cotton and synthetic t-shirts to identify ways of improving ways of dispersing heat and moisture.

He also said that personal protective clothing, which dispersed heat and sweat more efficiently could improve safety and prevent heat-related injuries, such as heat exhaustion and heat stroke.

He said: “We now have added the mapping of moisture transfer to clothing to our previous work of mapping body sweat distribution.

“This provides clothing designers with an important understanding of sweat management to allow for evidence-based designs.” 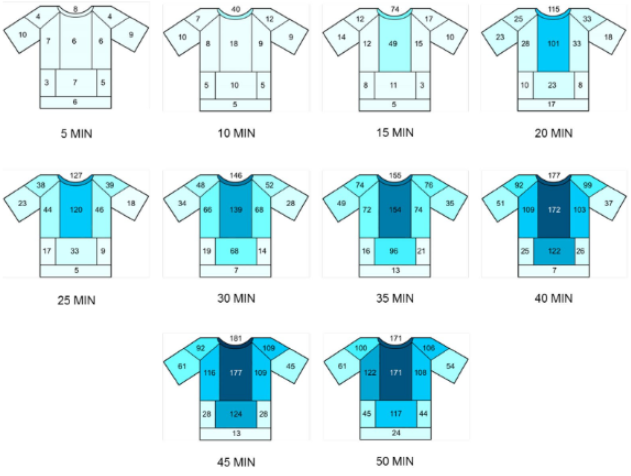 Sweat absorption: Least (shown in white) to most (dark blue).

Eight long-distance runners were recruited and took part in climate-controlled sessions on a running machine while their heart rate and VO2 max were measured, to keep conditions consistent throughout the trial.

During and after each session, the runners’ T-shirts were tested for sweat distribution.

Data from the study was then used to create templates for the progressive stages of moisture absorption over a 50-minute period at five-minute intervals for healthy, active males.

“Future studies should investigate sweat absorption patterns in a multilayer clothing system as well as in the bra worn in combination with a base layer by female participants.

“We should also consider changes in garment sweat absorption values in relation to ambient temperature, relative, humidity and wind speed.” 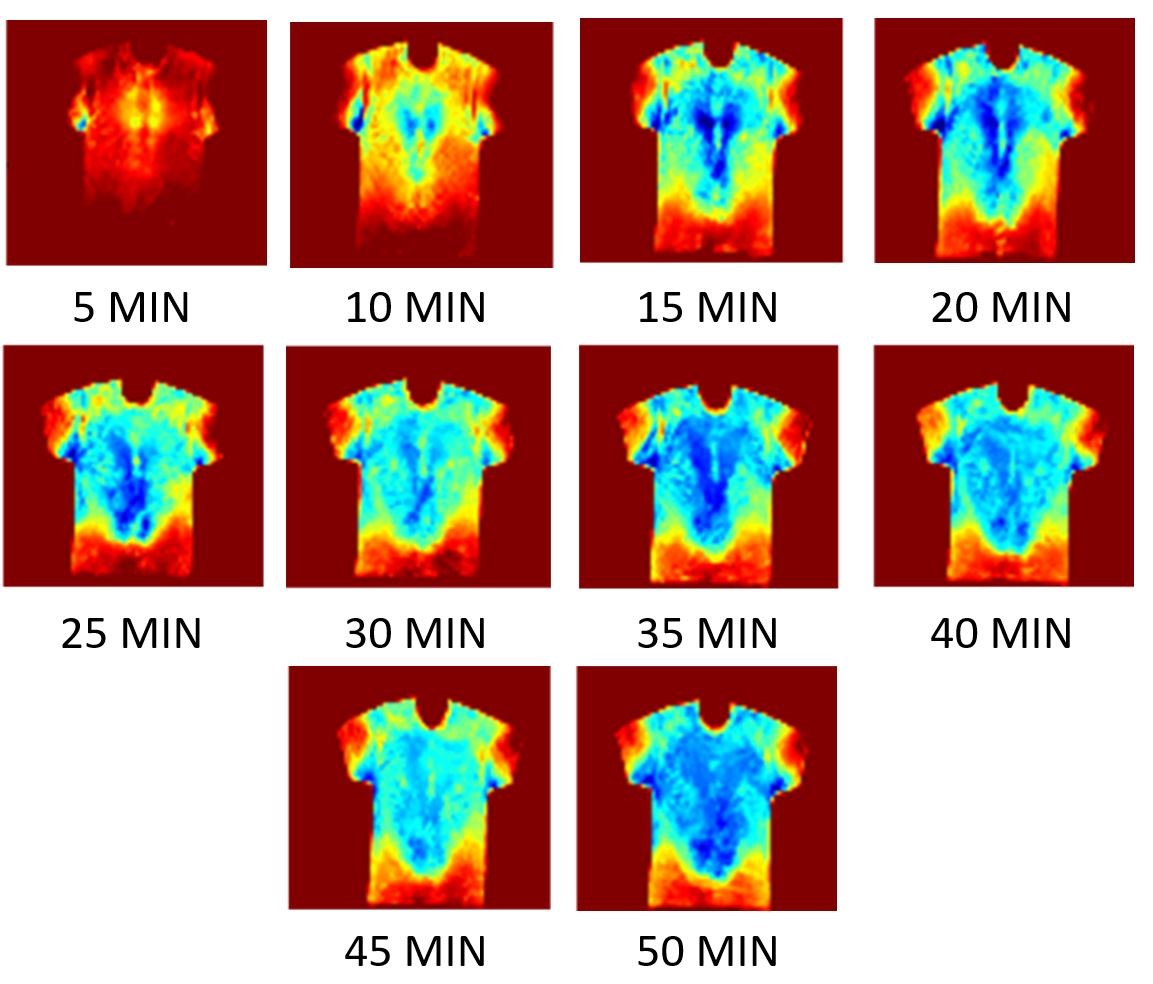 The mapping patterns generated by the tests show where on a T-shirt the most, and least, moisture is collected by the fabric – whether that is cotton or synthetic.

By designing garments which distribute the sweat equally to all areas of the clothing, it means more of it evaporates, cooling the wearer more effectively.

Prof Havenith said: “Given that the sides of the T-shirt contain a significantly lower amount of sweat compared to the central parts, innovative fibre and textile structures should be placed to direct sweat migration from the centre towards the less saturated side regions.

“The latter would improve sweat management and evaporation, ultimately reducing thermal and sensorial discomfort during exercise as well as heat strain.

“These data can also be applied as reference values for test methods and apparatus that measure fabric and clothing moisture-related properties.”