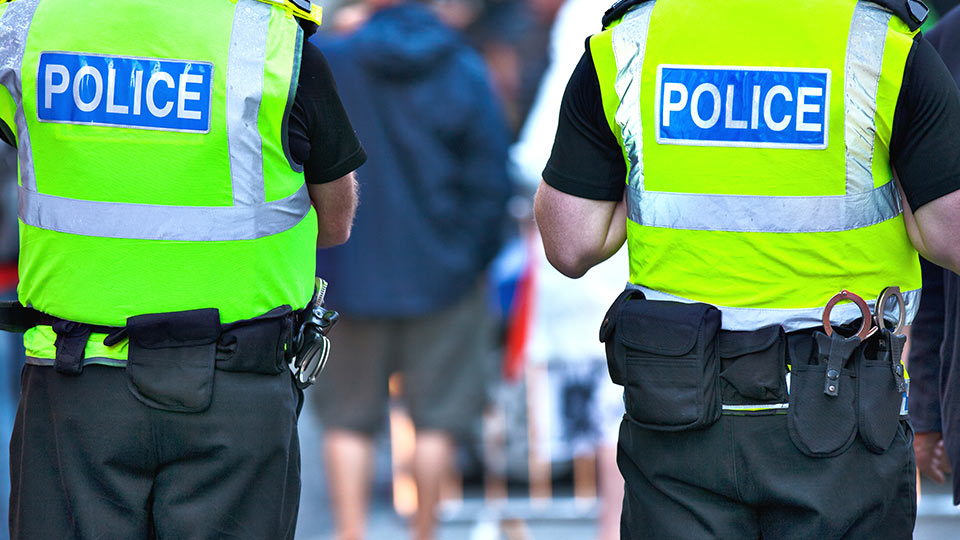 Loughborough University has received funding to develop technology that looks to provide a solution to the problem of people carrying concealed blades in public places.

Dr Ashraf El-Hamalawi, of the School of Architecture, Building and Civil Engineering, is to develop a portable knives scanner that will be incorporated into police officers’ mobile phones in collaboration with Professor Amin Al-Habaibeh, of Nottingham Trent University, and Loughborough University Research Associate Maxime Lohya.

The University is one of six organisations that have received a share of more than £460,000 funding from the Home Office and Department for Transport, provided through a Defence and Security Accelerator (DASA) competition, to fast-track innovative technologies that aim to detect people carrying knives in crowded places such as streets, railway stations and major events.

Dr El-Hamalawi and Professor Al-Habaibeh’s concept uses electromagnetic infrared waves, a complex computer algorithm and filters that determine if an object is a knife, a sharp-edged instrument or another weapon – and they can be made of any material, not just steel.

Based on initial testing, Dr El-Hamalawi has found the technology can detect concealed knives through clothing including trousers and heavy coats, and those hidden under belts.

Dr El-Hamalawi says the scanner, which is designed to be incorporated as part of a standard mobile phone app, can detect concealed knives up to 6 metres away, though more tests are currently being conducted to ascertain the maximum distances for various types of clothing and materials.

He states as it is portable and can be carried by a plain-clothes officer, it is more effective than current arches that police use as knife-carriers can easily spot these and walk away unnoticed.

The technology will also not show any private body parts, which Dr El-Hamalawi says most current technologies do, but it will still detect knives hidden in these areas.

The concept uses electromagnetic infrared waves, a complex computer algorithm and filters that determine if an object is a knife, a sharp-edged instrument or another weapon.

“Many people are suffering as result of knife crime, and it seems more people have started to carry knives without thinking of the consequences.

“This technology may act as a deterrent and aid with knife crime detection, and maybe it has the potential to save lives."

Professor Al-Habaibeh, an expert in intelligent engineering systems, added: “Knife crime is a growing problem in the UK, but this technology will enable police to spot concealed weapons from a distance which are hidden under clothing, allowing officers to apprehend those who may be about to commit a serious offence.

“At the same time – by providing police with improved intelligence – it will reduce the number of unnecessary stop and searches which take place, allowing innocent people to go freely about their business.

“Our design is extremely cost-effective as it is based on existing technologies and ultimately could be made available through every day mobile phones.”

All six projects will be asked to demonstrate their findings this summer. The focus is on technology that is safe, easy to operate, unobtrusive and suitable for indoor and outdoor use, and the work is being supported by the National Police Chiefs’ Council.

If the projects perform to the desired level, the Home Office will work closely with the police to assess how these products could be used on the front line.

The DASA competition announcement was made on Monday (April 1), when the Prime Minister hosted the Serious Youth Violence summit in Downing Street.

Following the news, Minister for Crime, Safeguarding and Vulnerability Victoria Atkins said: “Recent senseless killings that have snatched young lives away have shocked people across the UK.

“We are determined to protect families from these devastating crimes, and new technology must play a key role in this, together with effective early intervention work and strong law enforcement.

“I’m pleased the Government has been able to support these exciting and innovative projects which have the potential to rid our streets of dangerous weapons.”

Transport Minister Andrew Jones added: “The safety of passengers is absolutely paramount, and we are committed to tackling the scourge of knife crime.

“I’ve seen first-hand this week the exceptional work groups such as the British Transport Police are doing to tackle this issue, but more needs to be done.

“That’s why this funding is so important – it will help us identify ways in which technology can detect concealed knives, helping us keep people safe on our railways.”