The biggest sporting event on the planet is dominated by junk food advertising – and today Public Health England announced that youngsters are eating twice the recommended amount of sugar. 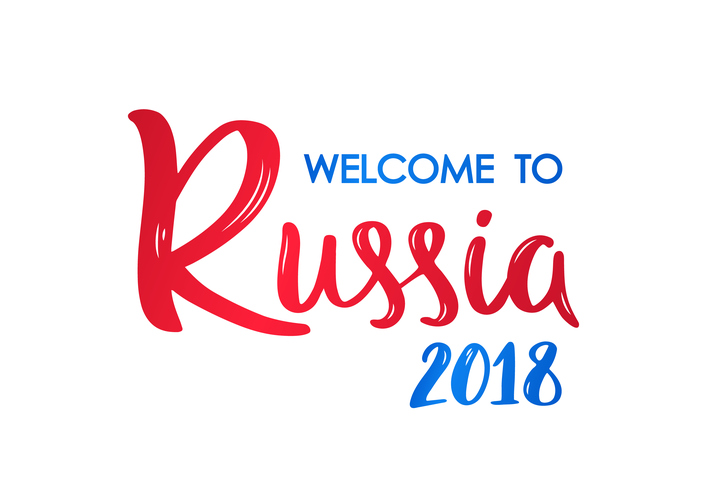 So how much responsibility should events like the World Cup take for the rise poor diets and childhood obesity?

Here, Dr Joe Piggin explains the issue of 'exploitative advertising' and the steps which are being taken to combat it... 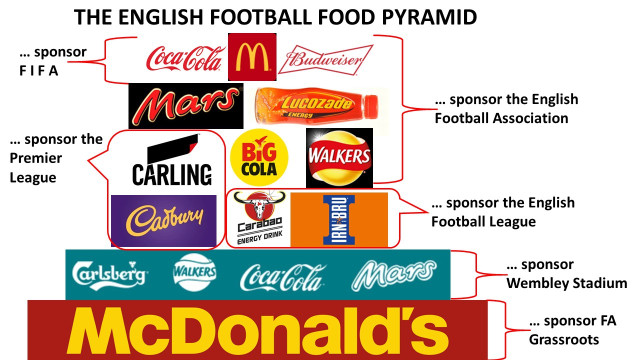 The entire football “pyramid” in England is riddled with junk food companies.

Through their love of football, children in England are bombarded with marketing for ultra-processed food and drink.

It continues through their early years and into adulthood.

While sport marketers talk about the successful “reach” of sponsorship, public health promoters focus on the potentially disastrous effects these sponsors can have on children.

But it could all end very soon.

And now a Health Committee in the UK Parliament has formally recommended it is time to end these partnerships:

“The next round of the Government’s childhood obesity plan… should also include a commitment to end sponsorship by brands overwhelmingly associated with high fat, sugar and salt products of sports clubs, venues, youth leagues and tournaments.”

This is massive news.

Sponsorship of children’s sport by junk food companies is pervasive and predatory.

To keep the momentum and pressure on the government to make these changes you can state your support with Sustain here.

For the health of children, this English football food pyramid needs to come tumbling down.

This problem is not confined to England either.

It’s global. I plan to track other countries soon.

See this recent research in the USA about the pervasiveness of junk food advertising in USA sport.

Read Dr Piggin's recent paper, How does health policy affect practice at a sport mega event? A study of policy, food and drink at Euro 2016.

This article was first published in Dr Piggin's blog which can be found here.