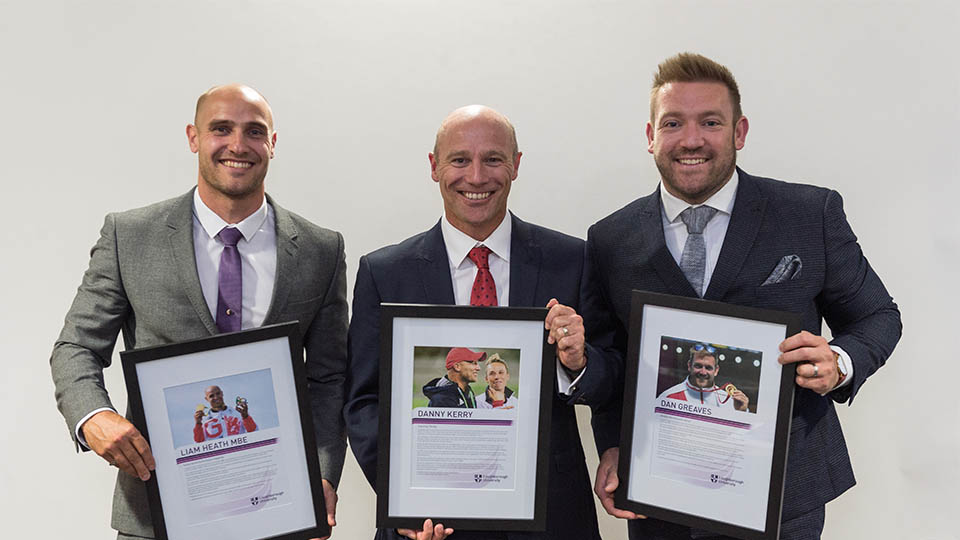 Four Olympic stars have been honoured with induction to Loughborough University’s sporting Hall of Fame.

The Hall of Fame celebrates the outstanding achievements of athletes and coaches who are alumni of the University and have made a significant contribution to sport at Loughborough and beyond.

This year’s inductees have ten Olympic and Paralympic medals between them, including four won at the Rio 2016 Games. The inductees are Dan Greaves, Liam Heath MBE, Danny Kerry and Dr Hannah MacLeod MBE.

Dan Greaves has been recognised for his achievements in Paralympic Discus, which span five Paralympic Games.

Liam Heath MBE was inducted for his Olympic level achievements in Sprint Kayaking, for which he holds one gold and two silver medals.

Danny Kerry has been honoured for his coaching of the Women's GB Hockey team - winners of the gold medal at Rio 2016.

Dr Hannah MacLeod MBE has been recognised for her performance as a member of the Women's GB Hockey Team at the 2012 and 2016 Olympic Games.

A celebratory dinner was held at the University Stadium on campus last night (Wednesday 7 June) to honour the four inductees.

The event was hosted by the University’s Vice-Chancellor, Professor Robert Allison alongside Loughborough alumnus and 2016 Hall of Fame inductee, Carl Johnson, who introduced each of the 2017 inductees.

A range of alumni and friends of Loughborough also attended, together with colleagues involved in sport from across the University.

Originally launched in 2011, the Hall of Fame now boasts a membership of 55 notable sporting alumni.

Photographs of the event can be viewed on Flickr.