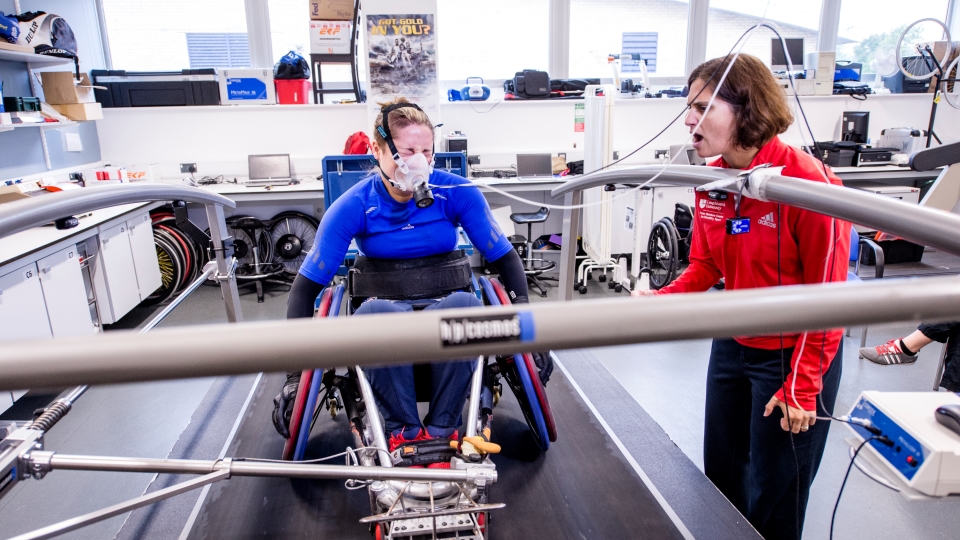 Loughborough’s Professor Vicky Tolfrey is to receive one of the International Paralympic Committee’s (IPC) top awards in recognition of her commitment to para athlete research.

For nearly two decades Professor Tolfrey, Director of the University’s Peter Harrison Centre for Disability Sport, has sought ways to apply sports science to para athletes who have been training for the international stage.

Professor Tolfrey will be presented with the 2017 IPC Paralympic Scientific Award in September at the VISTA Conference in Toronto, Canada. The biennial award recognises the contribution of academics to research in the field of sports for persons with an impairment.

Speaking about the award she said: “Considering the calibre of person that falls into this category, I am truly honoured to be following in the footsteps of Professors Lucas van der Woude, Rory Cooper and Gudrum Doll-Tepper, who have inspired me in many ways. It is a magnificent achievement and I am privileged to be the recipient of this award in 2017.

“It is very important that a coach-driven and athlete-centred approach is adopted in para sport research, and this has been made possible by my close working relationship with both the English Institute of Sport and the British Paralympic Association.

“Our work at the Peter Harrison Centre for Disability Sport is not undertaken in isolation. We collaborate with the coaches and athletes to understand their needs and what may impact their performance.

“I am also fortunate that I have experience attending the Paralympic Games as a Sports Practitioner and this has definitely deepened my understanding of the sporting environment.”

“Her answers to very concrete demands of athletes in different sports are appreciated by both athletes and their support staff, and are widely recognised by the academic community. I want to congratulate Vicky on the award, which serves as both a recognition and an incentive for further work in an ever-growing scientific domain, in partnership with the IPC.”