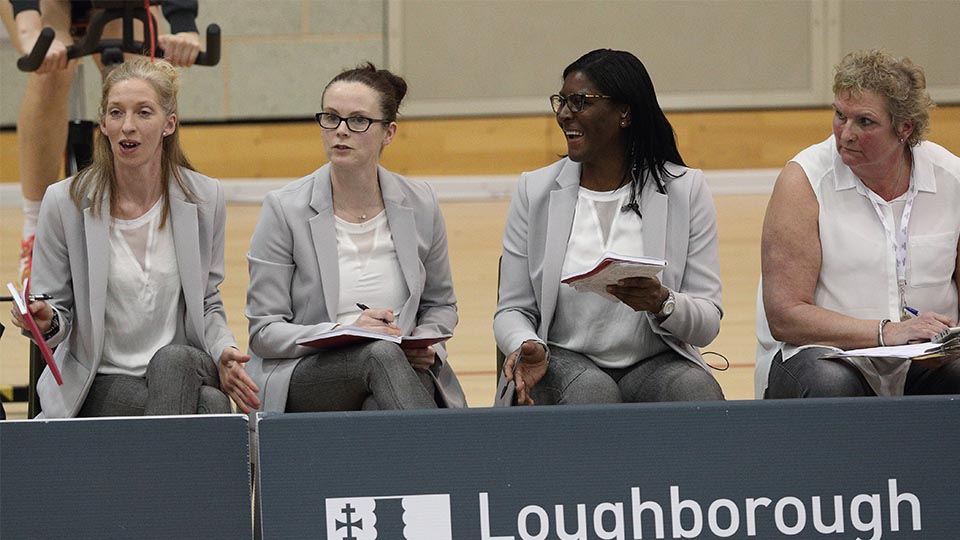 Loughborough Lightning Netball can today (Thursday 20 July) confirm that Head Coach Karen Atkinson will be stepping down from her position due to an impending move to Italy.

Atkinson, who has been part of the Loughborough University franchise as both a player and coach, leaves the programme in fantastic shape after a tremendous 2016/17 season. Vitality Netball Super League (VNSL) grand finalists and league winners, Atkinson’s Loughborough netball programme were also victorious at BUCS level.

An England international centre court and former captain, Atkinson was a key player in the early days of the franchise before returning three years ago as Head Coach.

Joining during a transition period, the now mother of two first steadied the ship, before building a highly successful performance culture. Results soon followed, with the 2016/17 season Lightning’s most successful ever.

Of her decision, Atkinson said: “I have thoroughly enjoyed my time as Head Coach of Loughborough Lightning and I am sad to be leaving at such an exciting time for the programme.

"The players, coaches and support staff have been a pleasure to work with and I will have so many fond memories of my time at Loughborough.

“The opportunity we have as a young family to live overseas and immerse ourselves in a new culture is extremely exciting and one we could not turn down, but I hope one day to be back working within netball in England and I will be keeping up-to-date with the Super League from afar, supporting Lightning as much as I can.”

Loughborough Sport Executive Director John Steele commented: “Karen has made a huge impact across performance netball at Loughborough in her three seasons with us.

"She has shaped and developed a highly effective performance culture and we have seen results within both the Vitality Netball SuperLeague and BUCS competitions, most notably as VNSL League winners and Grand Finalists in 2017.

“We are also very proud of the players who have gone on to international honours during Karen’s time with us and thank Karen for the pivotal role she has played in their development. Loughborough University wishes Karen and her family well with their overseas adventure and we look forward to continuing our relationship with her over the coming years.”

Lightning Netball will now commence the recruitment process to identify a new Head Coach ready for the 2017/18 VNSL season.