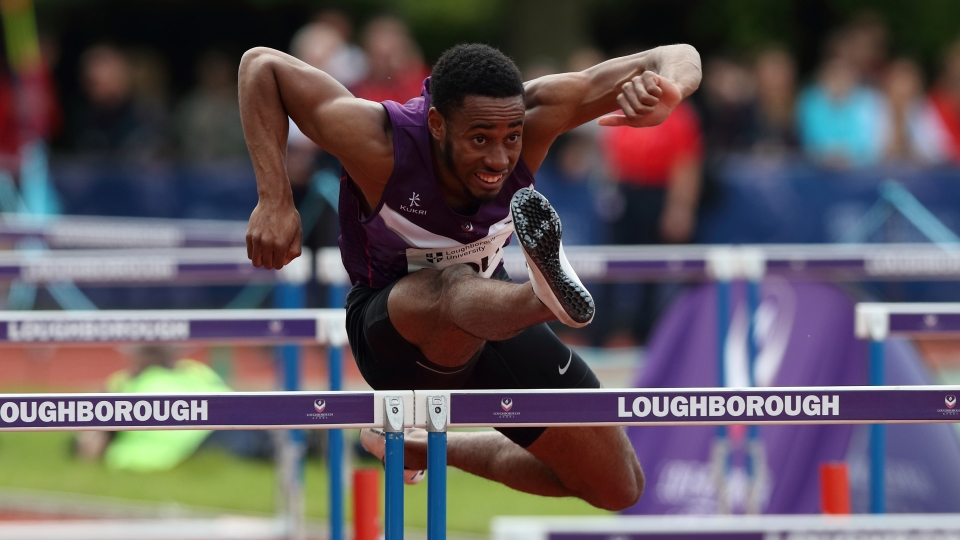 A remarkable 17 Loughborough athletes have been named in the Great Britain team for August’s IAAF World Championships in London, with current University students David Omoregie, Jessica Judd and Morgan Lake leading the way.

A remarkable 17 Loughborough athletes have been named in the Great Britain team for August’s IAAF World Championships in London, with current University students David Omoregie, Jessica Judd and Morgan Lake leading the way.

Economics with accounting student David Omoregie will contest his first senior World Championships, the Welsh sprint hurdler in fine form so far in 2017. A great run that ensured he was the only Brit to make the final at Sunday’s Anniversary Games, which took place in the same stadium as the World Championships will be contested in, ultimately sealed his place.

“I’m really, really happy to be selected for the World Champs; it’s a home championship and you don’t know how many times as an athlete you’re going to get to compete in a championship in your own nation. From last year and missing out on the Olympics by a week it’s always been in my mind to make the team and it gave me a lot of drive to work really hard through the winter and it’s a relief to know that hard work has paid off.

“Now I just want to go to London, go out and enjoy the experience of my first World Championships, learn a lot of things I can take forward in the future, but most importantly enjoy it.”

Having competed in the high jump at the 2015 World Championships and last summer’s Olympic Games, Morgan Lake is no stranger to the big stage despite being just 20 years old. The Psychology student has been in personal best form this year, wining the British Championships with a huge 1.96m jump, the third highest ever by a British woman.

As for Judd this is a return to the big stage, having last competed at a major championship in 2014. Recapturing her form with a move up to 1500m, the Human Biology student is also in the form of her life, having run a huge 4.05.20 personal best last month.

Alumnae Emily Diamond and Beth Potter had already secured their London 2017 places having finished in the top two at their respective trials events with valid qualifying times. Diamond will contest the 400m and 4x400m having won bronze in the latter in Rio, whilst Potter will go in the 10,000m.

Two more alumni who will be delighted to have their places confirmed are middle distance men Jake Wightman and Guy Learmonth, the duo both running 800m personal bests at the Anniversary Games on Sunday to be sure of their spots. Learmonth will contest the two lap event, whilst Wightman will go in his preferred 1500m, having won the prestigious Oslo Diamond League meeting earlier this season.

In the field former student Robbie Grabarz, the London 2012 high jump bronze medallist, has secured his spot meaning Loughborough will be represented in both the men’s and women’s events. Loughborough based Olympic bronze medallist Sophie Hitchon will compete in the hammer, and will have her eyes firmly set on adding another medal to her ever-growing collection.

Loughborough stalwart Martyn Rooney is named in the men’s 400m and 4x400m for his seventh World Championships, whilst Loughborough based Olympic 4x400m relay medallist Anyika Onoura goes in the same events. Meanwhile another former Loughborough student, Harry Aikines-Aryeteey, will form part of the British quartet in the sprint relay.

In the individual sprints Loughborough based Rio 4x100m medallist Asha Philip is named for both the 100m and 4x100m, whilst Danny Talbot gets the nod in the 200m and the sprint relay. Joining Omoregie in the 110mH is his training partner Andrew Pozzi, who has been in brilliant form in 2017.

Last but not least are female distance runners Lynsey Sharp and Rosie Clarke, who both train at the Paula Radcliffe Stadium. Sharp, sixth in the 800m in Rio makes her second World Championships, whilst Clarke will contest the 3000m steeplechase at her first global event.

For full information on the Loughborough athletes head to www.lboro.ac.uk/london2017