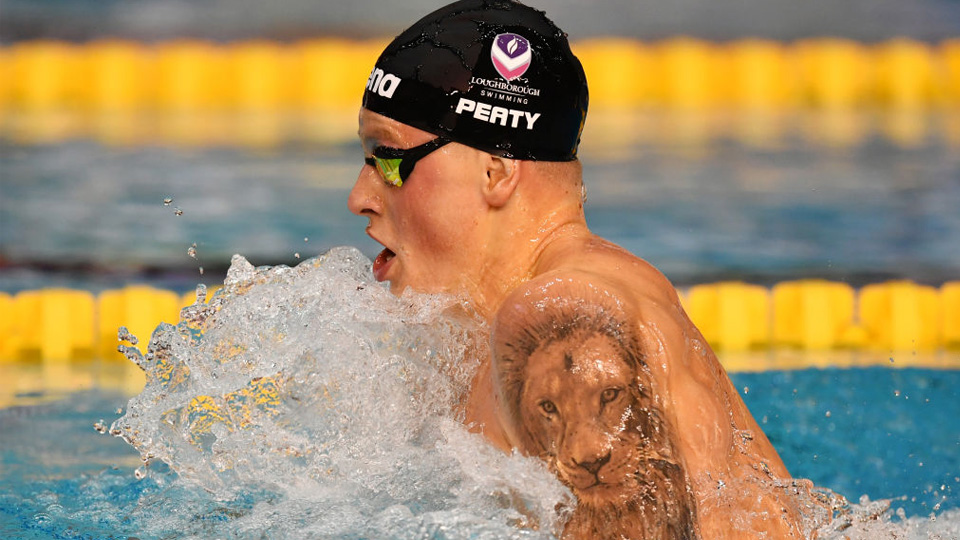 Olympic Champion Adam Peaty put on a swimming masterclass for the adorning crowd at the British Swimming Championships over the last two days as he won not one, but two titles, nearly breaking his own world record in the process.

Peaty had the crowd on their feet on the opening day of the championships in Sheffield as he defended his title in the 100m breaststroke in a world class time of 57.79, way clear of the rest of the field.

Returning to the pool the next day the Olympic champion, who now trains full-time at Loughborough University, blasted to 50m glory, missing his own world record by just 0.06 seconds. Despite being frustrated at coming so close to the world record, Peaty was way inside the British qualifying time for the World Championships in both events, and will now head to Budapest in July full of confidence.

“I came here tonight to see what I had in that 50 and I am pleased with where that is in April. It’s almost annoying how close I was to the world record but that’s sport and we’ll go back and see how we can improve it now.

“I really like the 50 because I can just go all at it. The 50 is going to compliment my 100 and that’s the main reason why I do it to be honest. The crowd have been great and they don’t know how much their support means to me. Hopefully one day I can give back to them.

After the medal presentation Peaty gave away his gold medal to a young fan in the crowd, which added an extra touch of class to his performance on the night.

"Hopefully that lad will look at the medal and it will make him think, 'If I train harder, I can be out there too' and then he'll be here competing one day."

Of his new home in Loughborough the double world record holder added:

“I am loving the environment in Loughborough. We have a great support team and the guys at British Swimming are really helping me with my race. I can still move it on for Budapest which is exciting.”

There was a shock victory for Jocelyn Ulyett on day two, the Loughborough University student setting a new British Record and winning her first national title in the 200m breaststroke. Ulyett took on Olympians Molly Renshaw (who also trains at Loughborough) and Chloe Tutton in the final, prevailing down the final length to bag the biggest win of her career.

The final year Geography and Management student was understandably delighted with her performance, especially as it was inside the consideration time for the World Championships.

“That time is so surreal, I can’t believe it! I’ve been really struggling with confidence so this morning really boosted it and then tonight I just had nothing to lose so I just swam my own race. I’m so excited to have met the time. It’s absolutely crazy to have achieved that. I just can’t believe it.”

Human Biology student Charlotte Atkinson was another athlete to make history as she became the first Manx athlete to win a British title for over half a century. The 19 year old took the 50m butterfly title by nine hundredths of a second, her 26.81 clocking a new Isle of Man record.

There were further Loughborough medals on the opening night in Sheffield, with Abbie Wood winning bronze in the 400m Individual Medley in a personal best time of 4:37.25, whilst University alumnus Joe Elwood secured silver in the 50m backstroke in an extremely tight race.

Imogen Clark swam to a new British Record in the 50m Breaststroke after she touched in a time of 30.21 and was joined on the podium by Loughborough College student Sarah Vasey who finished second.

On the second day of action there were more Loughborough medals, notably Harriet West, Kevin Wallback and Daniel Cross all winning their Target Tokyo finals.