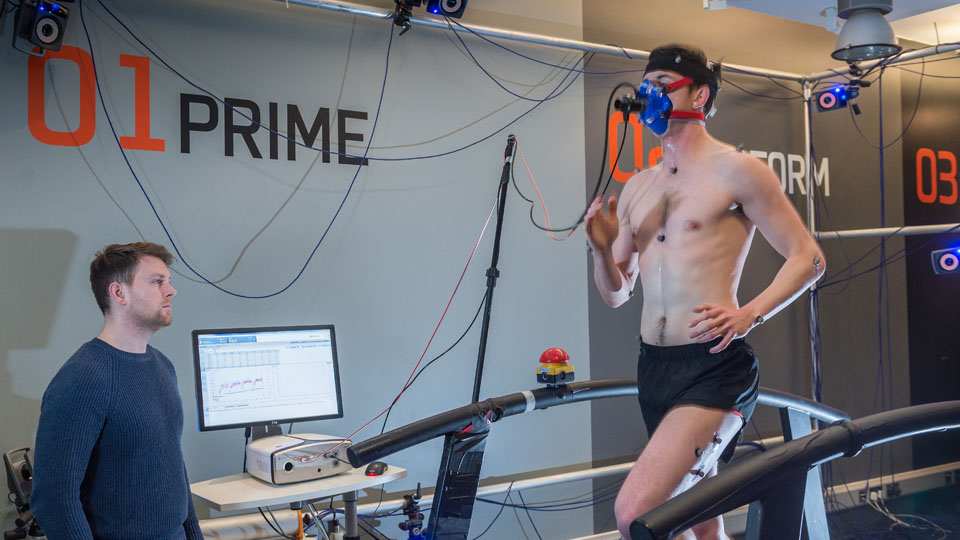 Research from Loughborough University’s School of Sport, Exercise and Health Sciences has shown that good running technique is both beneficial and important for running economy and distance running performance.

Whilst some running coaches consider technique to be important, others do not, and until now the scientific evidence for the importance of good running technique has been unclear.

The study, led by Dr Jonathan Folland, is by far the most thorough investigation of running technique published to date, and used detailed 3D movement analysis of the whole body to measure 24 different components of technique. These measurements were made whilst each of the 97 runners, who had season’s best times for 10 kilometres ranging from 29:32 to 56:49, ran at the same series of speeds.

The key finding from the research was that technique explains a substantial proportion of the differences in running economy (39%) and performance (31%) between runners. No previous study has documented such a contribution of technique. In simple terms, a better technique equals better running economy, which leads to increased performance.

Many aspects of technique were correlated with running economy and performance, however in a combined analysis three technique variables (vertical bounding of the pelvis, knee bend during ground contact and minimum forward velocity of the pelvis) contributed to running economy and four further variables (shin angle at touchdown, duty factor, trunk forward lean and minimum forward velocity of the pelvis) were found to contribute to performance.

Ultimately the study highlighted the role of some entirely new aspects of technique. It was found that minimum horizontal velocity of the pelvis, a measure of the braking that occurs on landing with each step, was found to contribute to running economy and performance for the first time.

Of his findings Dr Folland commented:

“Runners and coaches are advised to be attentive to technique and the key aspects of good technique, as well as simply training hard and focusing on physical fitness.”