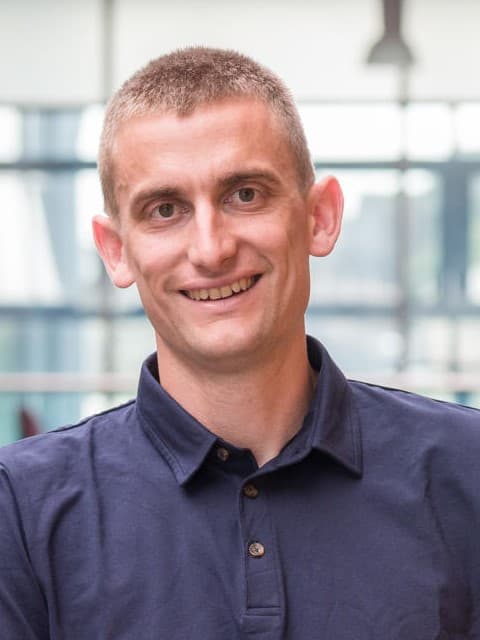 Stephen gained his undergraduate degree in in Sport and Exercise Science in 2008 at the University of Bath. He completed a placement year as part of the degree, working at the British Olympic Medical Institute and studying at the University of Wollongong in Australia. Stephen completed his PhD at Loughborough University in 2012 examining fluid intake behaviours in the workplace and following high intensity exercise.

Following his PhD, Stephen worked for Powerade as a Sports Scientist at the London 2012 Olympic and Paralympic Games. He then returned to Loughborough, first as a technician and then to work on a project examining medical care at endurance events around the world.

Stephen is a middle distance runner, competing for Charnwood AC and Harrow AC over 800m and 1500m. He is yet to step up to the marathon but is tempted to start soon after the visits to the Marathon Majors during 2014. He is also a keen tennis player, golfer and skier (and sometimes cyclist).

Stephen’s overall research focus examines nutritional interventions for health and performance in endurance exercise. His two main areas of research are i) hydration and renal health/function and ii) the influence of carbohydrate metabolism and hypohydration on exercise performance with both areas including environmental physiology.

Stephen has presented at several International Conferences. He currently sits on the research board for the International Institute for Race Medicine, for which he also authored the Marathon Medical Care Manual. He is a member of the medical groups for GSi Race Events and the Joe Humphries Memorial Trust.