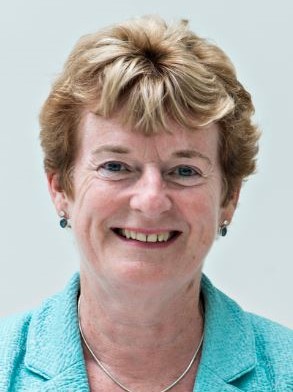 Jo received a Fellowship from the Physical Education Association of the United Kingdom (PEA UK) in 1999 and a Ling Award in 2006 to acknowledge her significant contribution to the subject and profession. She was Vice-President of PEA UK from 2000-02 and President from 2003-06.  Jo served on the Management Board of the newly formed Association for Physical Education (afPE) from 2006-08 and was Vice-Chair from 2008-10.  She has been the Chair of the PE Expert Group from 2015 and a board member of afPE since 2019.  Jo became a Fellow of the Higher Education Academy in 2007 and was awarded the status of Principal Fellow of the Higher Education Academy in 2015, becoming the first academic at Loughborough University to attain this prestigious award.  Jo also received a Research-Informed Teaching Award from Loughborough University in 2015, an award from afPE in 2016 in recognition of her contribution to securing one association, and an award for Outstanding Postgraduate Research Supervision in 2016 and 2018.  In addition, Jo has been President of the Bergman Osterberg Union since 2017 and a School Governor since 2018.

Jo regularly carries out external examining and validation responsibilities and presents her research and associated developmental work at national and international conferences around the world.

Jo is actively involved in research on health-related policy and practice within the Physical Education curriculum. She has a particular interest in the expression of health in physical education, health in PE pedagogies, and PE’s role in and contribution to public health, including the promotion of active lifestyles in schools. She is also involved in the development of health-related teaching resources and continuing professional development in the area of children’s health, activity and fitness. She has authored and regularly updated the research-informed health position paper for the Association for Physical Education.  In recent years, she has secured enterprise funding to develop promoting active lifestyles (PAL) principles, case studies and paradoxes to influence pedagogical change in schools.