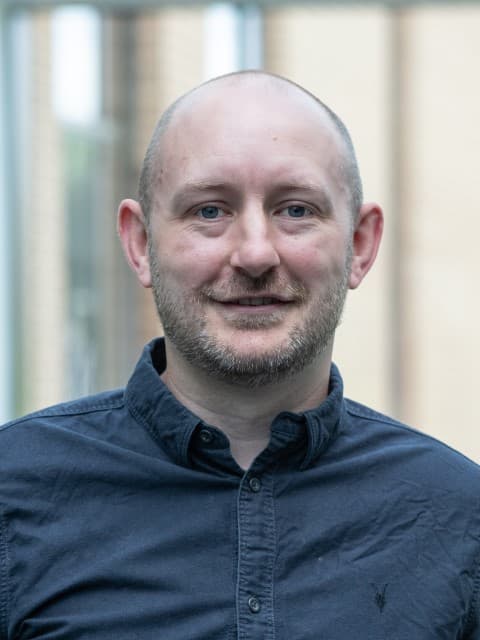 Donald joined Loughborough University in the summer of 2020 and has a wealth of applied experience, having worked in professional football for over ten years. He worked in the Premier League and the Football League Championship with Leicester City, Coventry City and Norwich City, and was part of the support staff when the Canaries achieved promotion to the Premier League at Wembley in 2015.

Donald’s roles within football involved working as Head of Performance Analysis and Head of Technical Scouting, where he utilised innovative processes and technology to provide elite support within the 1st team environment. These senior roles have provided him with a detailed knowledge of the role performance analysis can play in the coaching process and the due diligence process within modern scouting and recruitment departments. Across his various roles in elite sport, Donald has had the opportunity to work with and learn from a number of highly respected Managers, coaches, players and performance staff.

In recognition of his work in elite football he has the highest accreditation level available from ISPAS, Applied Level 5 Performance Analyst, an award given to staff working at a world class level in performance analysis. He has also obtained the High Performance Sport Accreditation from BASES due to his extensive experience of working with high performance athletes in professional football. His experience and broad skill set has led to him being invited to appear as a guest on numerous podcasts and to provide presentations on behalf of the Premier League, Scout7 and OPTA.

Alongside his experience in analysis and scouting, Donald has also obtained an MPhil from Nottingham Trent University for his research into Artificial Neural Networks and Player Recruitment in Professional Football. The research focused on applying modern machine learning techniques to predicting and evaluating players’ performances for scouting and recruitment purposes and has led to publications in high ranking journals. Before joining Loughborough University, he was the course leader for the undergraduate and masters performance analysis provision at the University of Suffolk where he developed authentic taught sessions focused on preparing students for work in elite sport. He is aiming to utilize his experiences and skillset to create world-class performance analysis training and support at Loughborough University in collaboration with his extensive network of elite practitioners and our outstanding performance analysis partners.

Donald is a reviewer for a range of peer reviewed journals including: