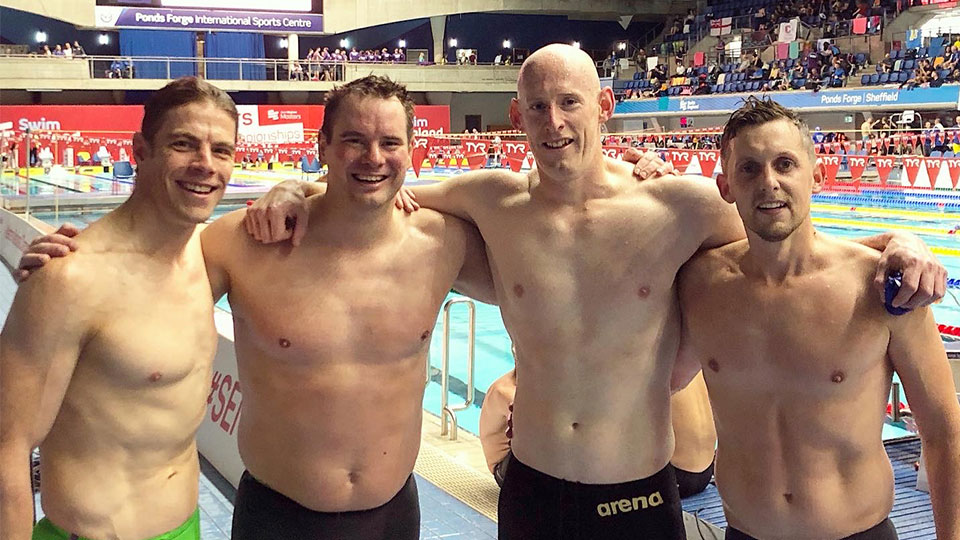 Competing for Nottingham Leander (the local club Alex coaches) they swam in the men’s 4 x 200m freestyle relay in the 160-199 age category (the range of the combined age of the four relay swimmers).

The record they beat was only set last year and the second-placed team finished more than 25 seconds behind them.  In addition, Carl also broke the individual 200m freestyle British record for his age group.

The team train most lunchtimes at the University’s pool but before the championships, the last time David had competed was at the 2000 Olympic Trials and Andi had not raced competitively in a decade, which makes the achievement all the more impressive.

Alex said: “We swim to be healthier individuals but, more recently, we had our eye on breaking the record. It really motivated us further. For a group of staff members - training during our lunch break - to beat the record by such a margin, we are really chuffed.”