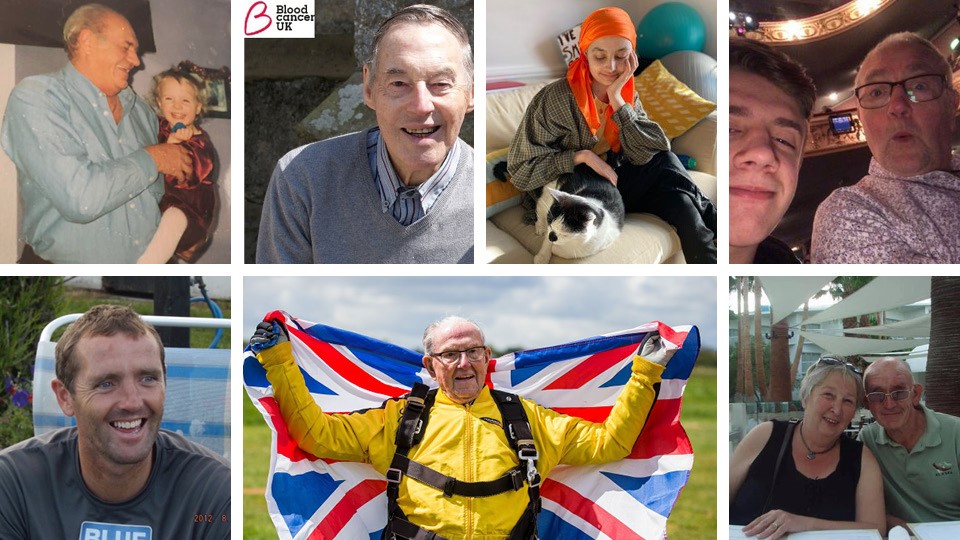 Every year Loughborough Students’ Union Rag runs a skydiving event to raise money for their chosen charities, but for 2021 they have offered students the opportunity to choose which charity they fundraise for.

Usually around 15-20 students take part but this year 137 students have signed up, with 30 raising money in memory of someone. They will be jumping on various dates throughout May 2021 at Langar Airfield in Nottingham.

Below are the inspirational stories of just a few of our incredible students taking part in this year’s skydive:

“In May 2017 my great grandfather, Verdun Hayes, became the world record holder for the oldest skydiver, aged 101 years and 38 days. When asked what his secret to living a long life was he used to say ‘just keep breathing’. Verdun was a World War II veteran and the most inspirational man I’ve ever met. When he said that he wanted to do it again for his 102nd  birthday I decided I would do it with him, however unfortunately he wasn’t fit enough to complete the jump by this time, so I never got the chance to join him. Verdun sadly passed away in August 2019, so I want to do the jump in honour of him and to raise money for the Royal British Legion, the charity who supported him in his final years.”

“I am doing this skydive in memory of my grandad, Bernard Yeowell, who passed away a few weeks ago. My grandad was the most selfless person, and he would always be able to light up a room and put a smile on anyone’s face. He dedicated his time to helping others and he will be missed by everybody who knew him.”

“Ruby Fuller was the life and soul of any group. She was kind to all but always made her voice heard with passion and anger at the slightest discrimination. I was so lucky to know her and the world has lost someone extraordinary. Before she died, she asked to be remembered by the phrase ‘Live Kindly, Live Loudly’."

“I am skydiving to raise money for Blood Cancer UK in memory of my grandad, Ronald Webb, who sadly passed away aged 80 after a long 10-year battle against Leukaemia. Grandad was such an amazing hardworking man, who lived his life with no regrets. He was a perfectionist in everything he did and would persevere to succeed.

He taught me that you must try hard to get to where you want to go in life. People always say how similar I am to my grandad, so I hope that I am making him proud. This skydive symbolises that I am going to live my life to the fullest and make the most of every opportunity put in front of me. If I can jump out of a plane, I can do anything that I put my mind to!”

“The reason I am doing the skydive in memory of my dad is that he sadly passed away when I was only two weeks old, and I only met him once as he worked on an offshore oil rig. I can imagine this being an activity I would have done with him today if he was still around as activities like this seem to be what he used to enjoy. He passed away in a helicopter crash and this is the reason my charity of choice is the East Anglian Air Ambulance. From what my family have said to me about him he was an amazing man and I am proud to be his son.”

“I have chosen to raise money for the British Heart Foundation (BHF) in memory of my dad, Paul McCarthy, who suddenly passed away aged 45 after suffering from a cardiac arrest which was caused by a genetic heart disease called familial hypercholesterolemia. Due to the genetic nature of my dad's heart disease, my sisters and I will have to be monitored throughout our lives. The vital research carried out by the BHF may have a personal impact not only on my family but on thousands of other people. Although my dad would have never done a skydive, he always told me to take every opportunity that comes your way, it may never happen again.”

“My grandad’s name was David Langstone. He was caring, funny, devoted to his family, and had a great sense of adventure. Whether it was watching episodes of The Crocodile Hunter, walking to the local shop for sweets or taking the dogs to the park, these simple things we did together are what I cherish and will always remember him by. When my grandad passed away from heart disease in 2012, it was the worst day of mine and my family’s life. The thought of going to my grandparents’ house and to not see him sitting in his chair in the living room became almost unbearable but we knew we had to carry on. I am doing the skydive for him to raise money for the British Heart Foundation. This will be my adventure and my way of paying tribute to an incredibly special man whose memory will never be forgotten.”

“My grandad was more than just a grandad to me; he was my best friend and idol all rolled into one. Growing up I spent a lot of time with him; with countless hours spent studying with him, playing and talking about all things sport, most notably cricket, and going down to the gym with him where he’d watch my swimming or tennis lessons. I’ll never forget the first time we went to go and watch England Cricket play in the Ashes, nor will I forget my maiden 50 where I raised my bat and pointed it towards him in the stands. Every 50 since, every time Shrewsbury Cricket win, every time Aston Villa win, I’ll always remember my grandad and dedicate it to him.”

Hettie Bawden, Rag Chair said: “When I was campaigning to be Rag Chair, my top manifesto point was to increase opportunities for students to fundraise for charities of their choice. Seeing the variety of fantastic charities chosen is so incredibly heart-warming and reminds me why we give students these opportunities. I cannot wait to see what this fantastic team achieves throughout the year.”

Jess Poole, Team Leader for the skydive challenge added: “It really is a pleasure to guide a such a motivated team to reach their fundraising goals. This year is so special as we are seeing over 30 of the team skydive in memory of someone and there are already 66 individual charities that are going to benefit from the kindness of Loughborough students.

“The impact they are having on their community and society is enormous, they should all be very proud of how well they are doing. I will be waiting for them – with my feet firmly on the ground!”

LSU’s Rag is one of the biggest student fundraising organisations in the country and has been running for 83 years. They recently won The National Student Fundraising Group of the Year 2019/20.  Their aim is to engage Loughborough students in extracurricular activities whilst supporting hundreds of local, national, and international charities.

The LSU Rag fundraising page can be found here and more information on what Rag do is available here.