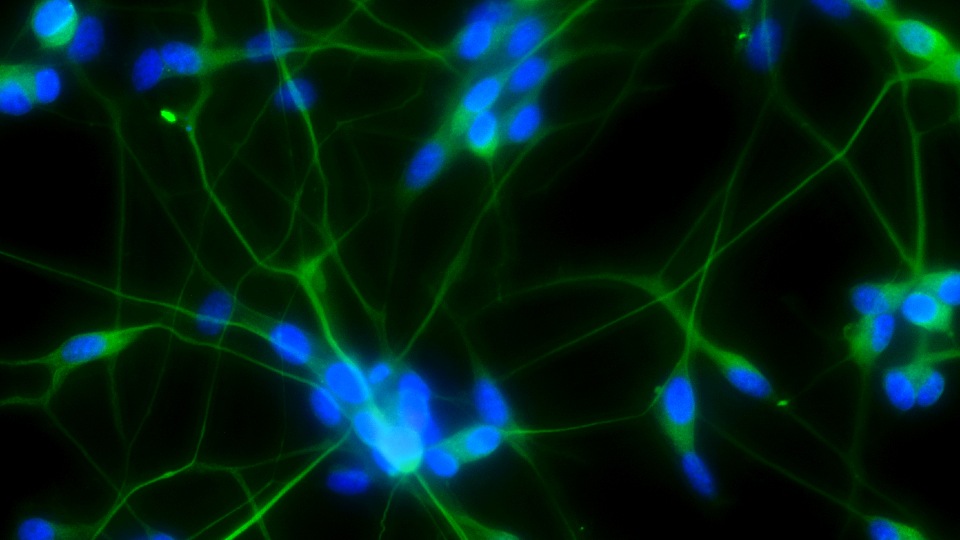 Loughborough University scientists have started work on a project that will see human brain stem cells used to power artificial intelligence (AI) devices and bring about a revolution in computing.

The Neu-ChiP project has been awarded €3.5m (£3.06m) to show how neurons – the brain’s information processors – can be harnessed to supercharge computers’ ability to learn while dramatically cutting energy use.

Led by Aston University, the project is an international collaboration involving academics from Loughborough University’s Department of Chemistry and partner institutions in the UK, France, Spain, Switzerland and Israel.

The research team is now embarking on a three-year study to demonstrate how human brain stem cells grown on a microchip can be taught to solve problems from data, laying the foundations for a “paradigm shift” in machine learning technology.

Use of AI is becoming ever more prevalent in areas as diverse as healthcare, finance, autonomous vehicles and speech recognition, right through to recommending films through on-demand services like Netflix.

The ‘big four’ tech companies - Apple, Google, Amazon and Facebook – and many others are investing heavily in machine learning to tailor their products and better understand their customers.

The recent trend towards ‘neuromorphic computing’, which aims to mimic human neural activity electronically, is hampered by the inherent limitations of conventional electronics.

In contrast, human brain cells effortlessly combine these functions and have extremely low power demands, requiring only a small volume of a nutrient-rich solution to operate.

In the Neu-ChiP project, the team will layer networks of stem cells resembling the human cortex onto microchips. They will then stimulate the cells by firing changing patterns of light beams at them.

Sophisticated 3D computer modelling will allow them to observe any changes the cells undergo, to see how adaptable they are. This imitates the ‘plasticity’ of the human brain, which can rapidly adapt to new information.

The project, funded by the European Commission’s Future and Emerging Technologies (FET) programme, is also expected to produce new knowledge about the functioning of the brain which could be used to develop novel stem cell-based treatments.

The Loughborough scientists, led by Dr Paul Roach, will focus largely on the microfabrication [the process of fabricating miniature structures of micrometre (1×10−6 m) scales and smaller] of cell-based devices.

“Surface chemical and structural characteristics can be precisely designed to aid the construction of very complex living cell circuits.

“We have used these to model neurological diseases and here we apply our methods to help design revolutionary biological computers.”

“This work really brings together an exciting interdisciplinary team of researchers to build on our individual strengths and interests. The focus of this project is on revolutionising the way we analyse information using specifically designed complex living neuronal circuits.”

Professor David Saad, of Aston University, added: “Our aim is to harness the unrivalled computing power of the human brain to dramatically increase the ability of computers to help us solve complex problems.

“We believe this project has the potential to break through current limitations of processing power and energy consumption to bring about a paradigm shift in machine learning technology.”

“We are very excited to have won support from the European Commission for this ambitious project. Our international team will combine their expertise and work together to develop technology that we expect to provide great future benefits for science and society.”

“Our ability to turn human stem cells into brain cells has revolutionised the study of the human brain.  This exciting interdisciplinary project will bring international scientists from diverse backgrounds together to develop new technologies that will provide huge insight into the development of human neuronal networks”.

Drs Jordi Soriano, Associate Professor in Physics, and Daniel Tornero, Tenure Track Professor in Biology, both at the University of Barcelona, said:

“Our ability to engineer neuronal circuits in a dish and train them to conduct data analysis will provide new insights on how the brain computes information and finds solutions. The developed technology may even help to design unique and exciting human-machine interfaces."

“In Neu-ChiP, we will not only model a system made of many extraordinarily complex components - human neural cells - but we will try to go far beyond. Our aim is to drive the neural system to a state in which it will be able to carry out nontrivial computations.”

“We are seeking to build neuromorphic circuits and combine emerging electronic devices with biological neurons and this project is a major step towards this target. In the context of synthetic biology, it is impressive to see how computation in living cells is evolving from digital through analogue and moving towards a neuromorphic computing paradigm.”

“The Neu-ChiP project has the ambitious plan to overcome current machine learning approaches through the study of complex human-brain-based circuits. We are proud to put our technology at the service of this pioneering and exciting challenge.”