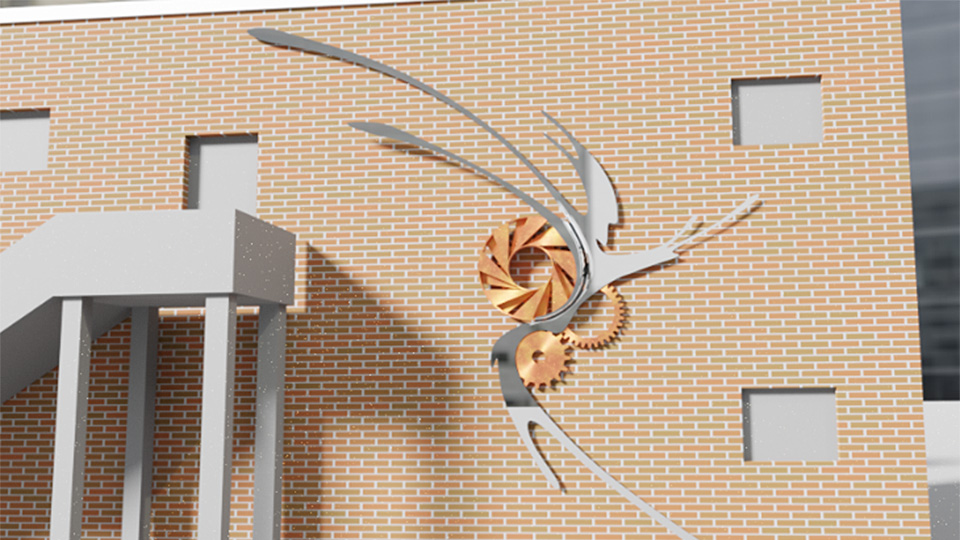 In October, LU Arts launched an exciting competition for current students and graduates to submit their proposals for a new sculpture on the Loughborough University campus. 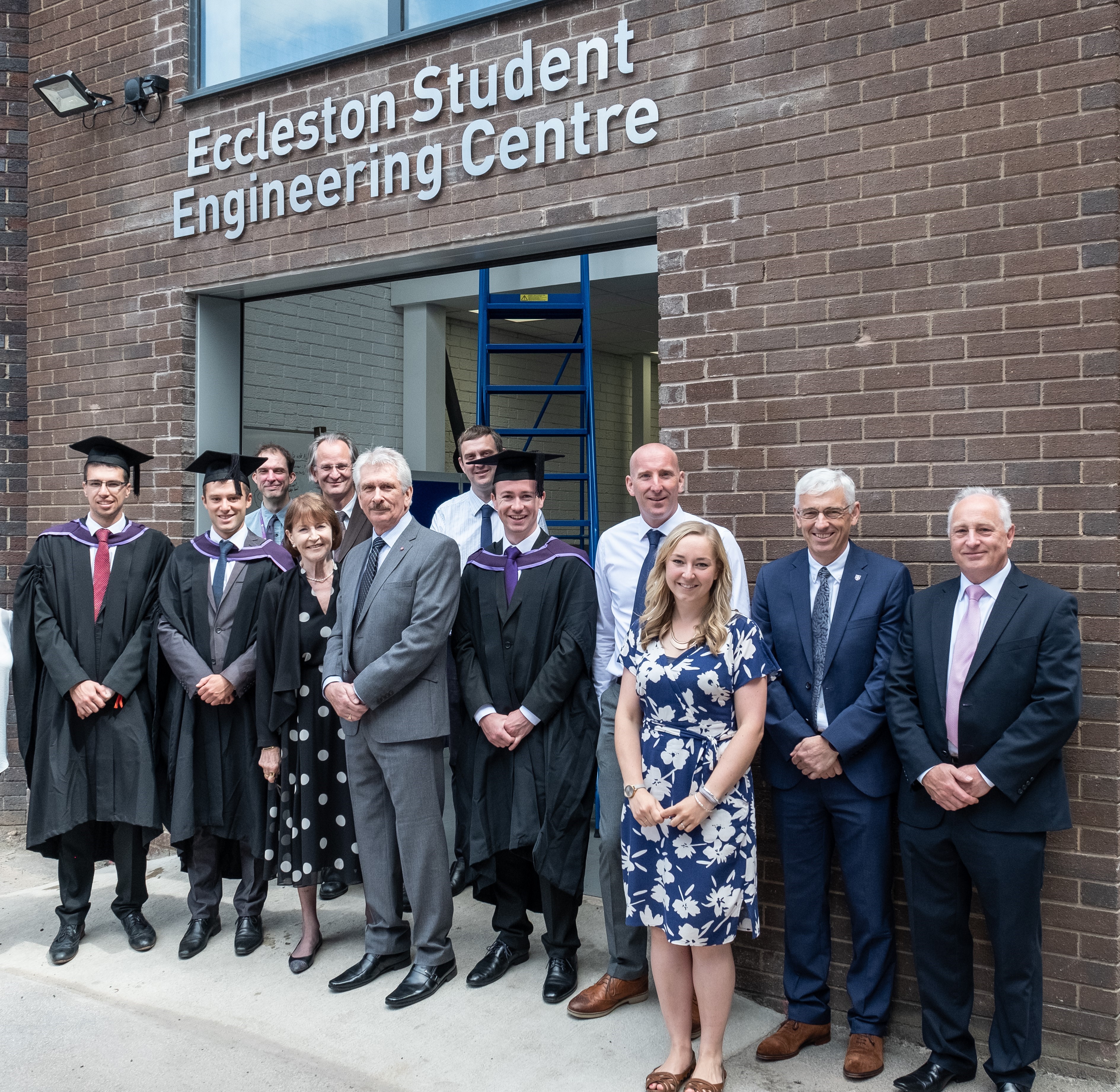 The Eccleston Student Engineering Centre was opened in July 2019.

The work is to be funded by a generous donation from Barry and Valerie Eccleston, and will be installed on the exterior wall of the Eccleston Student Engineering Centre – home to students conducting extra-curricular engineering activities such as Formula Student. Proposed ideas were required to take inspiration from the processes, forms and imagery of automotive and aeronautical engineering.

The team are delighted to announce that the winner is alumnus Ian Tricker, an award-winning artist who graduated from the University in 2013 with a degree in Fine Art.

His planned sculpture, which is yet to be named, will be made from corten steel and stainless steel, increasing the longevity of the piece and also providing qualities that alter with the weather. When designing the piece, he chose to focus on the importance of engines to travel both in the air and on the road.

Ian has previously been commissioned to undertake work in the local area by Charnwood Borough Council with The Sound of Time – a celebration of Loughborough’s musical and industrial heritage – and he won a student competition in 2014 to design artwork for the then new Shirley Pearce Square. The stainless steel torch-like sculpture which doubles as a fountain and is sited close to Martin Hall was based on one of Ian’s designs.

Furthermore, he has showcased his work at 11 exhibitions and has won numerous awards, including the University’s prestigious Edward Sharp prize.

The piece will join 40 other sculptures based across the Loughborough site, including works by Lynn Chadwick, Bernard Schottlander and Margaret Traherne.

Ian commented: “I'm very privileged to have won this opportunity to produce an exciting piece of sculpture for Loughborough University, and would like to thank Barry and Valerie Eccleston for their generous funding of this project.

“I'm excited and honoured to be taking part. My time studying at Loughborough University was transformative and pivotal for me, and I'm excited that this work will form part of the campus collection.”

The University plans to unveil Ian’s sculpture at the beginning of the 2021/22 academic year.

There were two runners-up for the competition: second-year Fine Art student Kate Butler, as well as a joint proposal from a group of current students consisting of Chloé Degnan, Natyra Jashari, Lucy Moult and Jagoda M Smulska. Both runners-up will receive £500 each for their outstanding ideas.

Barry and Valerie Eccleston, who helped judge the competition along with current students, staff members and staff from LU Arts, commented: "We are delighted with Ian Tricker's inspired vision and trust that it will capture the imagination and creativity of present and future Loughborough engineers."

More information about Ian and his previous work can be found here.