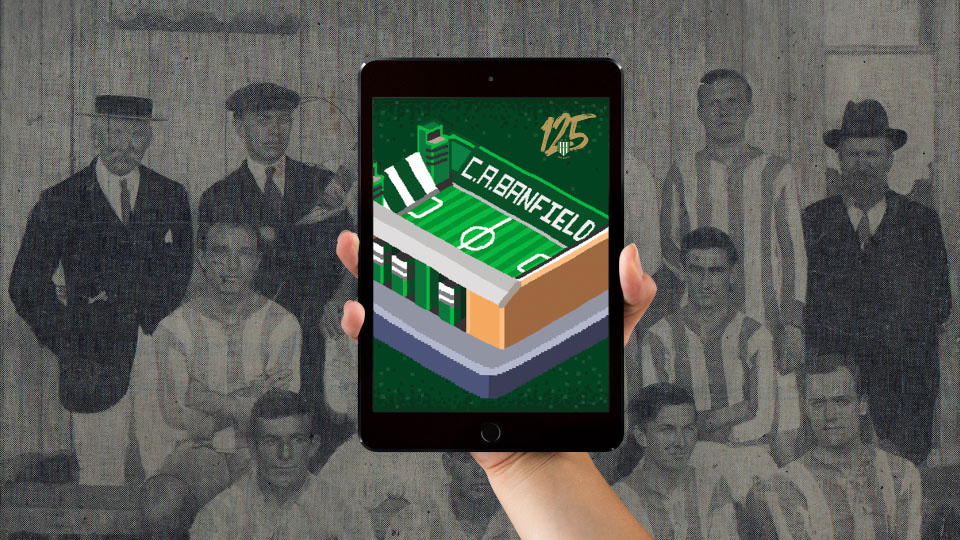 Researchers from Loughborough University London’s Institute for Sport Business are behind the development of a new video game for leading Argentinian football side Club Atlético Banfield.

The game, Banfield Penalty Challenge, follows the figure of the club’s founder Edward Banfield and has been developed to commemorate its 125th anniversary.

The game, which is the first of its kind for a professional football club, sees players tasked to help Edward on his virtual journey by answering questions on general culture and the club’s history.

Banfield was a British settler and railroad engineer and was credited with driving the first locomotive train in Argentina. The club later inherited his name.

The game, created in collaboration with Raising Games, has over 750 hours of work invested into its development and has also been translated into eight languages.

Loughborough University London’s Fede Winer, who has played an instrumental part in the project, explained the thinking behind the idea:

“All brands involved in sports and entertainment industries need a service-oriented digital strategy, which goes beyond a social media post. Brands must facilitate the 24-hour, 365-day content demand of the next-gen fan, providing omni-channel experiences to connect with their passions. Such challenges require immediate attention for economic survival, as more engagement means a higher brand value.

“In the pandemic era, traditional sources of income such as event tickets or TV rights may have disappeared or reduced drastically. Digital-oriented services are the most valuable tools to address the complexity of brand scalability, organic income, and fan connection."

“With games like Banfield Penalty Challenge, clubs can capture gaming communities which aren’t the stereotypical teenager. Stats show that 40% of today’s gamers are women; 26% are older than 50 and the average age of a gamer is 34 years old”.

The game is scheduled to be released in December 2020 on mobile phones, Linux, and Windows systems. The download will be free of charge and those who accumulate the most points will be able to receive prizes throughout 2021.