MEET THE MAKER: Student’s spore trap design aims to save UK trees and inspire the next generation of citizen scientists 1 July 2020

The United Nations General Assembly declared 2020 as the International Year of Plant Health – an opportunity to raise global awareness on how protecting plant health can benefit the environment and other areas.

Lucy Mitchell, a final year Industrial Design and Technology student, is well aware of the importance of looking after nature as her mother is a landscape architect and she also spent much of her placement year in Putney visiting the renowned Kew Gardens.

After learning about the numerous health issues faced by UK trees and how their decline can have a detrimental impact on biodiversity, Lucy decided to explore the role design could play in alleviating the problem.

In the below Q&A session, Lucy discusses the product she has created, ‘Spored’ – which features in this year’s Loughborough University Design Degree Show – and how she hopes it will birth a new era of citizen scientists.

Spored is a spore trap that uses settle plate sampling to culture fungi in order to identify fungal diseases that pose risks to trees. Put simply, it collects mould spores on a petri dish outside.

The project is all about engaging the general public in tree health, which is really important to protecting biodiversity.

The shape of the design was inspired by acorns, to celebrate the importance and value of our native trees.

The Woodland Trust identifies six diseases that have reached epidemic level in Britain.

Woodlands are really valuable as they promote biodiversity, provide timber and habitats, capture carbon and benefit social wellbeing – so it's vital we do as much as we can to protect woodland.

Spored aims to identify the presence and spread of diseases quickly so we can do more to manage them and hopefully eradicate them.

Ash dieback [a fungal disease that blocks water systems in ash trees causing the tree to die] first appeared in the UK in 2002 but a plant health order wasn't released until 2012. 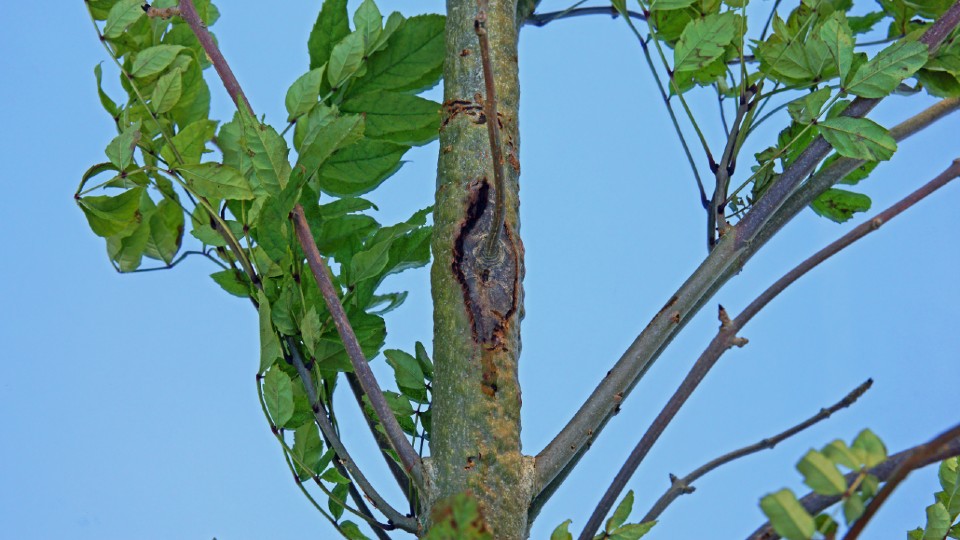 It's now estimated that it could kill up to 95% of ash trees.

If we'd been able to take action sooner, we might not be looking at the same loss of trees we are now.

The idea is to use the public as citizen scientists to create a network of these spore traps.

Participants could hang up the traps in trees in their gardens or a participating site.

The spore trap comes as a kit which they can assemble then put a petri dish in, that holds potato dextrose agar (an agar that specialises in the culturing of fungi, the agar would have an antibiotic in it too to reduce the risk of contamination from bacteria to the sample). 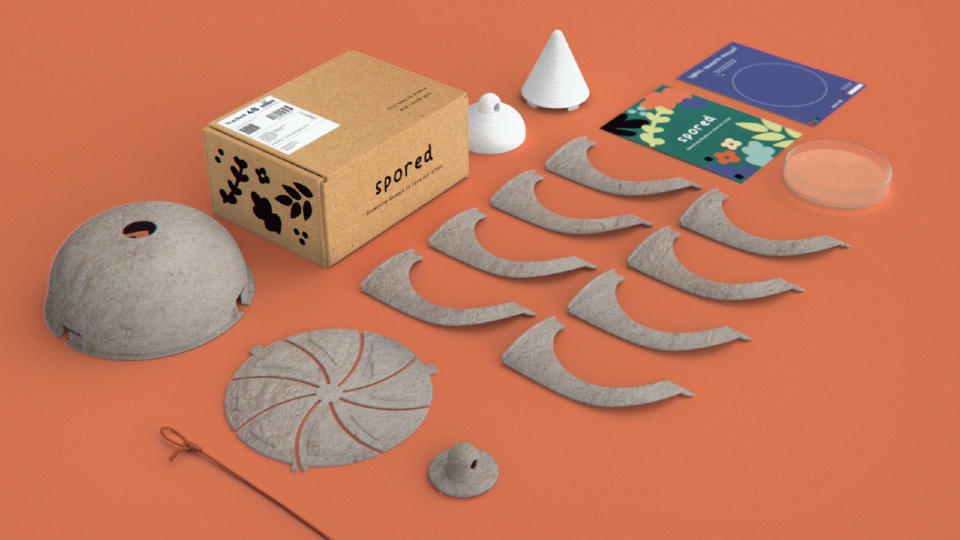 The user would also need to note down the date when they started the sampling, the kind of tree they hung the spore trap in and their postcode.

After the spore trap has been left outside for two hours, they'd take it down and tape the lid onto the petri dish to contain the sample and leave it to culture for a week.

By the end of the week, mould will have grown on the petri dish.

The petri could then be sent off to be photographed under a microscope and identified.

The species of fungi would then be logged along with the location and tree to map the spread of disease.

This data can then be shared with relevant groups like DEFRA to follow the spread of known pathogens or the introduction of new ones.

The main goal is to raise awareness about the risk our native plants face and try to engage people with that.

Horse Chestnut trees have been classified as vulnerable to extinction and I'm not sure people are really aware of that - I definitely wasn't until I started this project and it'd be sad to see an end to conkers.

Citizen science is a really good way of supporting biodiversity and wildlife conservation and there are so many projects you can get involved with.

If more people got involved in citizen science because of this project that would be great.

Lucy with a 3D prototype. Note the acorn-inspired design that aims to celebrate the importance of our native trees. via GIPHY

Lucy has created a 3D printed prototype of Spored and is now working to refine the design.

The Design Degree Show’s digital showcase and more on Lucy’s creation can be found here.