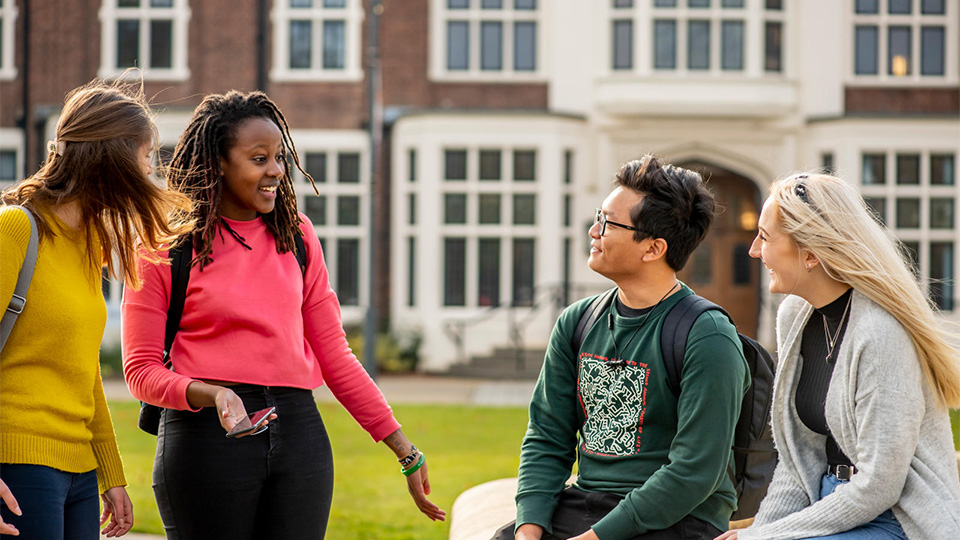 Today, Loughborough University was named ‘University of the Year’ at the 2020 WhatUni Student Choice Awards (WUSCAs).

The University was also announced as the winner of both the ‘University Facilities’ and ‘Sports and Societies’ categories, having been shortlisted for ten categories in total. Loughborough is also delighted to have received silver in the ‘Job Prospects’ category and bronze in the ‘International’ category.

Altogether, it achieved a fantastic overall rating of 4.58/5, a record-breaking score for the WUSCAs in the seven years that it has taken place.

Over 41,000 reviews from more than 150 higher education institutions were collected from students across the UK by WhatUni to determine which universities provided the best experiences.

The annual awards event recognises institutions for excellence in a wide variety of academic and social areas, and the majority of the categories are voted for entirely by students.

Vice-Chancellor of the University, Professor Robert Allison commented: “This is an absolutely fantastic achievement for the University. This year, and particularly the last few months, has been challenging for us all.

“These awards are testament to the hard work of everyone right across the University and to our commitment to excellence, even in the most testing of times. I would like to say thank you to all of the staff and students here at Loughborough who make it such a great University.”

Matt Youngs, incoming President of Loughborough Students’ Union said: “Being named University of the Year is a fantastic testament to the hard work, dedication and commitment of our students and staff alike, both on our Loughborough and London campuses. These last few months have shown more than ever the strength of the community we have here at Loughborough, and this recognition is well deserved for everyone’s outstanding efforts.

“We all know there is something special at Loughborough, and this award only reiterates that – well done everyone!”

Simon Emmett, CEO at IDP Connect added: “Huge congratulations to Loughborough University for an outstanding year, the institution’s student-first approach has clearly been recognised and is reflected in their reviews. To all the institutions who either won a category, were shortlisted, or participated in the review collection process, thank you for your hard work ensuring that every student is provided with a quality higher education experience capable of unlocking their full potential.”

Loughborough has previously received the ‘University of the Year’ accolade in 2018 and 2015, and remains in the top 10 of every national league table.