Motivated to beat the statistic that only 6% of care leavers go to university and even fewer finish their degree, Kim Emenike is graduating from Loughborough University with a 2:1 in International Business.

Kim went into foster care at seven years old, and at 17 she moved into a hostel whilst studying for her A-levels. So that she could focus on her studies, Kim was unable to work and receiving benefits which meant she had £50 every two weeks to live on and pay all of her bills. At 17 she was learning to manage money, taking on responsibilities many of her peers did not have to worry about and applying for university.

The hostel also did not have Wi-Fi so Kim would arrive at school early every day and would go to her local library until 9pm every night to get her work done and revise.

Reflecting on this time, she said: “Living in a hostel, I didn’t have the resources other students have. I basically lived at my local library. Having that kind of stress when you’re trying to revise is hard.”

She also lived with vulnerable people, including those who had just come out of prison and many with complicated mental health issues. She saw that many of these care leavers and vulnerable people were disadvantaged by the system and were struggling to find a way out. 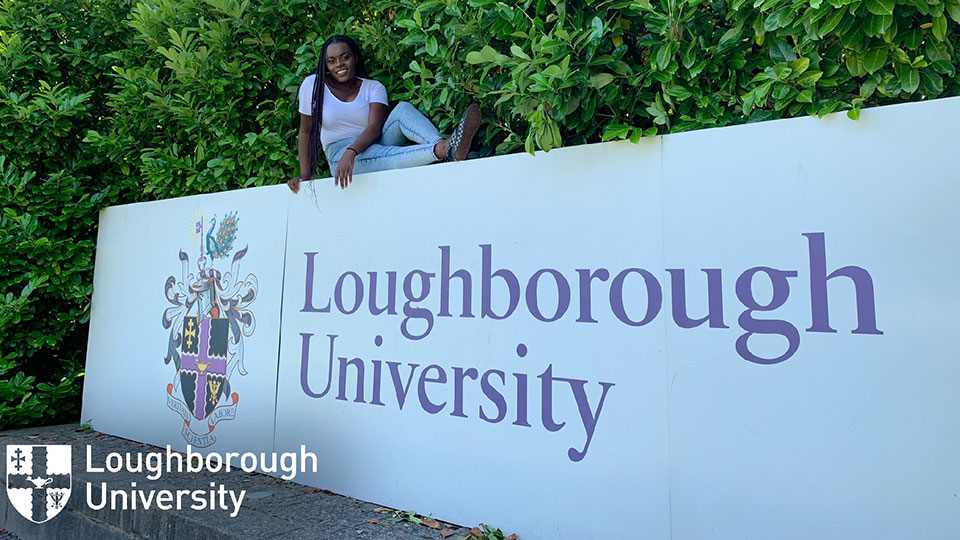 When Kim got her place at Loughborough, she admitted she was not sure what to expect. She said: “I’m the first in my family to go to university. My focus was to get a degree, get a job and go. Once I came to Loughborough, I realised there are so many opportunities and so many things to get involved in.

“I realised that the degree was only part of the experience.”

The University was able to support Kim during her time as a student. She received a bursary which meant she did not have to work as many hours at her part-time job, giving her more time not only to study but also get involved in societies and have the full university experience. She was also supported by the Student Wellbeing and Inclusivity team.

When asked if she had any advice for other care leavers or people still in care who want to go to university, she said: “Do not let your past define you. There is nothing wrong with coming from a disadvantaged background. There are so many people rooting for you. Work hard and be proud of who you are.”

On her time at Loughborough, she added: “The Kim who came here in 2016 is not the same one leaving in 2020 – I am more confident, more employable and I have found my passion. It’s changed my life.”

Kim is looking forward to starting her graduate scheme in the Civil Service in October, and she is also writing a book about how the system for care leavers needs to change. She wants to build a network for care leavers so that they can support each other and help each other succeed.