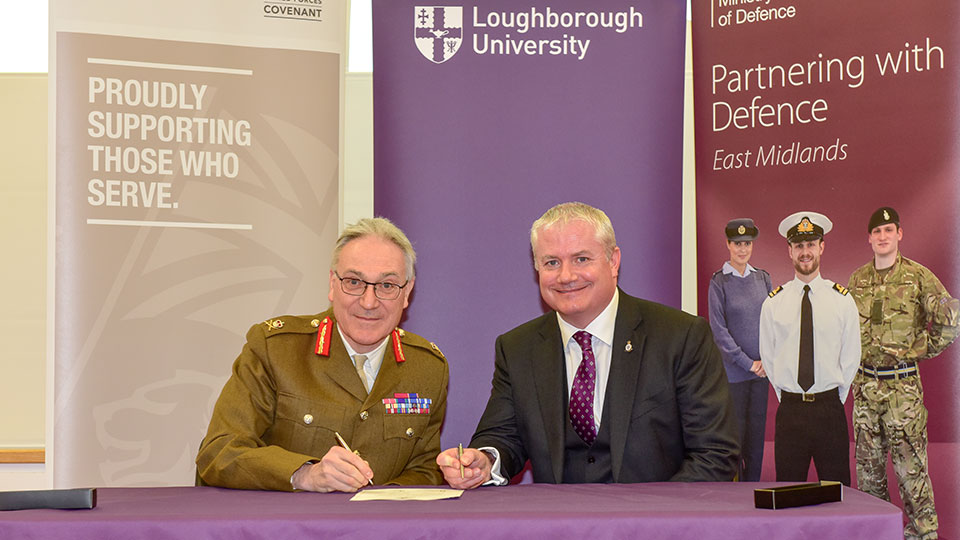 The University has continued its commitment to supporting the military community by re-signing the Armed Forces Covenant.

Originally signed in 2016, the agreement commits the University to recognising the value of serving personnel, reservists, veterans and military families through research; education and training; improving access to higher education; and promoting and advocating support to staff, students and the wider community.

Nine East Midlands universities made this commitment on 7 February at a ceremony held at the University of Leicester, attended by Loughborough University London Operations Director Chris Euden.

He commented: “It was an honour to represent Loughborough University at the ceremony. Loughborough has a long tradition of supporting the Armed Forces community and the re-signing of the covenant allows us to build upon this commitment in the years ahead.”

“In particular the commitment to encourage students to become Reservists, and paid leave for existing Reservists to undertake their annual training commitments is very welcome and sets a potent example for peer organisations in the education sector.”

More information on the Armed Forces Covenant is available here.