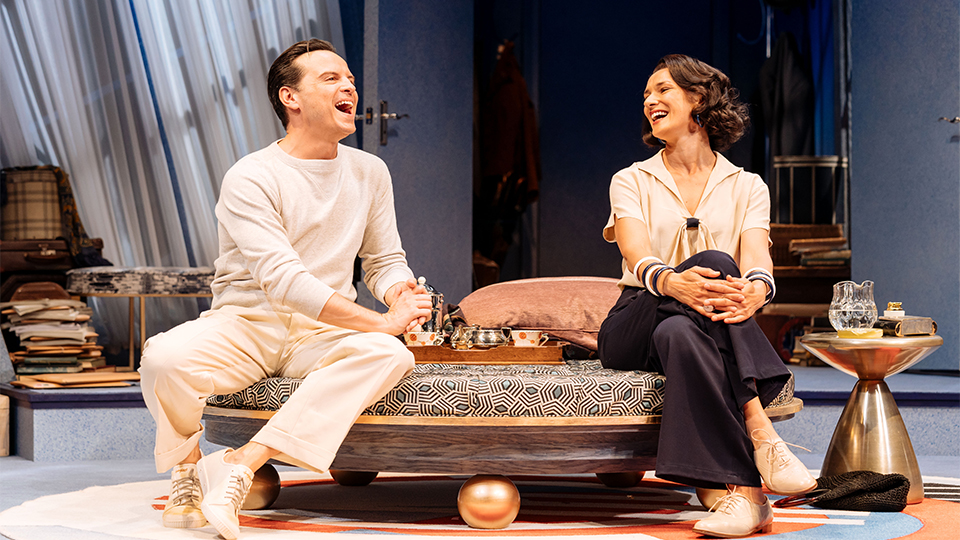 Starring Andrew Scott of BBC’s Sherlock and Fleabag fame, Present Laughter follows famous actor Garry Essendine as he prepares to embark on an overseas tour. His colourful life gets closer and closer to spiralling out of control as Garry is engulfed by an escalating identity crisis as his many and various relationships compete for his attention.

His last few days at home are a chaotic whirlwind of love, panic and soul searching. Noel Coward’s provocative play is a giddy and surprisingly modern reflection on fame, desire and loneliness.

Filmed in front of a live audience at The Old Vic in London, this revived comedy directed by Matthew Warchus has received excellent reviews. The Times gave it five stars whilst the Financial Times gave it four stars, describing it as “a treat of a production.”

The screening starts at 7pm with a running time of 80 minutes.

Tickets are £10 or £5 for students. These can be purchased online or on the door (subject to availability). Please note that card payments can now be taken on the door.

There is also free parking available outside the Cope Auditorium.

NT Live has just announced two new screenings for the new year which will come to Cope Auditorium and are on sale now. James MacAvoy will star in Cyrano de Bergerac on 20 February and Maxine Peake will star in a brand-new play by Lucy Kirkwood, The Welkin, on 21 May 2020.