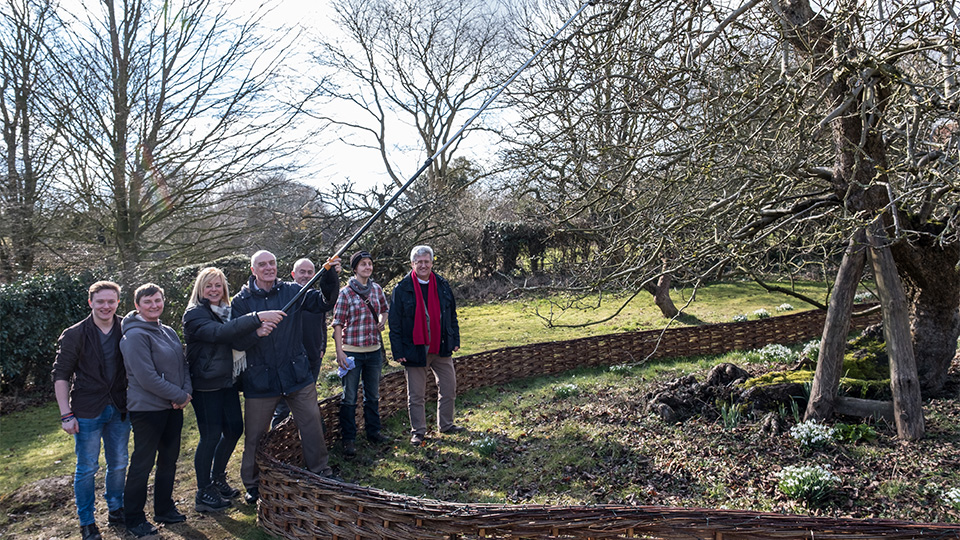 A prestigious annual lecture hosted by the University will be commemorated with the planting of a direct descendant from Sir Isaac Newton’s apple tree. 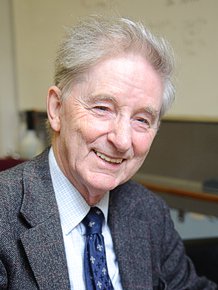 This year’s Sir David Wallace Lecture will be delivered by Dr Richard Keesing from the University of York, a renowned expert in the history of Sir Isaac Newton’s apple tree and the discovery of universal gravitation.

His talk, A brief history of Newton, gravity and the apple, will provide an informative overview of his research on this pivotal moment in history and the myths surrounding it.

The lecture will take place on Thursday 14 November at 5pm in the Brockington Building (Room U020). Attendance is free but places must be booked online in advance.

Prior to the lecture, staff, students and guests will be invited to a special ceremony to mark the official planting of a grafted cutting from Sir Isaac Newton’s apple tree.

The five cuttings were gifted to Loughborough University’s Mathematical Sciences Department in March 2018 as part of an informal co-operation between the Department and the National Trust at Woolsthorpe Manor, where the original tree resides at Newton’s childhood home.

This very tree – an old variety known as ‘Flower of Kent’  –  is what inspired Newton to discover the law of gravitation after questioning why objects fall straight to the ground.

Over the last twenty months, the University’s Gardens team have nurtured the cuttings until they were developed enough to be planted on the campus.

This process was made possible by one of the arborists attending a specialised grafting course to learn how to splice the tiny cuttings onto host stems known as rootstocks. The successful grafts then joined together permanently and grew as one single organism.

The University’s Gardens Manager Kaz Setchell commented: “Being included in this process has been very interesting and informative for myself and those team members directly involved, this was something totally different from our regular maintenance work.”

The tree will be planted outside the Schofield Building by Sir Michael Berry and Sir David Wallace (a previous Vice-Chancellor of Loughborough University) on 14 November as a reminder of the significant contribution Sir Isaac Newton made to physics and mathematics.

The Sir David Wallace Lecture series began in 2014, inviting prestigious mathematicians to the University to give a talk on their pioneering research. They are aimed at a wide audience, including PhD students and undergraduate students. Previous lectures have been presented by Sir Michael Atiyah, Sir Michael Berry and Professor Cedric Villani.