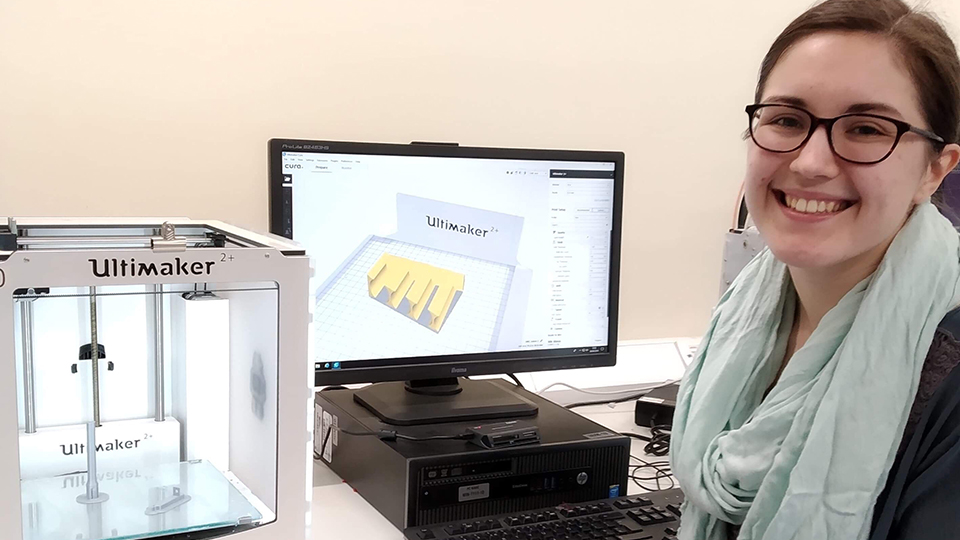 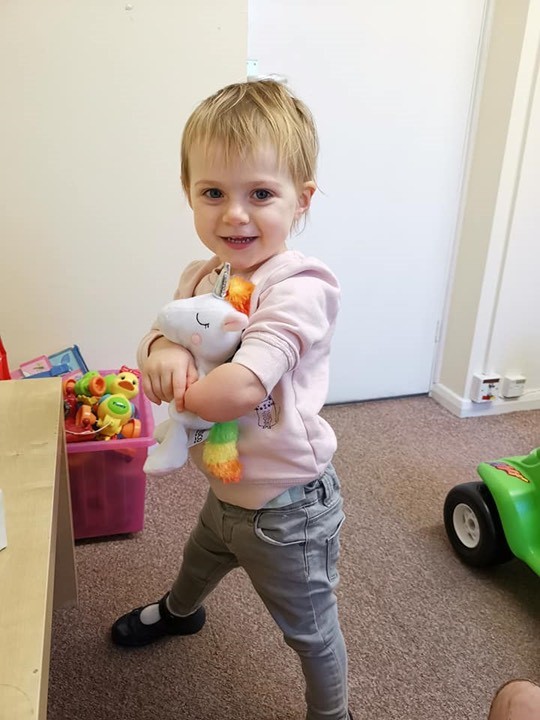 Zoey was the inspiration for Kate when designing the product.

Kate Walker – who is studying an MEng in Product Design Engineering – was awarded the prizes last month based on her business idea which she hopes will help people from across the world.

She has designed a prosthetic arm for children which would grow as the individual grows, and was inspired after her friend’s daughter was born without a left arm from the elbow.

Using 3D printing, she plans to make the product available in a range of colours and costing just £50 per unit.

The prosthetic ‘grows’ through a series of simple moving parts, and a set of strings enable the hand of the prosthetic to move.

Talking about her success in the competition, Kate said: “I went into Ingenuity19 hoping to learn more about enterprise and develop my own business.

“From the offset, I had a good feeling about the competition and was hopeful that I’d make it to the pitching stage. At the awards ceremony I was completely taken by surprise at the awards that I received; some of them I didn’t even know I was eligible to win.”

She continued: “It was fantastic to be awarded the People’s Choice Award, as it showed how much support I have already gathered for the business. The pinnacle of the evening was being awarded Experian’s Entrepreneur of the Year, the money from this prize alone would allow me to cover patent and manufacturing costs for the next year.”

“The funding will allow me to work full time on my business for the next year, with the aim of beginning sales in 2020.”

Kate was announced as the recipient of the following awards: 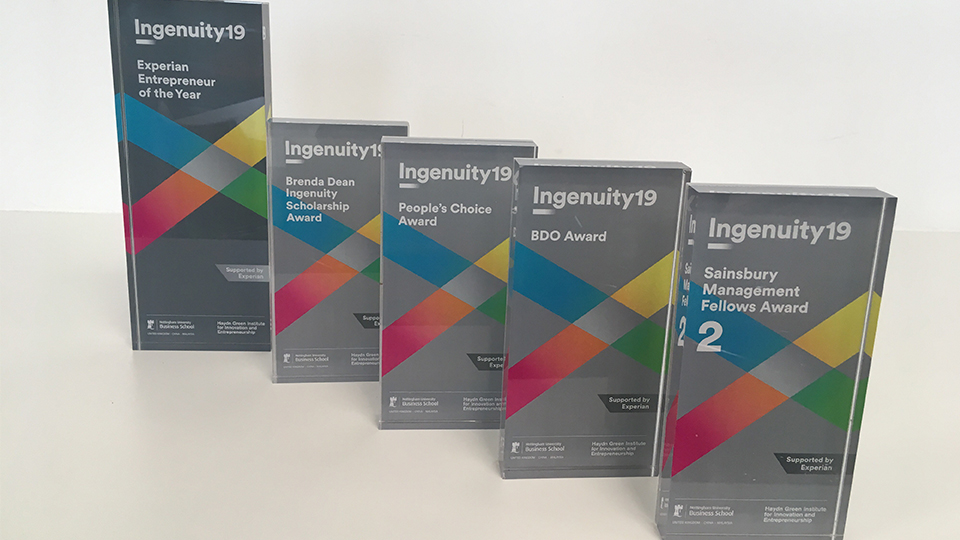 Two graduates from the University were also in the final, Charlotte Wilton with B Our Bridge – a product and service that facilitates cashless donations to the homeless – and Dr Avinoam Baruch with Previsico, which provides modelling flooding in real time, using the latest weather predictions to make street-level flood forecasts.

Ingenuity19 is an annual event hosted by the University of Nottingham which looks to discover enterprising ideas which could transform the future. It is open to students, businesses and members of the public to apply.

As a Start-Up Lab student, Kate was also recently awarded £2,500 from Loughborough’s Enterprise Network alongside five other student and graduate businesses.