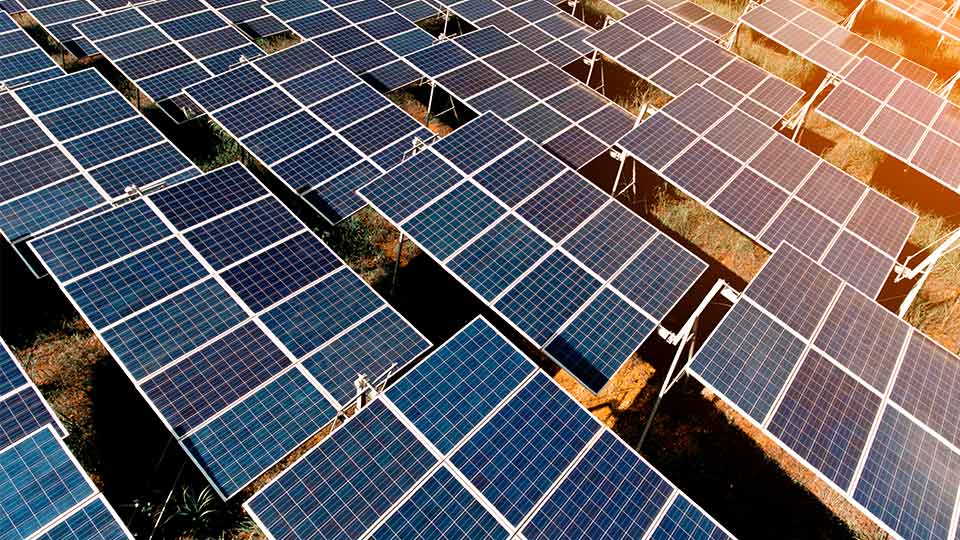 A Loughborough University PhD student has helped shed light on a solar panel puzzle that could lead to more efficient devices being developed.

Most of the world’s solar power is currently produced by solar panels – also known as photovoltaic panels – that are made of silicon.

Recently, new solar panels have been created that are made from a semiconducting material called cadmium telluride (CdTe).

CdTe panels have been found to produce electricity at lower costs than silicon panels and there has been a dramatic gain in efficiency brought about by adding an element called selenium to the cadmium telluride.

As a result, electricity from CdTe solar farms is being produced more cheaply than it is from fossil fuels giving economic as well as environmental benefits around the world.

Until now, it was not well understood why selenium increases efficiency but thanks to Tom Fiducia, a PhD Research Student in the Centre for Renewable Energy Systems Technology (CREST), and an international team of researchers, the puzzle has been solved.

Tom has worked with leading solar experts from CREST, Durham University, the University of Oxford and Colorado State University, in the United States, to explore the effect selenium has in solar panels and the group has had their findings published today in Nature Energy – a monthly peer-reviewed scientific journal which only shares the top energy research across the natural and social sciences.

Their paper, titled ‘Understanding the role of selenium in defect passivation for highly efficient selenium-alloyed cadmium telluride solar cells’, has revealed that selenium works by overcoming the effect of harmful, atomic-scale defects in CdTe panels.

This explains the increase of efficiency as electrons (subatomic particles that carry electricity), which are generated when sunlight hits the solar panel, are less likely to be trapped and lost at the defects. This increases the amount of power extracted.

Tom, who is the lead author of the paper, says the team discovered this “unexpected” behaviour by measuring how much light is emitted from selenium-containing panels.

As selenium is not evenly distributed across the panels, they compared the ‘luminescence’ emitted from areas where there was little-to-no selenium present and areas where the selenium was very concentrated.

Tom explained: “While it seems counter intuitive, good solar cell material that is defect-free is very efficient at emitting light, and so luminesces strongly.

“We mapped the luminescence emitted from a selenium-containing solar cell at a resolution of around 1/10,000th of a millimetre and compared it to a similarly high-resolution map of the selenium concentration taken on the exact same area of the cell.

“It is strikingly obvious when you see the data that selenium-rich regions luminesce much more brightly than the pure cadmium telluride, and the effect is remarkably strong.” 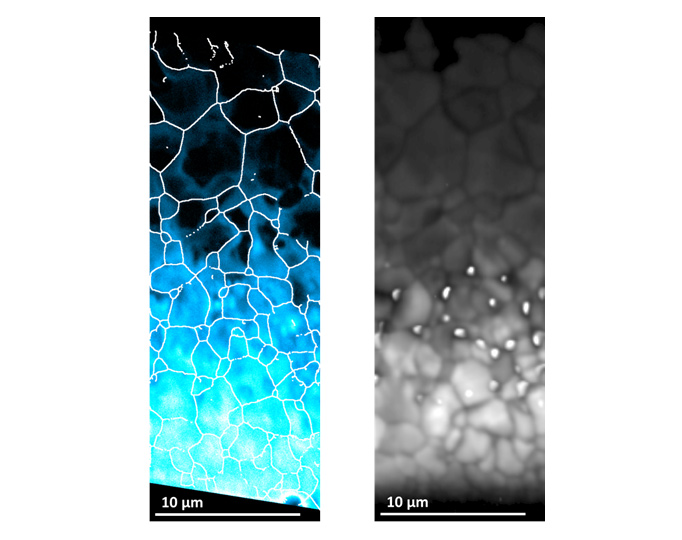 Tom hopes the findings will lead to improved solar panels and increased usage across the globe.

He commented: “Now that the selenium-induced efficiency improvement is better understood, it may be possible to use this knowledge to increase the efficiency of cadmium telluride solar panels even further.

“For instance, this could be by simply increasing the amount of selenium in the devices or altering its distributions within the cell.

“If efficiency can be increased, this would further decrease electricity prices and have a direct positive impact on regions that adopt the technology.”

Of appearing in Nature Energy, he said: “It’s nice to have some reassurance that your work is going along the right lines.

“I hope that the results can be useful to other researchers and ultimately make a positive impact.”

Professor Michael Walls, Professor of Photovoltaics and the academic overseeing Tom’s PhD research, said: “Now we know how the selenium improves the solar cell efficiency, it should be possible to improve the power output still further.

“It’s a great example of an international team working together contributing their expertise and facilities and developing a fundamental understanding of how devices really work.”

The full ‘Understanding the role of selenium in defect passivation for highly efficient selenium-alloyed cadmium telluride solar cells’ can be found here.