A Loughborough PhD student will travel to the UN headquarters in Switzerland to promote her work which uses social media to engage people in emergency risk communication. 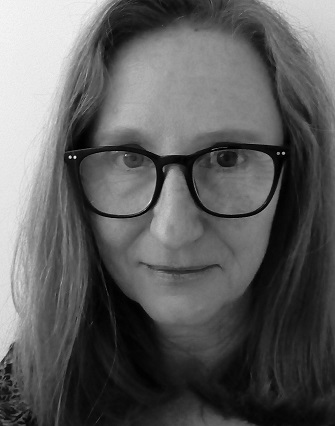 Monika Al-Mufti will fly from Heathrow on Sunday and spend a week in Geneva where she will attend the Global Platform for Disaster Reduction – a prestigious event attended by world leaders and experts.

Her aim is to raise awareness of the 30days30waysUK campaign, a month-long initiative which runs during September, and basis for Monika’s research.

She said: “The conference in Geneva is the global platform to track and report on the progress of the SENDAI framework – which is the almost universally ratified way to reduce disaster risk globally.

“My overarching aim is to learn and network at the event.

“Many countries and agencies are conducting emergency risk communication campaigns.

“However, they are usually focused on early warning or 'just in time' notifications.

“Very few 'real' preparedness campaigns exist and even fewer that take an evidence-based approach, arising from positive psychology, which are gamified for more engagement.

“I want to raise awareness of our open source #30days30waysUK approach as potentially anyone, small or large is able to organise a locally meaningful campaign from the ground up.

“Social media use is ubiquitous and so these are good platforms for dissemination and engagement.”

‌The campaign aims to prepare communities for all kinds of emergencies

She spent 15 years in Egypt but moved to the UK in 2002 after two large earthquakes substantially affected her livelihood.

The experience is part of the reason why she became involved in the 30days30waysUK campaign.

“I was born in Zurich and grew up in the lovely town of Luzern surrounded by lakes and mountains.

“This may sound idyllic and it was yet the world is my oyster and so I've been an expat most of my life.

“My longest stay was in Egypt for sixteen years and nowhere in the UK.

“I moved to England in 2002, for personal reasons mostly.

“My parents-in-law were living in London and needed more help as they were getting older.

“At the same time, my daughter needed schooling.

“After 9/11 a lot changed in the Middle East and prior to that, we suffered two large earthquakes.

“All considering, we decided to move to London and start again.”

Originally, 30days30ways was first conceived in 2010 by the Clark Regional Emergency Services Agency in Vancouver, Washington, and ran over email, which remains a strong aspect of their approach.

However, the concept moved onto twitter in 2011 as @30days30ways, as a way to promote their blog-based method.

In 2015, the Northamptonshire Emergency Planner introduced it to the UK.

“This is where I first came on board,” said Monika.

“Since then the model has enjoyed phenomenal uptake growth.

“Efforts are now underway to expand this further including internationally as part of disaster risk reduction efforts.

“Naturally, it is imperative to ground these efforts at best practise and provide a sound evidence base which is the raison-d’être for this PhD.”

Welcome to #30days30waysUK and #30days30ways
an Emergency #Preparedness Game on social media to boost your personal resilience. Follow the hashtag throughout '#September is #Preparedness Month", like-share-comment, do the daily challenges #BePrepared!#DRR #SMEM #EM

Last year, the campaign had a following of 386 organisations, including the Environment Agency and the Met Office, as well as 64 local authorities and a number of national emergency services and volunteer groups.

The methodology is free and completely open source, adaptable and transferable to any local contexts,” said Monika.

“Community resilience starts with personal preparedness and is best built from the ground up involving many different local stakeholders.

“There is no single recipe for success, yet our framework is a proven road map.”