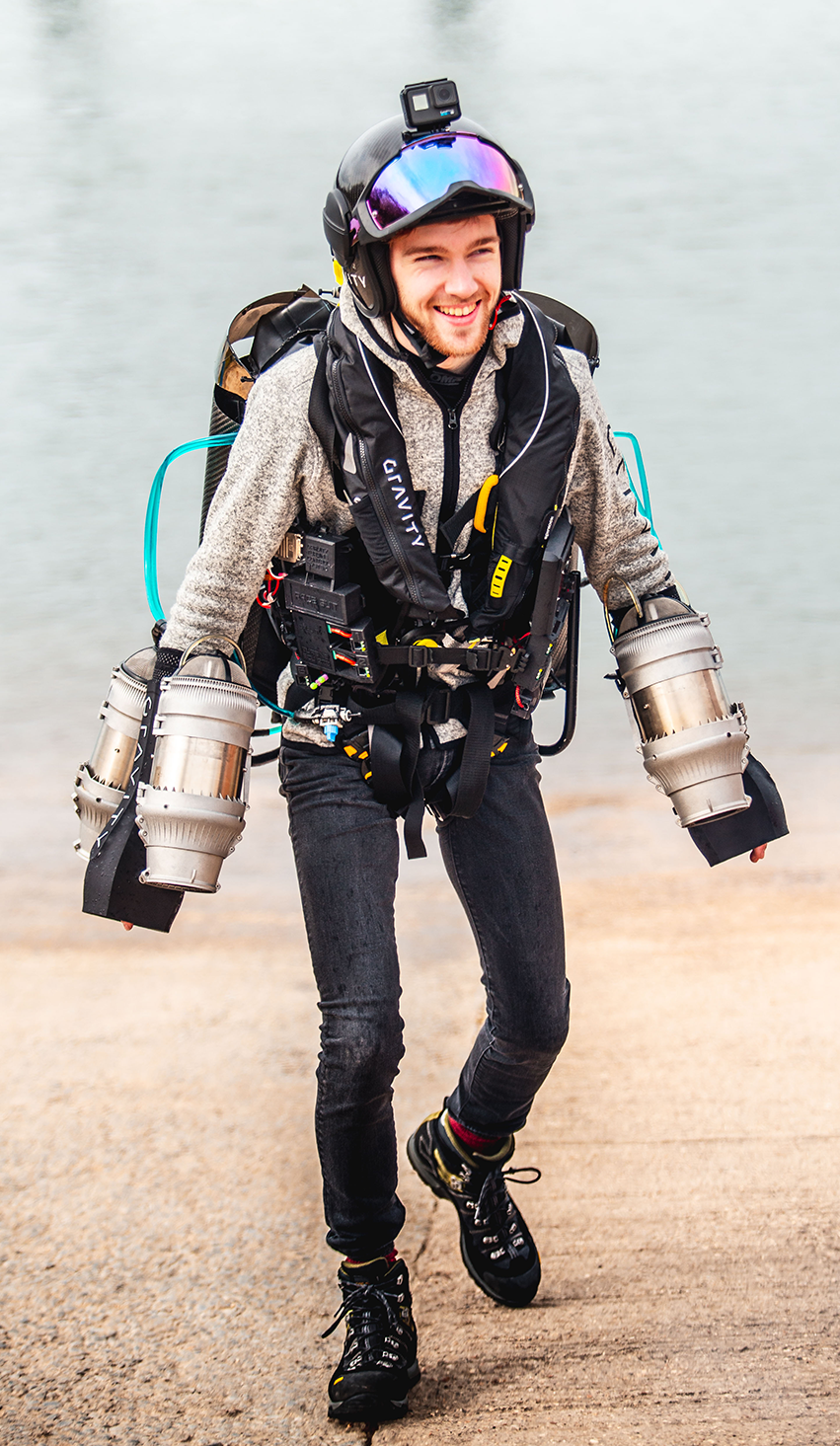 The five-turbojet engine race suit printed entirely in aluminium, steel and nylon was developed as part of Sam’s degree and will take to the sky on Friday (14) in front of the Loughborough Design School.

Members of the public and press are welcome to join the crowds on campus from 12.30pm to watch the pioneering 1,000BHP (brake horsepower) flying machine.

The company which produces the suit, Gravity Industries, has demonstrated the suit at more than 81 events, in 26 countries, in the 18 months since it was launched – including at four TED talks and two Wired events.

“Five turbojet engines spooling up on your body is a very intense and visceral experience,” said Sam.

“To learn to balance, control and fly under that power feels very dynamic and the freedom of movement once airborne is like nothing else.”

The suit has kerosene-fuelled turbines on the back and on the arms, each with 22kg of thrust, with the controls located inside the grip handles.

It has been created to fly from launch pad to landing point regardless of the terrain – land or water – with an altitude limit of 10,000ft.

“Multiple versions of the suit were tested with leg engines and various other engines configurations,” said Sam.

“And turbines on the arms and back was the optimal configuration.

“I redesigned the suit from traditional materials to being entirely 3D printed in aluminium, steel and nylon, which reduced the time and cost of building the suit.”

But the technical development has not stopped.

Sam said that plans are now in the pipeline for a faster, more powerful and lightweight suit as well as wing prototypes for horizontal flight.

Sam’s project has benefitted from support from staff from the Design for Digital Fabrication research group.

Dr Andrew Johnson, Lecturer in Product Design and group member, said: “This project is a great way to highlight that additive manufacturing is playing an ever-increasing role in the design and manufacture of prototype and end-use products.”

The jet suit will be showcased among more than 100 student projects at the University’s Design School.

The Design Show 2019 – which opens on Thursday 13 June and runs until Saturday 15 June – will feature ideas which provide a service or solution to a societal problem, such as health-related issues, safety in the home and helping the environment.