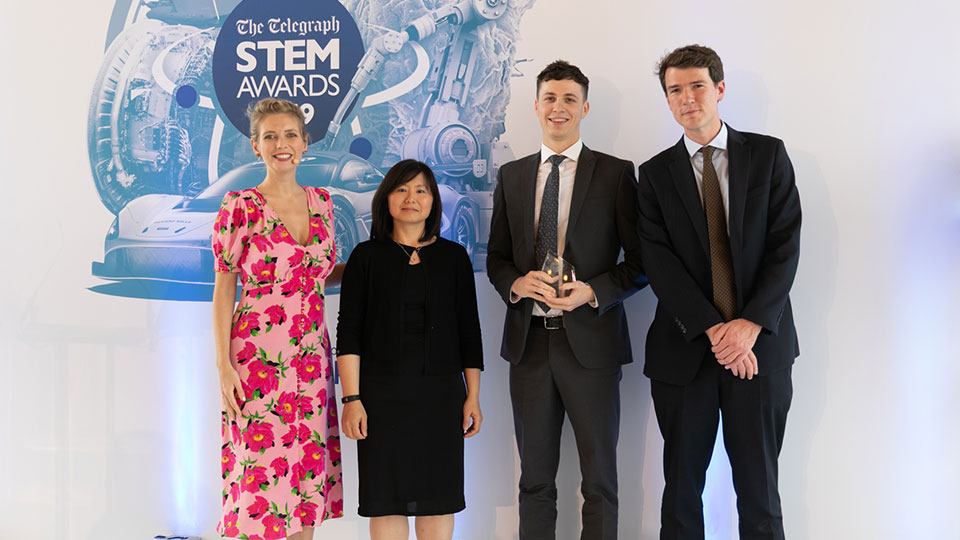 Industry sponsors set challenges for entrants to present their solutions – and over 10,000 entries were submitted.

“How would the armed forces of tomorrow stay connected in the future and what equipment would they need?”

Nick developed a blockchain communications system, allowing different sections of the military to communicate without a central authority and creating an almost hackproof network.

He commented: “I used what I was developing for my final year project as my competition entry, so it was great to be able to present my idea to industry experts and get their feedback.”

In order to reach the final Nick had to showcase his work to industry experts at BAE Systems and at the ceremony in London he presented to Jon Hall, Managing Director of Babcock International Group; Alan Tovy and Henry Bodkin, The Telegraph; and TV personality Rachel Riley.

On his success, Nick said: “Winning the defence category against so many other brilliant ideas felt great.”

After graduation, Nick sees himself working in a STEM career, proactively trying to solve some of the world’s largest problems.