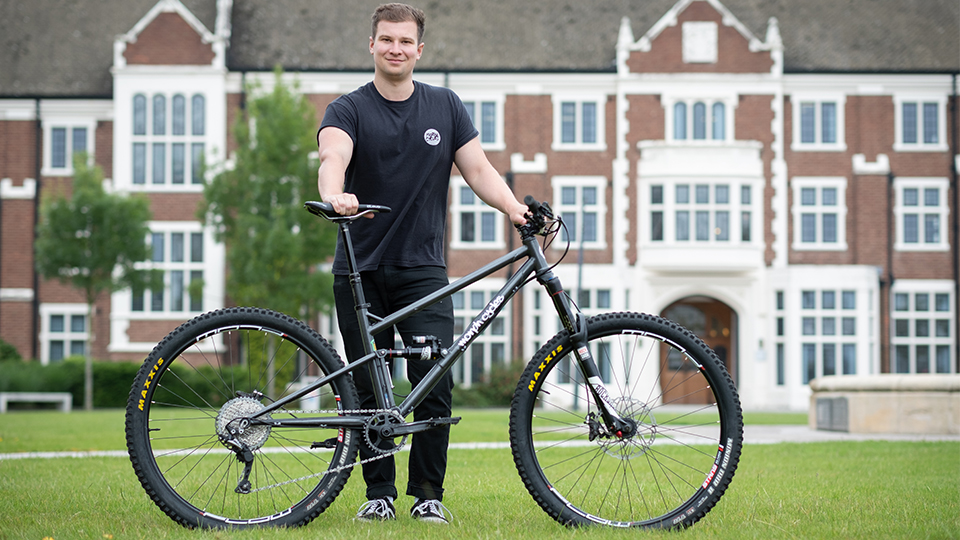 A final-year student who will be graduating later this month has finished making his first super-versatile mountain bike frame as part of his business venture.

Tom was originally inspired to work in the mountain bike industry after being offered the chance to take an internship at Specialized, a Californian bike company.

Due to a number of factors including costs and timing, he was unable to do so, but instead decided he would see what he could achieve himself.

Tom already had an idea about what bike he would like to design and knew there were lots of other cyclists like him that would also desire a specific design - so, Morph Cycles was created.

Professional and experienced mountain bikers generally have multiple bikes; some that go better uphill and some that are better suited to downhill. This is because the suspension and frame-geometry requirements are different for going uphill than downhill.

Tom’s latest design can do both.

It’s compatible with a 140 (trail riding) or 160 (enduro) bike fork, and because of its single pivot it is simple to maintain. 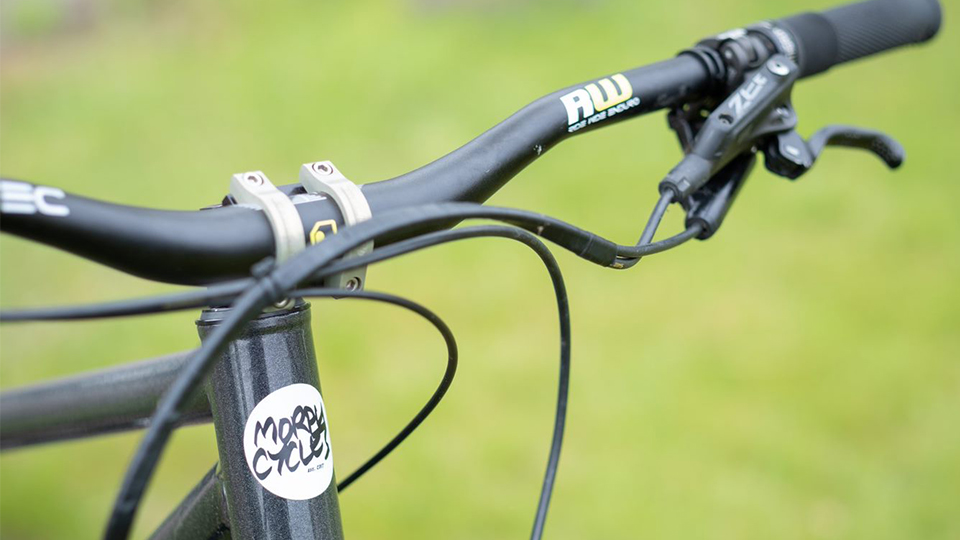 During his Year in Enterprise, Tom worked hard on finalising his designs and during his final year of study has continued to work part-time on the business.

He manufactured parts of the bikes himself using University workshops and was supported throughout the year by Technicians based in Wolfson School and Loughborough Design School.

"I did the Year in Enterprise because I wanted to expand my knowledge of mountain bike frames and hopefully start a company that is going to be successful and that I can grow and work for in the long term and also learn about running a business first-hand," said Tom.

The frame was brazed and assembled by Baudou Bikes in Toulouse, who were keen to work on the project with Tom and started doing so last September.

Tom visited their workshop when he could by working around his studies, and sent the parts out in February so Baudou Bikes could put them together.

He has already received interest in the product and has been approached by potential customers and specialist cycling publications.

In addition to bike frames, Tom is also selling merchandise such as branded t-shirts and stickers.

Talking about his venture so far, he said: “It’s all looking very promising. Even if I don’t decide to pursue it full time after university and I get another job instead, it will have been an awesome journey and learning experience.

“It means the world to me to have this first frame finished. For me it represents not only my brainchild coming into fruition, but also all of my development as a designer, engineer, businessman and as a person over the last four years. It's been amazing to finish my time at Loughborough on this high note.”

He was one of the first students to receive support through Loughborough Enterprise Network’s Start-Up Fund – an initiative designed exclusively for Loughborough students and graduates to pitch for up to £5,000 to help them with their new venture. Established in January 2018, the Start-Up Fund has supported 29 businesses to date with combined funding of over £72K.

Discussing what else the Loughborough Enterprise Network have done to support him, he said: “Amanda Berry and Paul Humphreys from the Year in Enterprise placement scheme were excellent at teaching me to take myself seriously, to take my ideas seriously and to go through more structured and formal processes.

“I think without them I would have always felt like a student ‘having a go’ rather than the owner of a viable start-up.”