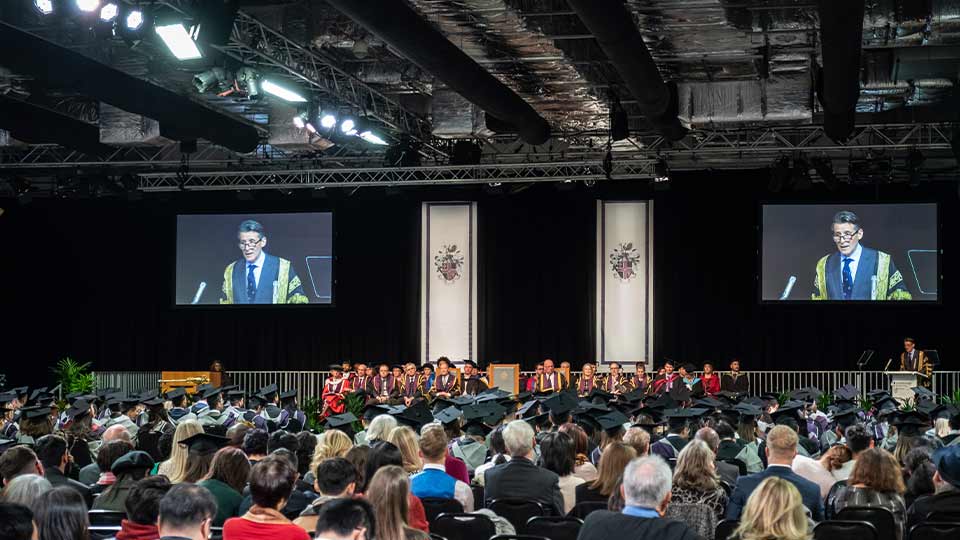 Loughborough University London celebrated its fourth graduation yesterday (Wednesday 11 December), honouring the achievements of the class of 2019 and celebrating one of the most powerful figures in British sport. 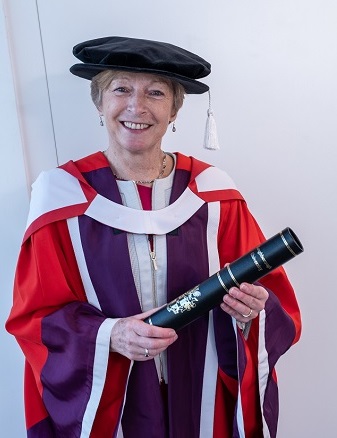 The ceremonies at the postgraduate campus were presided over by Lord Sebastian Coe, Chancellor of Loughborough University, and saw Liz Nicholl CBE receive an honorary degree in recognition of her outstanding contribution to British high performance sport.

Once described as the most powerful woman in British sport, Liz is the former Chief Executive of UK Sport and has presided over record performances by Team GB in recent Olympic and Paralympic Games and transformed the UK high-performance system.

Liz joined the Loughborough family in 1977 as a postgraduate student, studying for an MSc in Recreation Management. Growing up, Liz played netball and she represented Wales in international netball competitions including two world championships, with 22 caps between 1975 and 1979.

In 1980 she was appointed as Chief Executive of England Netball and served in this role for more than 15 years.

Liz joined UK Sport in 1999 as the Director of Elite Sport. She was appointed as Chief Operating Officer in 2009 and a year later was named its Chief Executive Officer (CEO).

Over the next ten years, under Liz’s guidance, Team GB significantly improved their performance at international sporting events, including record performances at London 2012, Sochi 2014 and Rio 2016. In doing this Team GB became the first country to increase its medal count at both the Olympics and Paralympics immediately after hosting the Games.

Liz retired as CEO of UK Sport in July 2019 and was later named as the new President of the International Netball Federation ahead of the 2019 Netball World Cup.

“It is also a particular pleasure to be able to acknowledge the work and contribution to sport of Liz Nicholl to whom we are awarding an honorary degree.”