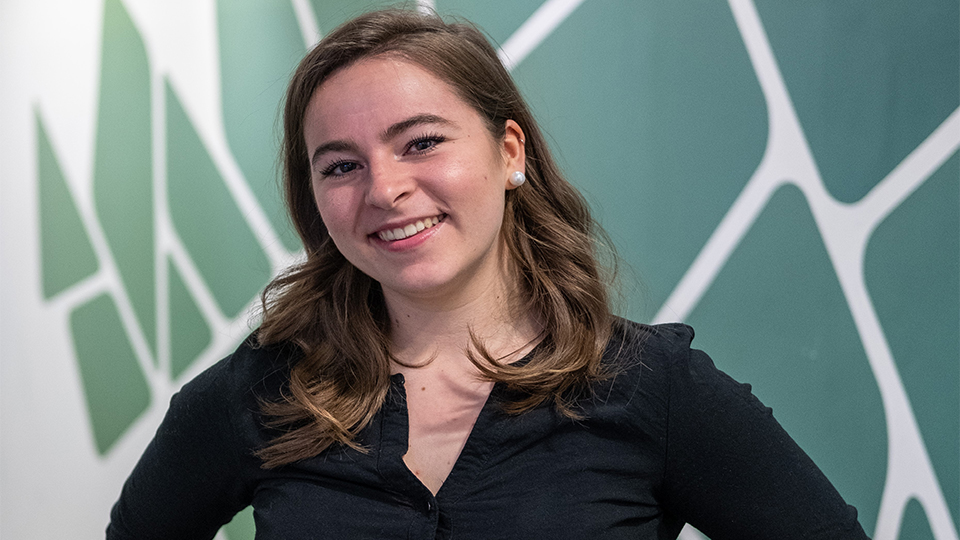 A student from Loughborough University has reached the finals of the UN’s Global Youth Video Competition.

Faustine Elyn-De-Castelbajac – who is studying a master’s in Digital Media and Society – is one of twenty people from around the world who have had their videos shortlisted.

Earlier this year, young people aged between 18 and 30 were encouraged to share actions they had undertaken to combat climate change via a short video that focuses on one of three competition categories.

Faustine submitted her video for the Nature based solutions for food and human health category. The other categories in the competition were Cities and local action to combat climate change and Balancing use of land for people and ecosystems.

In her entry, Faustine discusses the impact of food waste in Europe and the touchpoints where it may happen, such as during production or distribution due to logistical problems.

She goes onto to discuss the ways herself and citizens have tried to tackle the problem in recent years, through initiatives such as no food waste shelves at the supermarket and anti-food waste apps.

The winner of each category will be invited to attend and present their video at the UN Climate Change Conference – otherwise known as COP25 – in front of a global audience, which takes place in Chile in December.

Speaking about the competition, Faustine said: “I’ve been inspired by Loughborough Student Union's actions to fight waste at the end of the last academic year.

“I hope my video equally inspires students to act and reduce food waste. There is a lot to be said at the COP25 about this subject, so receiving the support of the Loughborough community and being able to attend the conference would mean the world to me.”

To win her category, Faustine needs to try and secure the most video views. To watch her film, click here.

More shortlisted videos can be found by viewing the Youth Climate Report Map on the official website.