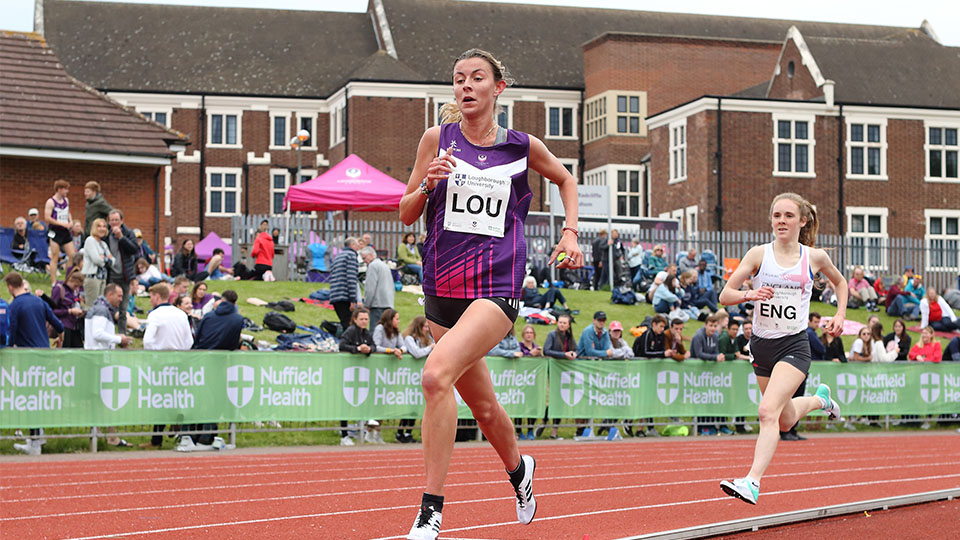 It has been a busy few weeks for athletes at Loughborough with students competing in the World University Games in Naples and the European U23s and U20s Championships, both in Sweden.

Jess Judd topped her previous bronze in the 5000m to claim gold in Italy, with a personal best by 18 seconds. There was also success for Loughborough alumna Taylor Campbell, who won his first international senior medal with a new PB in the Men’s Hammer.

In Sweden, Cameron Fillery reached a new PB in the 110 hurdles semi-finals and clinched the bronze in the finals. The 4 x 400m had Alex Haydock Wilson taking the lead leg, helping to win the silver medal.

The following week saw the U20s European Championship and success for Georgina Adam in the women’s 4 x 100m where they took gold. The competition also saw Seamus Derbyshire achieve a lifetime best, gaining a time under 51 seconds and going on to win silver in the 400 hurdles. Joshua Lay also won bronze in the junior 1500m.

“We are delighted of the success the athletes have hard over the past few weeks. Championship success is never easy to attain, so the athletes and their coaches should be very proud of themselves.”

Results for all competitions can be found below: