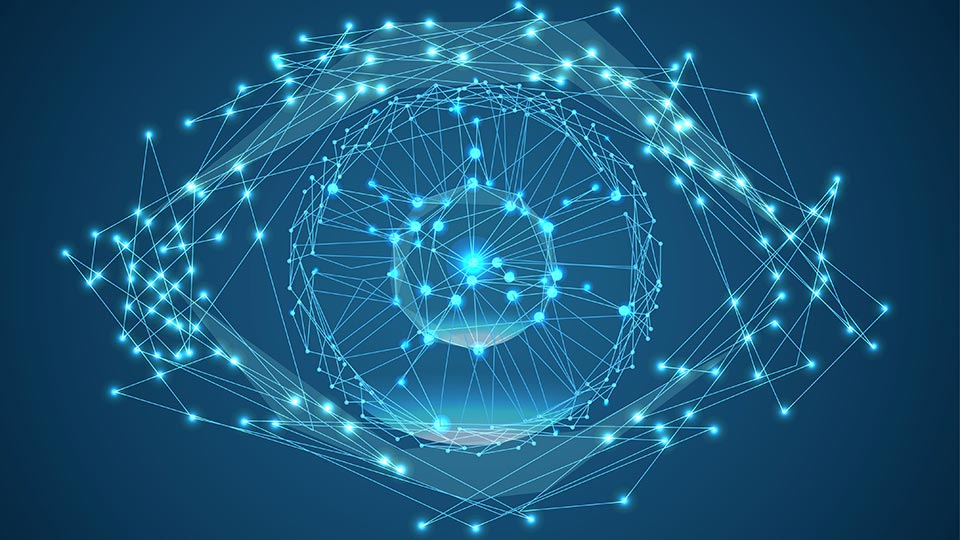 Eye-tracking tests may be key to predicting who will develop Alzheimer’s disease, study finds 22 August 2019

NEW research has found that it may be possible to predict if people with mild memory and thinking impairments will go onto develop Alzheimer’s disease using eye-tracking technology.

Dr Thom Wilcockson, of Loughborough University’s School of Sports, Exercise and Health Sciences, says he hopes the findings in the new paper he is the lead author of will contribute towards the early diagnosis of patients at an increased risk of the condition and ensure interventions can be put in place sooner.

The study, which has been published in the Aging journal, further supports that eye movement impairments have the potential to be used as a biomarker (an indicator) for Alzheimer’s disease and eye tracking is a promising diagnostic tool.

It also reveals that eye-tracking tests can identify patients considered to be at high risk of developing the disease.

The research is based on work by senior author Dr Trevor Crawford of Lancaster University, where Dr Wilcockson worked before joining Loughborough.

The study, which was funded by the Engineering and Physical Sciences Council (EPSRC), was carried out in collaboration with the University of Oulu, Aston University, Trinity College, University of Manchester and the Greater Manchester Mental Health NHS Foundation Trust.

It is hoped this research will contribute towards the development of eye-tracking methodologies for early diagnosis of patients at an increased risk of the condition.

Dementia is the name for a group of symptoms that commonly include problems with memory, thinking, problem-solving, language and perception.

It is not a disease in its own right but is caused by diseases that damage the brain by causing a loss of nerve cells.

Alzheimer’s disease is a severe neurodegenerative disease of the human brain and the most common cause of dementia.

There is currently no cure for Alzheimer’s, however, treatments may temporarily ease some symptoms or slow down their progression in some cases.

Current diagnosis of Alzheimer's relies largely on documenting mental decline, which can be problematic as, by the time it has been identified, the disease may have already caused severe brain damage, rendering some treatments ineffective.

Researchers and dementia charities hope to discover an easy and accurate way to detect Alzheimer's before these symptoms begin. 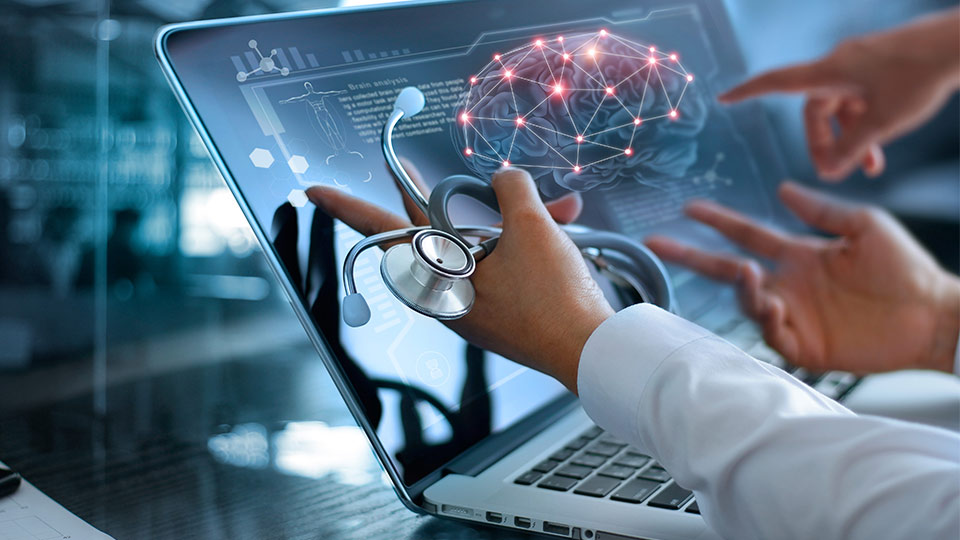 Mild cognitive impairment as a path to early diagnosis

Previous research has shown that individuals with MCI – a slight but noticeable decline in cognitive abilities, including memory and thinking skills – have a significantly increased risk of developing Alzheimer's disease compared to people with normal cognitive function.

Individuals with MCI have a problem with memory or another mental function serious enough to be noticeable to themselves and those close to them and to show up on traditional, mental status testing.

These problems, however, are not severe enough to interfere with daily activities and so the person does not meet current diagnostic criteria for Alzheimer's or another dementia.

Though people with MCI are more likely to develop Alzheimer’s disease, MCI does not always lead to dementia and in some cases, MCI reverts to normal cognition or remains stable.

There are a number of MCI subgroups and some are of greater risk of developing into Alzheimer's than others.

Two that are of interest to researchers are amnesic MCI, abbreviated as aMCI, and non-amnesic (naMCI).

In aMCI, memory loss is predominant whereas individuals with naMCI have impairments in other domains than memory.

People with aMCI have been found to be at much greater risk of progressing to Alzheimer's disease than healthy adults or patients with naMCI.

It is hoped a means can be developed that'll allow experts to differentiate between aMCI and naMCI patients. 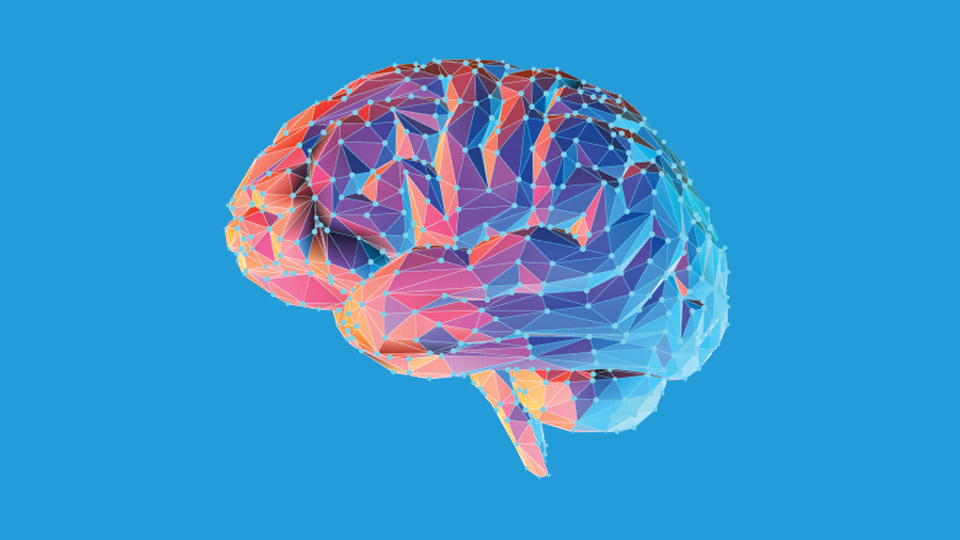 Eye movement impairments as a biomarker

In the quest to find an early diagnosis test, researchers have been looking to identify biomarkers – ‘biological markers’ that can be measured to accurately and reliably indicate the presence of disease (for example, insulin is a biomarker for diabetes) –  for Alzheimer’s disease and develop new methods to identify them as current biomarker procedures are either invasive, such as lumbar punctures, or expensive.

Eye movement impairments – such as being unable to stop an incorrect eye movement and instead direct the eye in the appropriate direction – are being explored as patients have been known to develop these impairments in the very early stages of Alzheimer’s disease, before cognitive issues, such as speech, judgement and thinking impairments, are revealed.

However, until now, no study has investigated how eye movement impairments differ between the aMCI and naMCI subgroups.

The participants were required to complete ‘antisaccade tasks’ – simple computer tasks where participants are told to look away from a distractor stimulus.

For example, if a stimulus, such as a dot, appears on the right of the screen, participants are instructed to look to the left, and vice versa.

From this, the researchers calculated the ‘antisaccade error rate’ – the total number of times a participant looked at the distractor stimulus – using equipment that recorded eye movements 500 times a second.

The researchers found that they were able to differentiate between the two forms of MCI by looking at the eye-tracking results.

They also found that people with aMCI showed eye movement patterns very similar to those diagnosed with Alzheimer’s disease, providing further support for eye-tracking as a useful diagnostic tool.

Dr Wilcockson said of the study's importance: “The results indicate that it is possible to predict which MCI patients are more likely to develop Alzheimer’s disease.

“This would help with monitoring disease progression and may ultimately help identify whether treatments would be effective.

“This research is extremely important as an earlier diagnosis of Alzheimer’s disease would enable effective treatments, when available, to be administered before pathological changes to the brain are widespread and permanent.

“I hope to build on this research and continue the development of eye-tracking methodologies for early diagnosis.”

The full research paper, titled ‘Abnormalities of saccadic eye movements in dementia due to Alzheimer’s disease and mild cognitive impairment’, can be found on the Aging website here.