Loughborough University is celebrating the academics and projects which tackle some of the most challenging areas of climate change, ecology, sustainability, technology and renewable energy as part of a two-month initiative to highlight environmental research.

Keep up-to-date with the campaign on Twitter with #LboroExperts

The Environment Campaign has been designed by the PR team and will feature dozens of news stories, features, television interviews and editorial pieces based on the work done by numerous Schools and departments.

It has already enjoyed a fruitful soft launch, with articles appearing on BBC Online, the Conversation website, and with a piece about greener supercomputers published last week, in Physics World. 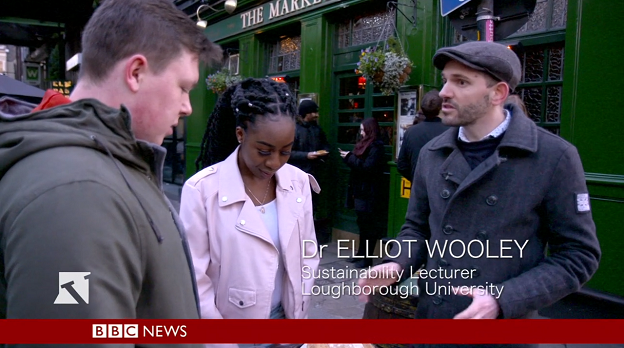 Items will include investigating the ecological impact of invasive river species such as the killer shrimp, capturing CO2 from the air and turning it into green fuel, and a new Centre for Renewable Energy and Systems Technology (CREST) project which sets the national standard for domestic solar energy.

The public’s top questions on climate change will also be answered by experts in the field and a new tool to reduce food waste, based on academic research, will be launched.

Pro Vice-Chancellor for Research Professor Steve Rothberg said: “This exciting campaign is going to highlight our world-class research in areas around climate change and sustainability that could not possibly be more important to every single one of us, both as individuals and as responsible members of the global population. Don’t miss it!”

Dozens of academics became involved in the campaign after answering a call for research stories earlier this year.

The responses included a project about drone – cutting-edge technology which is being used to monitor environmental changes, and another which examines the unique role art can play in highlighting green issues.

Over the next few weeks, the University’s Alumni team are contacting the brightest graduates working in environmental roles all over the world to see how they are leading the way in their fields.

All this is part of the LboroGameChangers initiative, which has been launched to boost the University’s research reputation.

To keep up-to-date with the research published as part of the Environment campaign, click the Focus on: Environment section on the Media Centre.